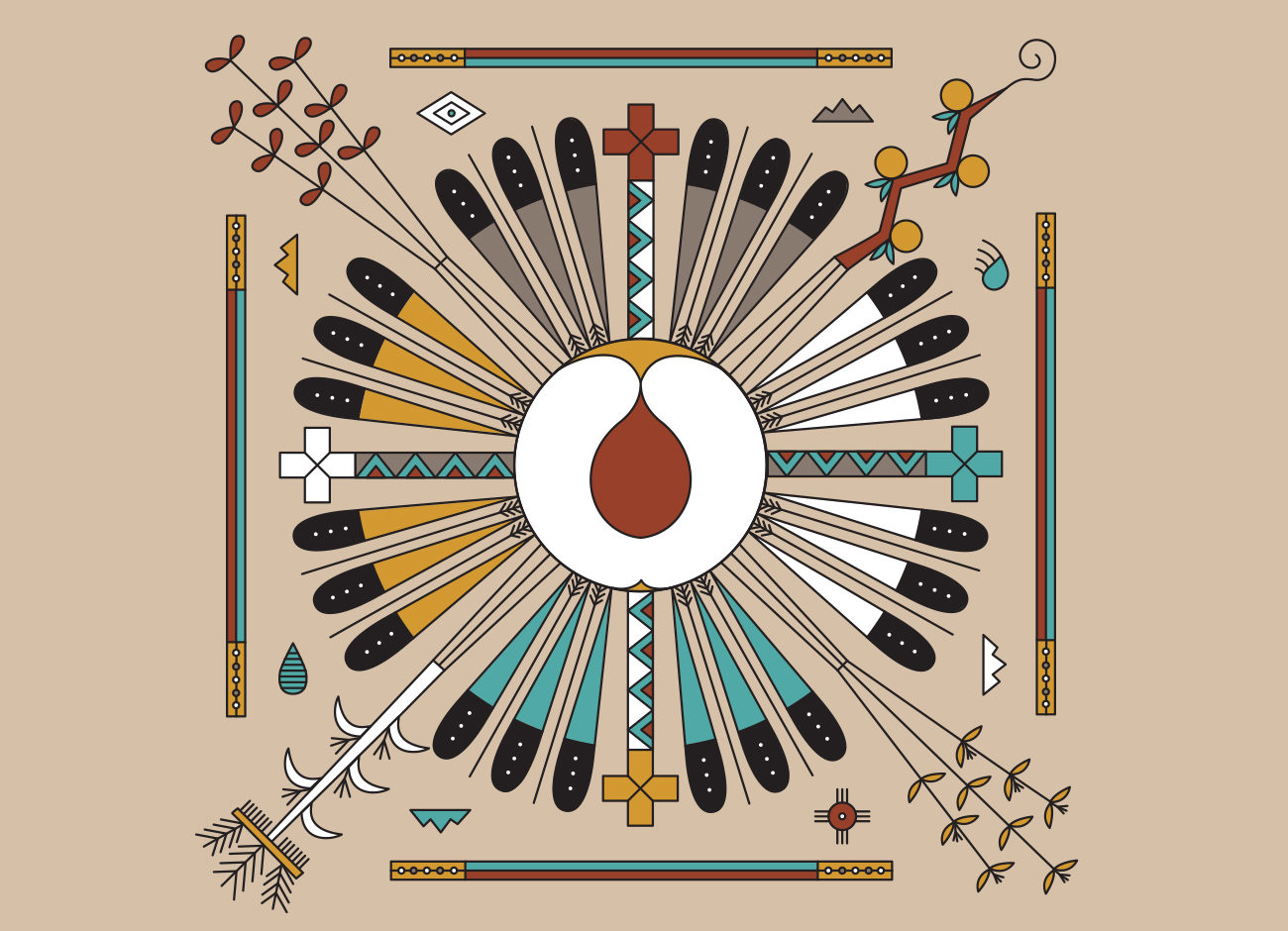 Several dirt miles outside Navajo Mountain, down an isolated canyon navigable only by foot or four-wheeler, a grove of peach trees sways near a creek.

Now, if only they would talk.

Reagan Wytsalucy MS ’19 spent the last six years trying to coax their story from seeds she planted nearly 600 miles north in Thatcher, Utah. They are just starting to whisper.

“I grew up very distanced from my culture,” she says.

The research helps fill “a hole” she felt growing up across the border from Navajo Nation in Gallup, New Mexico. Although many of Wytsalucy’s relatives live on the reservation, she doesn’t speak Navajo. Her journey to learn her culture’s old ways began when she started college. She enrolled at Brigham Young University to study business, but transferred to Utah State University after her father, Roy Talker, suggested another path: why not look into why traditional foods like Navajo spinach and native peaches were disappearing from the Four Corners region? Perhaps she could bring them back.

“As a young man, I would take my grandfather around and ask him ‘where did the peach tree come from.’” Talker says. “He said, ‘They were always there.’ The ancient ones, the Anasazi, had them.”

That’s part of the story Wytsalucy is investigating. What is the origin of the old orchards dotting the Southwest? Are they derived from trees brought by Spanish explorers centuries ago like many historians theorize, or do they pre-date the Spanish missions like some native oral histories suggest? 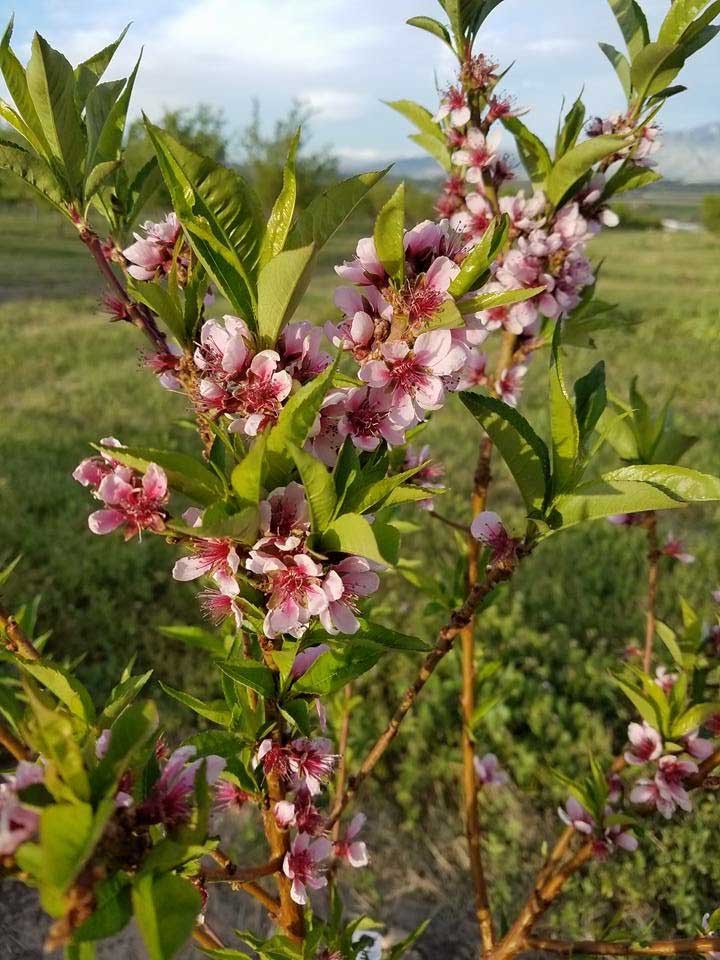 Talker grew up herding sheep in Shonto, Arizona in the heart of Navajo Nation.

Before being sent to boarding school off the reservation like many children of his generation, Talker recalls people maintaining peach orchards harvesting the fruit to dry and reconstitute over the winter. “I remember it tasting like a jam and spreading them on tortillas,” he says. The wild spinach, cleome serrulata, which grows across the Western United States, took longer to cook.

“People nowadays, they don’t really eat it because they don’t know how to prepare it,” Talker says. “My mom would take us down to the canyon because that’s where there was a lot of it. We would pick the leaves and sometimes she would have to boil it twice or three times to get the bitterness out of it. It tasted just like the spinach you would get out of a can.”

But over the decades, he says, both Navajo spinach and native peaches have declined in the region. Wytsalucy is trying to determine if cultivating these plants for agricultural purposes is possible. Her work blends historical research with the agricultural sciences and has taken years to gain the necessary permissions to work on National Park Service land and support from Navajo tribal leaders to enter sacred lands and collect seeds. It has been a diplomatic effort as well as research one.

“I think there’s a humility in her that people respond to,” says USU soils specialist and professor Grant Cardon who began working with Wytsalucy when she was as an undergraduate intern assisting on vegetable research projects.

He and other faculty members quickly realized she was “an idea mill” and encouraged her to apply for an undergraduate research grant to pursue work down on the reservation. Cardon helped her identify ideal soil conditions for potential demonstration projects. They have whittled 10 potential sites down to four, including one on Reagan’s ancestral lands.

“This project has soils, fruit, vegetables, culture, and oral history,” he says. “It’s a really unique project. I call it ‘a signature project’―a real once-in-a-lifetime project that you get to be involved in. It’s reconnecting with her own culture as well.”

In 2016, Cardon, Wytsalucy, and her adviser Brent Black, USU professor and Extension fruit specialist, traveled to Navajo Nation to search for abandoned orchards. Her dad came, too. Wystalucy says this work would not be possible without him. Even though he hasn’t lived on the reservation in decades, “he still has that connection, which I don’t.” But she’s trying to build one and learn Navajo. “There is going to be a time when my father is not here.”

The group found sites with bleached patches of sandstone where people used to boil and dry wild spinach. During the oral history portion of her research, coached by USU folklorist Randy Williams, elders told Wytsalucy that the spinach, known as Rocky Mountain Bee Plant, used to grow all over the roadsides, but is becoming scarce. “They think it’s the water—they are getting less water than when they were growing up,” she says. “They asked me, ‘can you bring that back?’”

The spinach is a bush that can grow about four feet tall with long, slender leaves and bright purple blossoms. It was never cultivated by the Navajo, but gathered and used as dye, medicine, or food. It’s such an important plant, not just for Native Americans, it’s a pollinator plant, Wytsalucy says. She gathered seeds and worked with Dan Drost, USU professor of plant, soils, and climate, to boost germination rates from three percent to about 90 percent. She wonders if it can be grown on a more commercial basis, would people even want to eat it again?

Wheat, pork, and sugar were not part of the Navajo diet until the U.S. Government forced the tribe off its lands in the 1800s. Troops ripped thousands of peach trees from the soil as part of a starvation campaign against the tribe. Today, Native Americans have some of the highest rates of diabetes in the country. For a lot of indigenous people, it’s the biggest problem of our time, Talker says. “I guess I didn’t help by introducing McDonalds in this area. (He owned three franchises across the reservation.) If we can go back, we might find a cure. Everything we eat nowadays is all processed.” He envisions Navajo spinach on grocery store shelves.

The project has brought him and Wytsalucy closer and to the reservation they live outside of. “In doing this I have actually found myself,” Talker says. “I have been in the business world. I thought that making all the money was important. But it’s not—it’s your family, and knowing who you are. Everyone has their own purpose—I think this is Reagan’s purpose.”

Talker recalls watching his daughter take a core sample from peach tree in Jayi Canyon and considering the history within each tree ring. “If those trees could tell you a story, they could tell you a lot that has happened,” he says.

Dried leaves crunch underfoot as Wytsalucy tours the university’s research orchard in Thatcher. She points to two rows of about 40 peach trees planted from seeds from Jayi Canyon, near Navajo Mountain, and the Hopi reservation. She can already see a difference in their leaves from modern commercial varieties.

“Peach trees have a distinct leaf,” she says. “Their leaves curl.”

Of the three Hopi trees in the collection, their curl is very gentle and slight, she says rubbing one of the few remaining leaves clinging to the branches. “The oldest orchards are no longer thriving anymore. It’s only a select few that continue to replant seeds from these old strains.”

When the Navajo returned to their land, the government provided peach seeds so they could replant, Wytsalucy says. “The elders, they knew they were different. They intentionally kept the seeds separate.” Over the years, out-crossing has occurred in many of the old orchards as newer varieties were introduced. 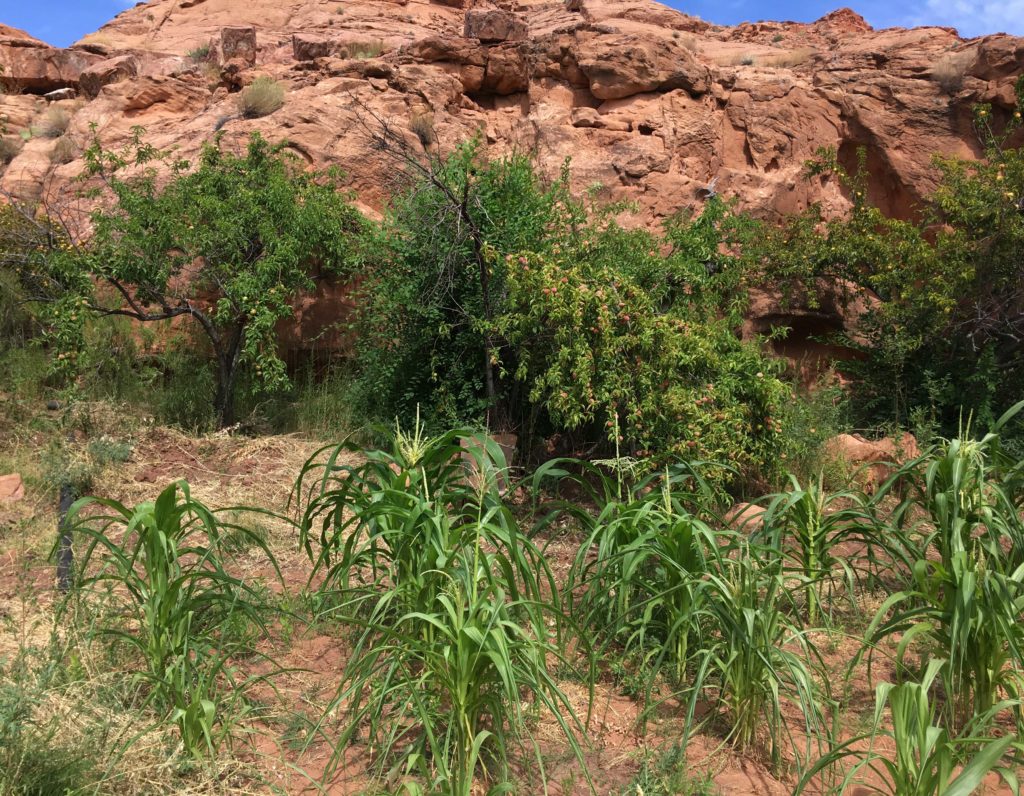 Wild peach trees next to a field of corn in Jayi Canyon. Photo courtesy of Reagan Wytsalucy.

Why didn’t the elders tear out the new peaches like the government did? “It’s food. It’s a life,” Wytsalucy says. “You don’t want to damage something because it’s damaging yourself.” That’s why Navajo don’t normally prune trees in traditional growing practices, she says. “Part of it is cultural practice where it is like you are removing the start of a life form. You’re cutting off life in the bud stage, in the beginning of its life. They don’t practice thinning as well—it’s the same concept. You are removing life at the beginning of its cycle.” 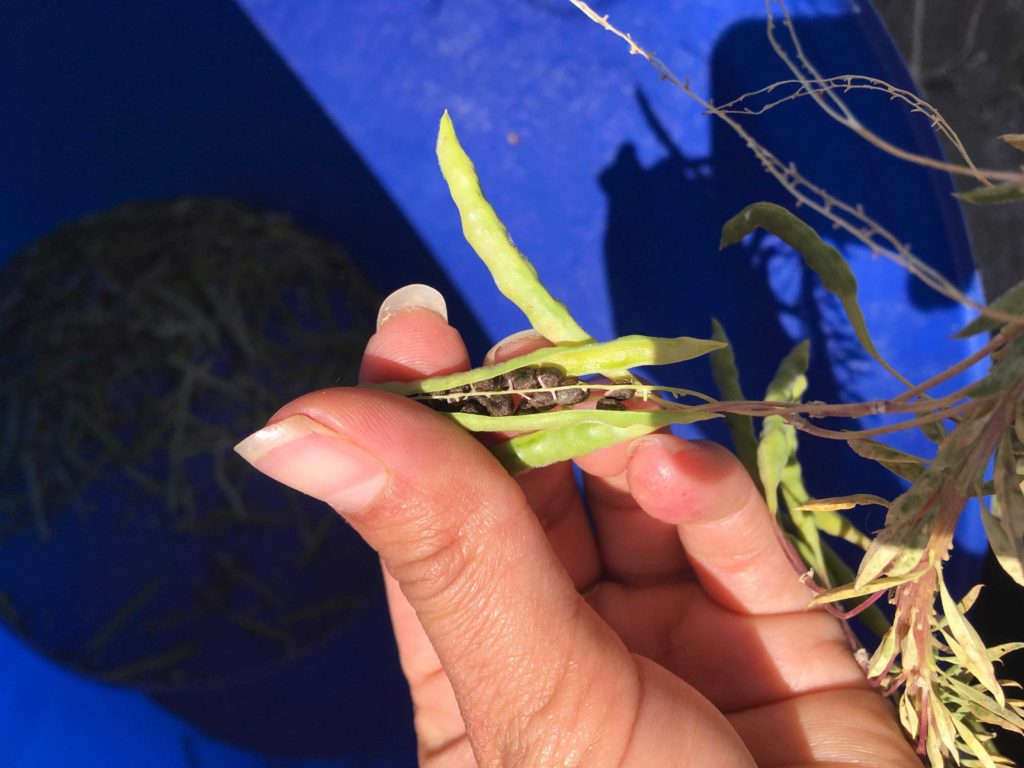 She scrolls to a picture of seven peaches picked in the Four Corners area on her phone screen. They are the size of large apricots with mostly green skins and a slight red blush. The dense white flesh has a sweet-tart taste. Modern agricultural practices prune new growth to promote larger fruit development. Most of these trees have grown without human intervention. They are wild.

When you save seed and plant, you likely won’t get the same fruit as the parent, Black explains. The seed has some of the qualities, but only by grafting from existing trees are you guaranteed to get the same qualities in the fruit. Because of the way these peaches have been grown over the last 400 years, there may be advantages in their root stock, he says. “That can benefit not just the Navajo, but any Western grower.”

Wytsalucy recently partnered with another USU graduate student to test the native peaches for drought resistance. They found the Navajo peaches grew faster through severe drought cycles than commercial varieties. She has another project at USU’s Botanical Center in Kaysville testing root distribution that will continue after she graduates. Afterward, she aims to continue gathering fruit quality data, and eventually, to return seeds to the Navajo and start a native seed bank.

“One of the challenges is Reagan has so many questions,” Black says. “The things she wants to study take a career, a lifetime to solve.”

A gentle rain splatters off Wytsalucy’s winter coat. Her jeans are baggy on her tiny frame. She is a 5-foot tall force in this empty orchard. The Zuni say the Spanish brought peaches, but that we had our own—that they are different, she says pointing to tiny buds that will fruit next summer. She sent seeds to a South Carolina lab for genetic testing and is awaiting results for her thesis.

“It’s almost like returning something to us if I am able to say these [peaches] have been here all along.” Wytsalucy says.

She looks around the orchard and admits it will be hard to leave the trees behind when she graduates.

These seeds feel like her calling. Like her work has been blessed, she says. Wytsalucy wonders why it’s peaches and not pistachios or apples or some other traditional food.

Out of all of these trees, I think this is kind of the pathway for bringing back all of those as well, she says. “This tree, has a story with it and I am hoping to reveal that when the time comes.”