In 2017, Lee ‘12 unleashed their stories on Twitter. People noticed. Enough to inspire the book Bygone Badass Babes: 52 Women Who Changed the World. “It was really exciting for me to get to tell these stories for the first time to people,” Lee says. “It’s like getting someone to watch your favorite movie. I hope it is part of this bigger movement that we are the last generation to be brought up without these in our mainstream narrative.” With her fourth book The Lady’s Guide to Petticoats and Piracy set for release next month and a contract with Marvel Comics to write a three-part series, it seems Lee is just getting started.

KM: You write Young Adult (YA) literature. Why did you gravitate to that genre?

ML: There are so many reasons why I love YA literature. As a kid I really loved reading even though reading was difficult for me. As I got older, when I tried reading lot of the “classic” young adult books I couldn’t understand them or really get through them and felt really dumb as a result. I felt like this is not fun anymore so I stopped reading. When I was living abroad in Europe and trying to entertain myself in airports and at bus stops I got really obsessed with the books I loved growing up. In writing for teens, everything is new, everything is a first. Everything basically feels calamitous—like it’s life or death—even when it’s not. When you are teenager, you love things with your entire soul and get obsessed with them. The books you read when you’re a kid make you a person and are with you your entire life. It’s amazing to have that and to be that book for somebody.

KM: What are some the books that were that for you?

ML: The Thief Lord by Cornelia Funke. The book is set in Venice, a place that felt like a fantasy for a kid growing up the desert of Utah. When I first went abroad, I went to Venice specifically because of this book. Without even knowing it, it has shaped how I think about place and setting in a novel. Another book I loved was The Goose Girl by Shannon Hale. I hate saying it, but it was the first story for me that had a strong female character without having to emulate masculine traits. She’s a Utah writer and as a kid I would go to her events when there were like three of us there. It’s the strangest, coolest thing to be friends with her now and text her: ‘Hi, you’re the reason I am here and how I think about femininity and strength. Have a nice day!’ 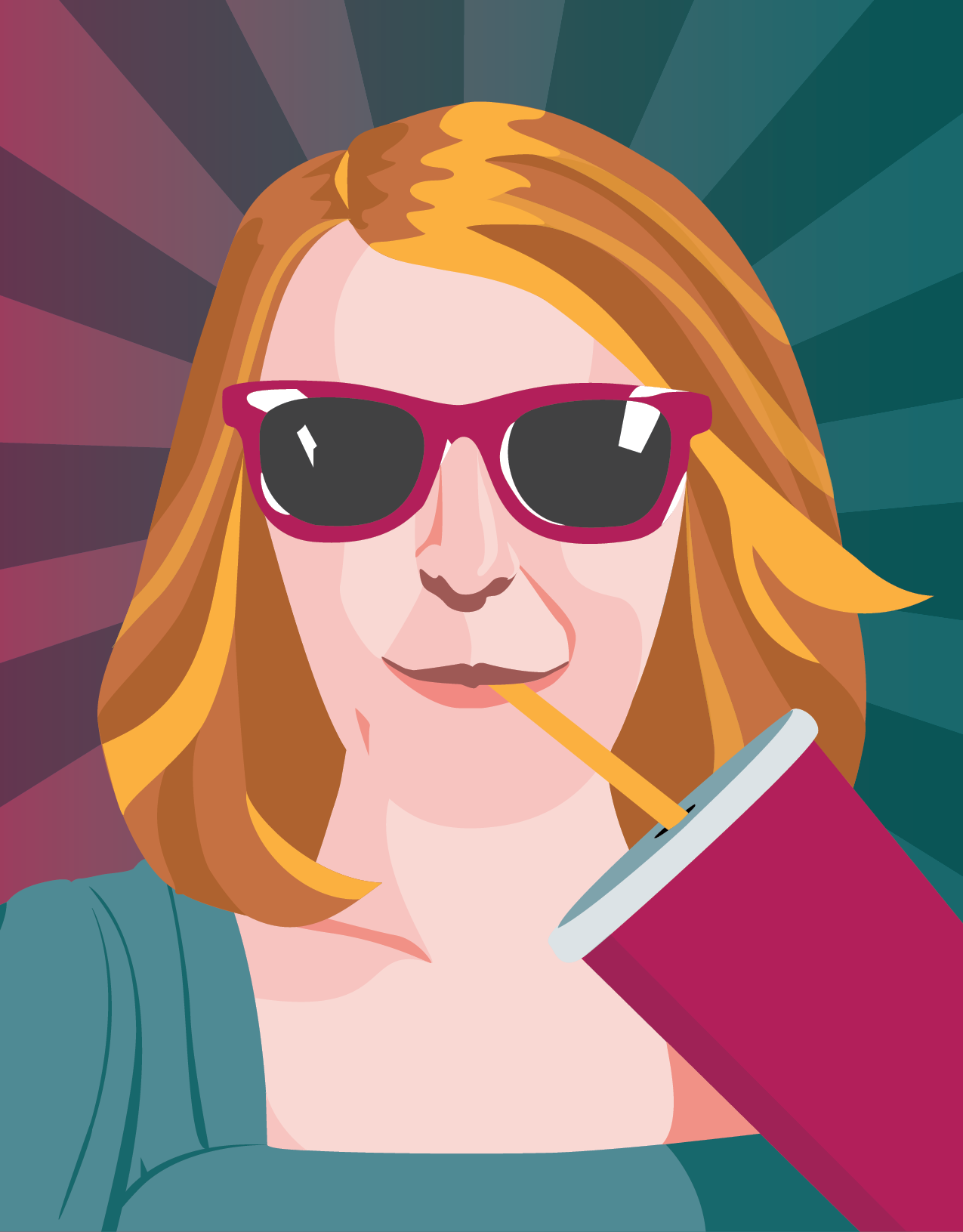 KM: Why did you study history at Utah State?

ML: I studied history for the storytelling aspect of it. Initially I thought I wanted to become a professor, but I quickly figured out I wasn’t cut out to     be a history scholar and an academic. I just want to tell you this cool story about a person, and I will probably forget half of the details, but you should know about them and that they existed.

KM: Was history a vehicle that brought you back to writing?

ML: When I was studying abroad in the UK, researching for my thesis, a teacher told me ‘Your writing reads like novels’ because of the way I would imagine King Henry VI stomping around his castle late at night. ‘You can’t do that’ she said, ‘because you don’t know it happened that way.’ I thought, ‘well, that’s the kind of writing I want to be doing.’

KM: Did researching for your thesis shape your writing now?

ML: Researching women during the War of the Roses very specifically affected how I think about women in history. That was one of the first very     influential moments when I realized women have always been a part of our history even if they weren’t a part of the majority narrative. Researching from the macro to the micro is still something I use today.

KM: What was it about Mary Shelley’s Frankenstein that made you want to re-imagine the story behind it and actually commit to writing it?

ML: My obsession with Mary Shelley is a good example of how I wanted to study history. I think she is one of the most fascinating people who ever lived. I learned about her in small anecdotes and originally thought, ‘Yes! She can be my Ph.D!’ [laughs] But I realized I would rather be writing about her as a character than a historical figure.

KM: Which you did in This Monstrous Thing.

KM: When you were writing This Monstrous Thing were you thinking of contemporary debates surrounding things like artificial intelligence and genetically modified foods?

ML: It was in the back of my mind in the sense scientific advancements were in the back of Mary’s mind when she was writing Frankenstein. People were freaked out by technological changes. People were afraid the line between man and God would disappear. I was also thinking about ‘othering’—about the way we keep people on the fringes of society.

KM: Many of your characters are unconventional—like Monty—the lead character in A Gentleman’s Guide to Vice and Virtue is bisexual and has a black love interest. Why did you make that choice?

ML: There’s a wonderful movement that has really picked up in children’s and young adult literature to diversify our narratives and our bookshelves to provide a platform for people who haven’t had one. But that wasn’t happening as much in historical fiction. It’s not a huge sub-genre of YA. It was still very white, still very straight. But the more I was reading, a lot of the ideas we have about the queer experience or of being a black person in the 1700s are generalized. Like if you were queer, it’s thought you were sad and oppressed and couldn’t be with someone you love. That isn’t the case for everyone, particularly depending on where you were living. We don’t tend to give history that same individuality. With Gentleman’s Guide, I wanted to write an really tropey adventure novel and do it with characters not often seen. Because not everybody in history was white and straight and you didn’t have to be to be happy. 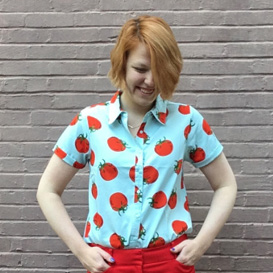 KM: When you set out to write do you have a message in mind you want to convey to readers?

ML: I think “message” is an oversimplification. There is a place for everyone in the historical narrative. Whether you are queer, a person of color, female—people have found a way to make it work throughout history. For  instance, if you are queer, you come from this long rich history that isn’t defined by oppression. You are not a tragic subplot in some BBC special.

KM: Your latest book, Bygone Badass Broads, started as a Twitter hashtag. What prompted it?

ML: Through my research I kept finding these individual stories of incredible women. I was squirreling them away as someone interested, and corner people at parties telling them about women like Noor Inayat Khan. I started posting on Twitter and found a lot of people really interested, too. … It’s really cool when a 9-year-old comes up to you and says ‘I love Queen Arawelo from Somalia,’ and I’m like ‘I love you!’ [laughs] 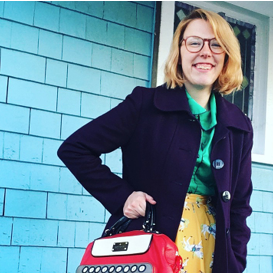 KM: I noticed that despite having over 19,000 followers, you’ve taken a step back from Twitter.

ML: It was hampering my creativity. I was becoming one of those people who was obsessively following Twitter.  You can get a lot of voices in your head that have a loud impact on your writing. I decided to take a break—not forever, but to clear my head a little. I think it’s important to be having conversations on Twitter, but no conversation happens well in 140 characters, or 250 characters, whatever it is now. Now I am on Instagram and follow a lot of dogs and it affects my writing because it makes me happy.

KM: Let’s talk about your latest project. You were recently tapped by Marvel comics to produce a three-part series about some of its more famous villains. Were you always a Marvel fan?

ML: Growing up there was an element of the culture that didn’t feel accessible to me. I remember picking up Marvel comics off the shelves and thinking ‘I want to understand you! But I don’t.’ It felt like always coming in at halftime. My intro to the Marvel universe was through film. My acquisition editor at Marvel had an idea for an anti-hero series for the villains with the most cult followings. She happened to pick up Gentleman’s Guide and visited my website and saw my three loves of Diet Coke, sweater weather, and Star Wars. She wondered if Marvel might fit in the, too. 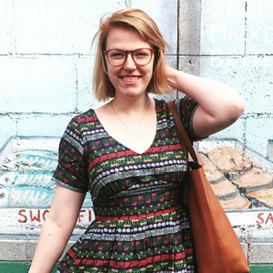 KM: You won the Pen-New England Susan P. Bloom Children’s Book Discovery Award and are a Kirkus Prize nominee. The critics like you. But I noticed a fan recently asked you to write a line from Gentleman’s Guide so she could have it tattooed on her arm in your handwriting. Would you say you’ve made it now?

ML: It blew my mind! She came up to me during a signing and told me how much the book meant to her. I felt a lot of pressure to write pretty and was instantly aware of how much caffeine I’d had that day and how tired my arm was from the signing. This is the third Gentleman’s Guide tattoo I know that exists in the world. There have been a couple of things like that. There is art inspired by Gentleman’s Guide, which is the coolest thing ever. I got my start writing fan fiction in middle school so I know how much you have to love something to go out there and create something based off of that thing to stay in this world.

KM: Last question. When you were studying history, did people ask you if you were going to be a teacher?

ML: All the time. That sort of freaked me out the more people asked. I wondered what else can I do? Looking back, everything I’ve done has fed into the next thing so well, but that I couldn’t see in the moment.

More of Mackenzi’s photos can be seen on her Instagram feed at instagram.com/themackenzilee