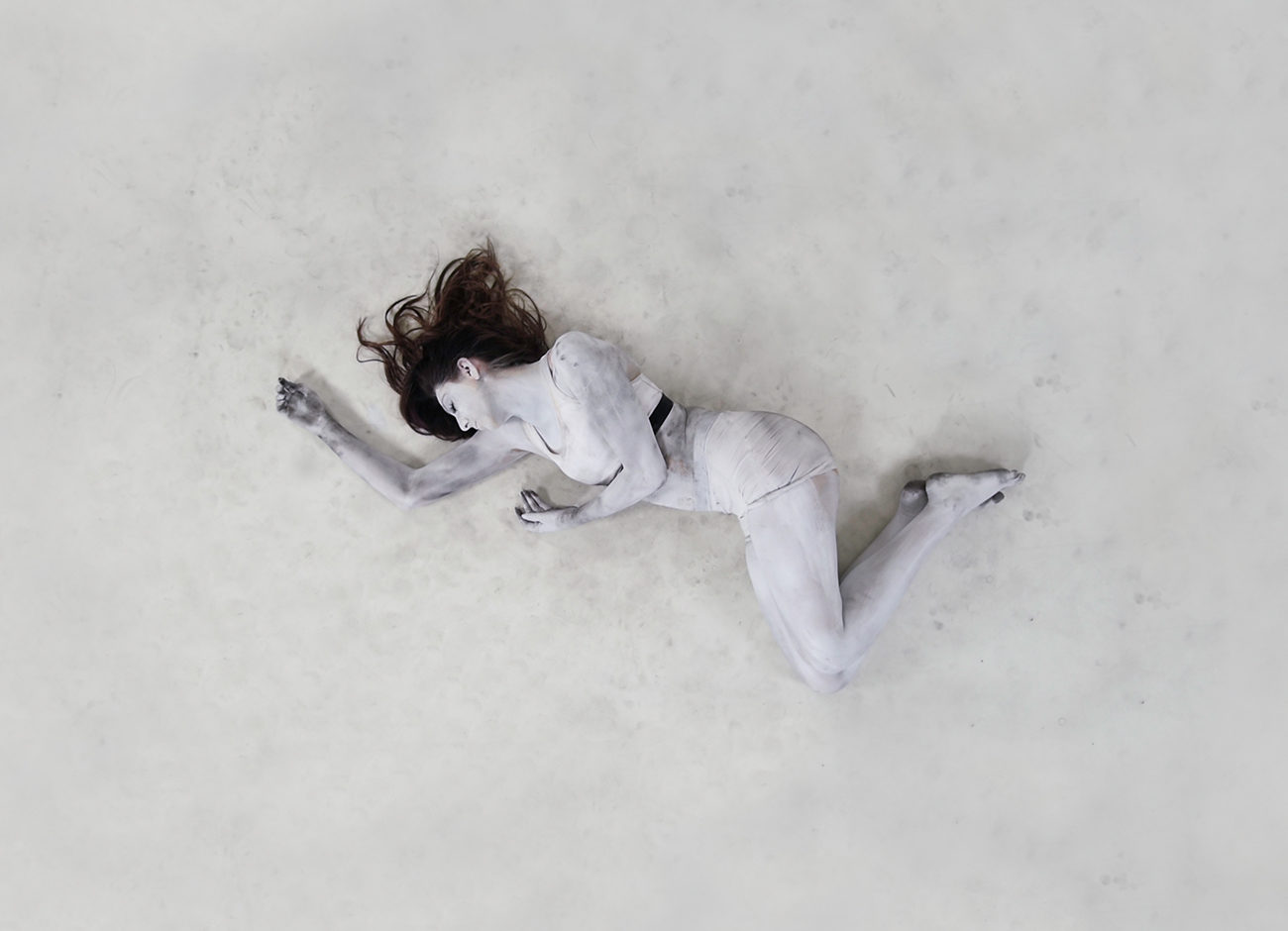 Starting the Conversation About Suicide

It is not easy to start a conversation with someone who has just lost a brother to suicide. What do you ask? How do you bring things up without sounding insensitive or prying? Even a question as simple as, “how are you?” seems off. How is she supposed to feel?

Graciously Joanna Dobrowolska says she is doing a lot better. “I think. But, yeah. It’s just weird how normal everything is at this point. It’s been enough time, but it comes in waves …”

“The suicide threw me out of whack,” she says. “It did not feel like real life, nothing felt normal.”

She turned to her friends for distraction and comfort. Something that a close friend, Becca, told her at the time stuck: “Everything is going to be different and feel not normal,” she told her, “but from now on, it’ll be the new normal.”

Logical incongruity has been the hardest part for Joanna. “It’s not a rational thing to commit suicide,” she says. “It’s against every biological instinct.”

She no longer likes being in the house she grew up in, especially at night. “I’m always looking behind my shoulder,” she says. “It’s really an irrational fear and anxiety about this house, especially downstairs. I hate it down there. But I guess it’s what people feel, right? Feel like this?”

Questions and thoughts like these have populated her journal of late, including an abundance of expletives and curses. “Because no nice words ever describe something like this at all.”

Anger, hurt, confusion–regret. Words to help her confront what she saw but did not want to believe.

“My brother is dead,” were the first four words she used in her March 2, 2018 Facebook posting, two days after his suicide. Cold, blunt, spare like what she was feeling inside. Four words, 15 letters dropped like breadcrumbs along a darkened path.

“I still can’t believe I’m writing this,” she continued. “It all seems like a terrible nightmare from which I may still wake up. After all, this kind of violence, trauma, and tragedy can’t happen to me. It only happens in movies or to other people. This can’t be happening. Every time I say it, it feels like a lie … but it also makes it more real somehow.”

Up to that point, Joanna’s primary focus, and stress, had been on finishing her master’s degree in history from Utah State University. Now taking those final steps to graduation, pedestrian as they suddenly felt, turned into a comforting path back to her new normal, a welcome complication. She liked being busy and wanted to stay that way.

Change, too, has been good. Straight off, she and her friends rearranged the living room and her bedroom. “It actually helped, somehow, because it didn’t’ feel like the same place to a certain extent,” she says. “That helped a ton.”

She also went to Europe for a month following graduation and now she plans to pursue a doctorate in Chicago. “It’s going to be nice to move, to start a new chapter in my life.”

How many more, right now, are trying to move on, to start new chapters in their lives? Suicide in Utah is the 8th leading cause of death, compared to the 10th leading cause of death in the United States. Suicides in Utah among youth aged 10-17 increased 141.3 percent from 2011-2015, compared to an increase of 23.5 percent nationally, according to the Centers for Disease Control and Prevention. The CDC reports that in 2016 there were 620 suicides in Utah alone, a number of exponential grief when you consider that tied to each of those deaths are family members, friends, and neighbors many times over.

Numbers with loved-ones attached. Numbers once held by fathers, sung to by mothers, danced with at proms, celebrated at birthdays, and admired and loved for gifts and quirks beyond any measure. And yet we do. Measure them. Because it is a measure of ourselves, to see, to care, to question. It is who we are to notice who is here and who is not, to count, to track, and to wonder why and to determine what can be done to bring these numbers down to the only acceptable level. To zero.

These are what numbers mean to Sun Jeon, a senior social statistician at the University of California, San Francisco. She graduated from USU with a Ph.D. in sociology, specializing in demography, and two master’s degrees―one in sociology and another in statistics.

It was while she was pursuing her degree in statistics that a qualitative research completely changed her perspective when looking at numbers. She learned how to meet, talk, and interview people who had experiences with suicide, some deeply personal. Her work extended far beyond the class. In all, she spent 44 hours with people in her studies trying to understand “what is really going on behind the suicide statistics.” Interviews that forced her to go into the houses of numbers that she was using every day and come out with new perspective and sensitivity.

Without the context, “numbers alone can become icy cold,” she says during a phone interview from her office in California. “And we start to forget about what is really important.”

She began to see how quantitative numbers alone in suicide statistics can be skewed by the social stigmas surrounding them. Things not being told, numbers not being counted. By attaching stories and faces to them, the focus shifts from explanation to prevention. “Ultimately it can become the sustaining motivation for making changes,” she says.

For Utah Lt. Gov. Spencer Cox, it was stories from survivors and families who lost loved ones to suicide that awoke something deep inside himself. He thought he was attending a suicide prevention gathering in Tremonton, Utah, a couple years back in an official capacity for the governor. But as he listened to stories and struggles of so many in pain, it got personal.

“It was actually the first time I shared my story,” he says during an interview in his office at the state capitol. “I had never vocalized it and I was just sitting there waiting for my turn to speak, and I hear all these incredible survivors and family members of those who had lost loved ones come together and share their stories of struggle, but also of hope. I threw out my talking points, got up, and shared my own life experiences and it was just incredible. It was empowering to do that. To vocalize it, and then to talk to others who had gone through it.”

Cox, who graduated from USU in political science, was appointed in February by Utah Gov. Gary Herbert to head up a task force to study youth suicide in response to a spike in the suicide rate of Utah children 10-18, the leading cause of death in that age group.

The 14-member task force was successful in helping to get more funding support through the Utah legislature for programs like “Hope Squad,” a school-based peer-to-peer suicide prevention program. As well, resources to develop new ways of reaching younger people through smartphone apps like “SAFEUT” that gives them direct access to crisis counselors. While initially built for secondary school-age students, the app is now expanding to assist college-age students as well. Likewise, the governor’s office is also expanding its involvement to include the Utah Suicide Prevention Coalition that meets bi-monthly.

Elevating the discussion about suicide and giving people permission to talk about it continues to be a priority for Cox. He says he has personally spoken to groups on the subject at least 20 times in the past two months alone. Before that, the only other time in the five years he has been in the governor’s office was that memorable time in Tremonton.

“We are reaching a tipping point culturally where people are looking for solutions and wanting to talk about it,” he says.

He especially enjoys talking to youth groups. He tells them it’s no more embarrassing having a mental illness than coming down with the flu. It is not something to hide or keep to yourself. When he was going through his own dark time, he tells them, “I thought that I was the only person having those thoughts, which made it worse because I thought there really must be something wrong with me if I would even consider taking my life, so ergo, there is something wrong with me and so maybe I should.”

He wants these young people to know that depression and suicidal thoughts are more common than they may realize. To know that “wow, other people deal with this. The lieutenant governor had these very same thoughts when he was my age and he made it through, so maybe I can too, and maybe I can talk to people who have been through this and get some help.’”

“People who struggle with mental health tend to isolate and disconnect,” says Derrik Tollefson, USU department head in Sociology, Social Work, and Anthropology. “Part of that is because they are having troubles with those connections and trouble with the stigma that, ‘Oh, this is not something I am comfortable reaching out about. I must be weak or broken’ so we tend to not reach out. We tend to isolate and do things that actually just make the situation worse.”

Listening, not trying to fix the problem, just being there for people can make all the difference, Tollefson says. Not only for those battling suicidal thoughts, but for those, like Joanna, reconciling suicide.

“So many people said ‘you don’t have to talk about it,’” Joanna says, “when all I wanted to talk about was the suicide and tell people because it helped me come to terms with it. It made me feel like I was grieving wrong. And I realize that people only ever said that to protect me from bad feelings, but yeah …”

Bad feelings that sometimes makes us want to stand back from people in need rather than help them.

“We tend to isolate and do things that actually just make the situation worse,” Tollefson says. “We mirror that. We have mirror neurons. That’s how we learn to read people. It’s a skill we develop early on to empathize with people, so we naturally are going to pick up those same emotions and yeah, if we don’t have all of that in our awareness, that’s what happens. But I can set that aside and I can do what I know what cognitively I need to do, that is to reach out to this friend with simple words of encouragement, ‘hey, you’re not quite yourself. I miss that. What’s going on with you?”

Not a bad way to start a conversation after all.