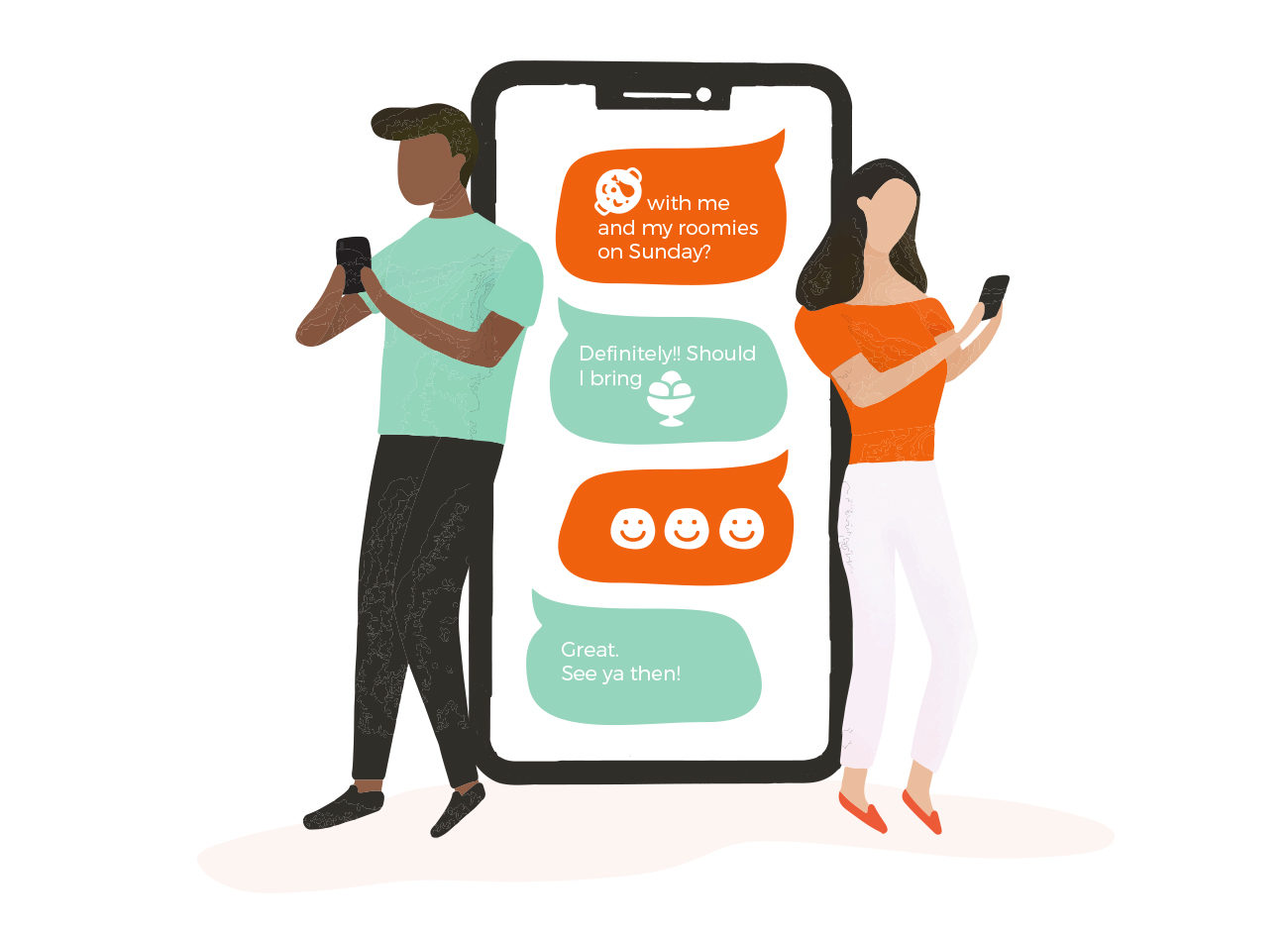 I live in an apartment complex where dozens of people walk past my window every day. I don’t know most of them, but they likely sleep within 100 feet from me and I don’t even know their names.

Growing up, all I wanted was to defeat my shyness. I waited for a savior to come into my life and fix my problem. That didn’t happen. And neither did waiting for other people to reach out to me first. So, during my last semester at Utah State, I decided to be this person for someone else. I combined cooking with trying to meet new people. I started inviting strangers from the complex to my house each Sunday for a meal.

My primary goal was to get people out of their virtual world and into the real world with real people and real conversations. In the book iGen, psychologist Jean M. Twenge describes the effects increased social media use and decreased in-person interaction has on happiness on the generation born after 1995. According to national survey data, since the release of iPhones in 2007, social media use has significantly increased among iGen, and so has unhappiness. In 1990, 53 percent of high schoolers got together with friends almost daily. By 2014 that number had dropped to less than 30 percent. One study found that eighth graders who spend 10 or more hours a week on social media are 56 percent more likely to be unhappy than peers with less screen time. Teens are also sleeping less and dating less than previous generations. I want to break that cycle.

One cold Sunday evening I found myself enjoying a game of pool in the clubhouse. The American League Championship Series game between the Boston Red Sox and Houston Astros played behind me on the wall. Two strangers from the complex rooted their team on and became my first target. During a commercial break I asked them about the game and secretly cheered for the Astros. After the game, Taylon and Jesus gathered their belongings to leave. Before they walked out, I extended my first Sunday dinner invite. “My roommates and I are trying to get to know new people in the complex. Would you want to come over for dinner next Sunday? Food is on me.”

Puzzled, they looked at each other and gleefully agreed. Baffled, my pool partner exclaimed, “Wow that seemed easy. I’m impressed you just invited strangers over to your house. Good job. I wish I was more like that.”

The following Sunday, I cooked rice, grilled chicken, and stirred together a simple teriyaki sauce  for my roommates, neighbors, and guests. During the dinner conversation, I learned that both Taylon and Jesus were athletes at junior colleges before transferring to Utah State. Jesus is an avid soccer player and the more we talked, the more connections he made with others around the table. I found that we both like to play Spikeball, Mario Party, and bust some moves in Just Dance so we planned a future Spikeball competition and dance party.

Many of us discussed our prior fears of eating dinner with strangers. Some of us imagined we wouldn’t have anything in common or would just spend an hour sitting around a table in awkward silence. Others worried what judgements people would make about them. But we found our conversations surprisingly entertaining and easygoing. Taylon even mentioned he was flattered the dinner invite came from a stranger.

Nonetheless, one dinner was not enough. I made a goal to invite new strangers each Sunday for the remainder of the semester. To reach all sorts of people, not only the outgoing ones I met at social activities, I knocked on doors at the complex and invited entire apartments of people over.

For the next five weeks, my roommates and I welcomed strangers to dinner. Walking around campus, I started receiving more waves and hellos. The all-too-familiar feeling of loneliness that many college students feel began to dissolve.

Remarkably, my efforts were spreading. Other people began hosting Sunday meals and invited me to their tables. During one dinner, the host forgot about the boiling rice on the stove and scorched the bottom, leaving us with crusty rice to fill our burritos. Rather than embarrassing the cook, this gave us more to laugh about and bond over. More smiles painted across our faces as we crossed paths throughout the week.

During this period I became more aware of how much time I spend on my phone. I noticed people around me reverting to their phone when they didn’t know what else to do. I tried resisting the temptation to pull out my phone while walking around campus, talking with friends, or to fill silence. At first, I felt so alone. While everyone else looked at pictures, posts, and texts, I stared at them in silence. I felt I had nothing to do. Joining them separately living in their virtual reality seemed convenient, but I waited and hoped someone would put away their phone to talk to me.

Most of the time nothing happened, but slowly I noticed my friends making comments while on their phone, “I don’t know why I’m even scrolling through Facebook. I’m not reading anything; my fingers just do this. This isn’t even fun. Why am I still on my phone?” I responded by dragging them into the real world to do real things. We played card games, baked treats, and went on car rides to explore nature and the city. Many of us hadn’t purposefully done these things in a long time and doing them made us happier.

After graduation I travel to Costa Rica for humanitarian service, move to a new city, and eventually find a job. I will have to start my life over again. This experience taught me that the friends and positive memories I gain outweigh the awkward encounters leading up to it. The more time I spend out of my virtual world, the happier I am. I may not always have the resources to host Sunday dinners every week, but I will try and hope that others will continue the tradition on their own.