Home / Sci/Tech  / Something of a Love Story

Something of a Love Story 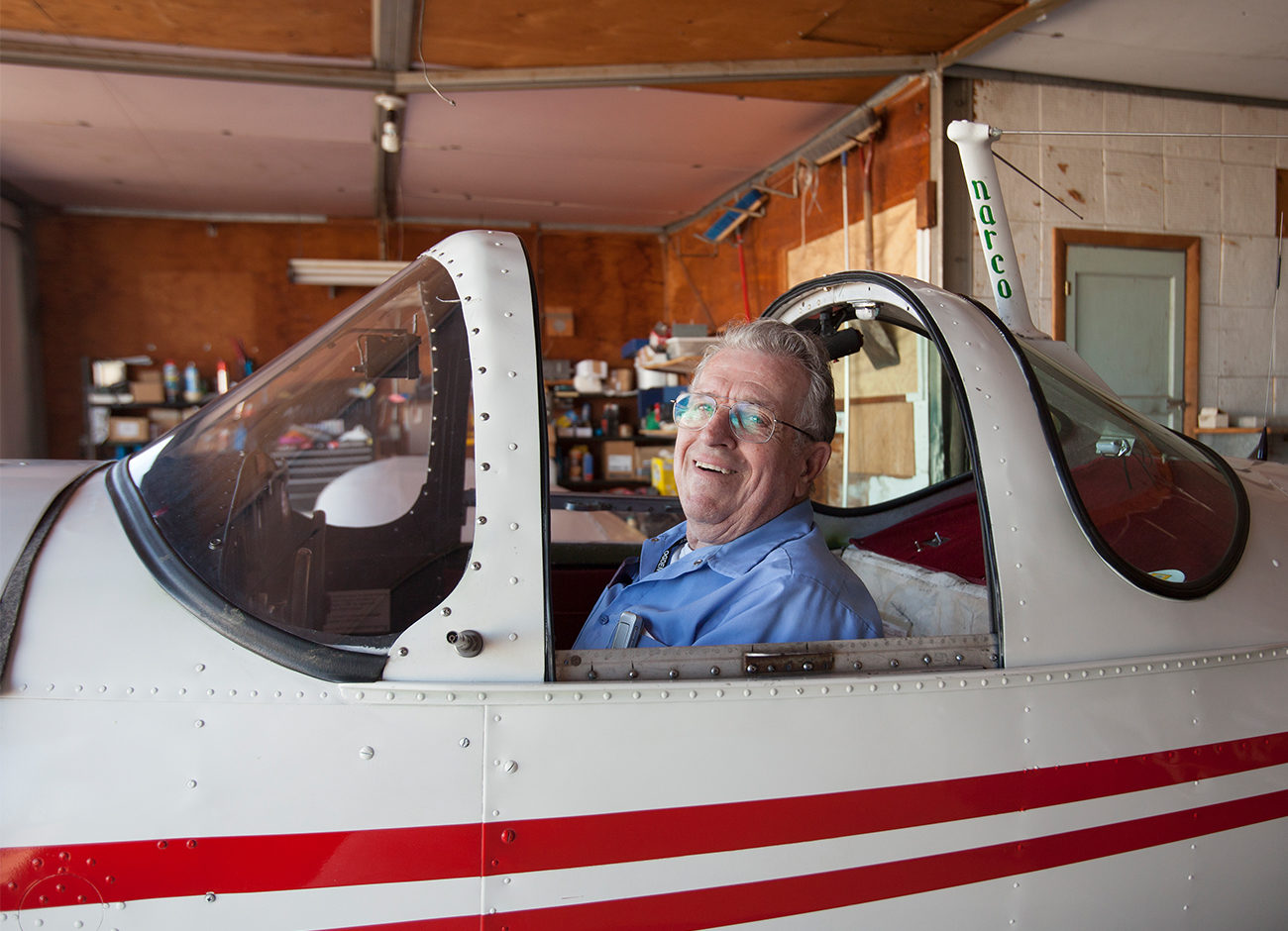 Gerald “Jarry” Lautenschlager steps out of his truck, shuttles papers from the front seat to the back where a pair of needle nose pliers rest atop the seat, before straightening to listen to the hum of an airplane overhead.

“The sound you hear is Freedom,” he says.

Lautenschlager ’83 has a knack for completing unfinished business. Since 1955 he has repaired aircraft, first for the military, and later for civilians and himself. He likes watching a plane take to the sky after a long spell grounded.

“When I was 12 I told myself I wanted to work on airplanes,” he says while driving around the Ogden-Hinckley Airport. “During World War II we had flying box cars flying over my house [in upstate New York] and I thought ‘someday I want to work on those.’ That was my dream. Sixty-three years later I’m still doing it. It’s a love story basically.”

As he maneuvers the field, Lautenschlager points out aircraft stuck in a holding pattern between the owner’s intentions and financial limitations. He navigates the red stripe on the asphalt designating where automobiles aren’t supposed to cross and laments the additional regulations put in place since a commercial airline came to the airport: No more living in one’s airport hanger. No more family cook outs on the field. But some things haven’t changed. For one, Lautenschlager is still piloting his 1946 Ercoupe whenever he gets the urge to take in the world at 7,000 feet.

“How do you explain that to someone? I can’t,” he says, holding up his phone screen showing aerial photographs of patchwork farmland and winding rivers. “For me, it’s a meditation. It’s a sabbatical. I pray a lot. I talk to the Lord. I talk to my wife.”

The Ercoupe is a two-seater plane the Saturday Evening Post once described as “the promise of wings for all of us.” It was predicted to upend modern transportation. The pilot steers as they would a car rather than with rudder pedals.

“It was designed so that you could put it in a garage and just drive out, go to work, land in the city, and park it just like a car,” Lautenschlager says.

But personal aircraft never replaced the family car. By 1947 the last Ercoupe came off the line. Lautenschlager’s is one of the few registered to fly. The plane was gathering dust in a friend’s hanger. Lautenschlager purchased it in 2002 and within three years it was ready to fly.

“There’s very few fabric airplanes now,” Lautenschlager says. “The art is pretty much gone. There’s a few of us old guys around that can do the fabric work but it’s tedious.”

In 2006, he was honored with the prestigious Charles Taylor Master Mechanic Award, named for designer of the engine for the Wright Brothers’ Flyer for his career in aviation maintenance. Lautenschalger quit the 10th grade and enlisted in the Air Force where he served from 1955 to 1979 and worked for 22 years at Hill Air Force Base. But his lack of a high school diploma “was a thorn in [his] side.” Lautenschlager returned to school, earning his diploma and a bachelor’s of science in industrial technology from Utah State. 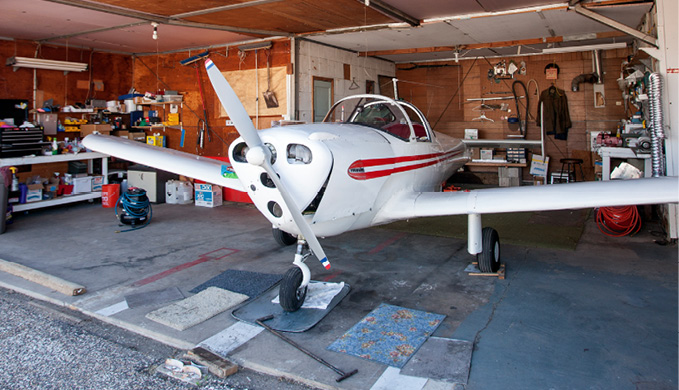 Over the decades he’s wrenched on more than 70 different types of aircraft, including the F-16 and C-124. He once modified an aircraft for a quadriplegic man. He flew 300 hours before he died, Lautenschlager says.

He still works as an airplane mechanic for the CB Jet Center at the airport and mentors young mechanics. One, named Rosie, pops by to report that her first double engine change is taking off in an hour.

“She’s a real knowledgeable mechanic,” he says as she leaves. “She understands systems. Those people are hard to find. She has a good head on her shoulders.”

Since his wife of 61 years, Wanetta, died in February, Lautenschlager continues to challenge himself in new ways. He recently flew seven days straight just to see if he could. He took up quilting to complete Wanetta’s unfinished works. Lautenschlager also plays harmonica professionally and volunteers with the Ogden Relief Mission, which aims to provide health services to those without insurance.

“I’m not retired—that’s for old people,” he says. “I told my mama I was going to live to be 100. ‘You taught me to be responsible. Somebody has to be there to turn off the lights and it might as well be me.’”