BEARS JUST WANT TO BE BEARS.

But humans—being humans—sometimes complicate things, to their peril. Since 2011, three people have died from grizzly bear attacks in Yellowstone National Park—three out of the eight total bear-related deaths in the park’s 147-year history. What is behind this 60 percent increase? More people, more bears, and more chances of human-bear encounters. In 2016, the park tallied a record 4,257,178 visitors—a 195 percent increase from 1960. At the same time, the grizzly population has climbed from 136 in 1975 to at least 700 by 2016.

Park officials have taken steps to minimize potential wildlife conflicts through regulation and education. However, despite how intuitive park warnings appear to be, getting people to heed them has been complicated. Zach Miller, Utah State University assistant professor of recreation resource management, is working with Yellowstone on an education program to minimize human-wildlife conflicts, particularly among day hikers, since all the fatalities from bear attacks in the park to date have involved only day hikers. And while bear spray is 92 percent effective in thwarting bear attacks, many park visitors fail to hike with it.

The bear awareness campaigns used today in Yellowstone are based on the theory of planned behavior that target subjective norms. Human behavior is driven by three major factors: attitudes, subjective norms, and perceived behavioral control, Miller says. For example, what’s your attitude about carrying bear spray? Are you doing it because somebody is making you? And what other factors, such as cost and availability, might be influencing you?

“If we are able to promote positive attitudes and positive subjective norms for influencing these things through communication, we are likely going to be able to influence people’s behavior as well,” Miller says. For example, data Miller collected show that people who hike in Yellowstone genuinely care about the welfare of bears. As a result, one message he developed: Carry bear spray not only for your safety, but for the bear’s sake, too, is a sensible message that sticks. “Because every time a bear kills someone, that bear is also killed, and it usually has cubs.” 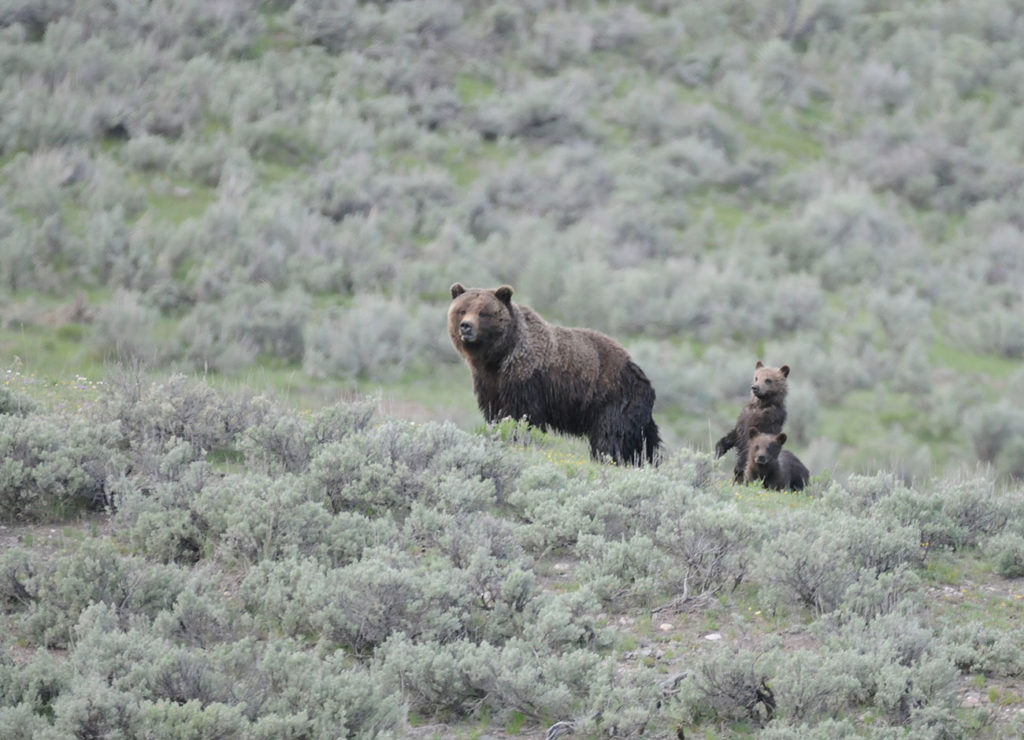 A grizzly with her two cubs in Yellowstone National Park in 2019. Photo by Larry McCormick.

STEP ONE: Theory of Planned Behavior

Combine all three components of the theory in STEP 1, emphasizing positive attitudes and subjective norms. Then identify leverage points to strategically communicate attitudes and norms likely to influence behavior. SAMPLE BEHAVIOR: Favorable attitudes towards bear spray (it will keep your family safe while hiking) versus negative attitudes (bear spray is a burden to carry) influences behavior. 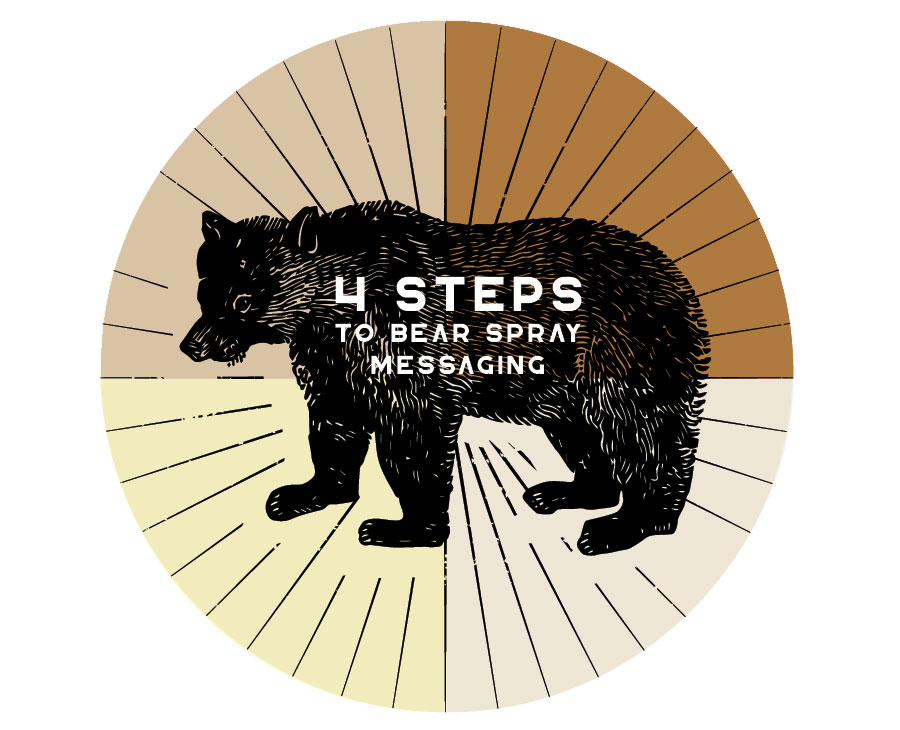 Connect beliefs to those leverage points—such as attitudes and subjective norms—in order to understand how to develop specific messages that either promote or counter the beliefs of people in order to encourage them to carry bear spray. SAMPLE BELIEF: people say they carry bear spray to protect family.

Implement a strategic communication framework based on these beliefs attached to the norms. SAMPLE FRAMEWORK: create illustration of parents carrying bear spray on their hips while hiking with their children with the message: “The most important reason to carry bear spray is your family.”