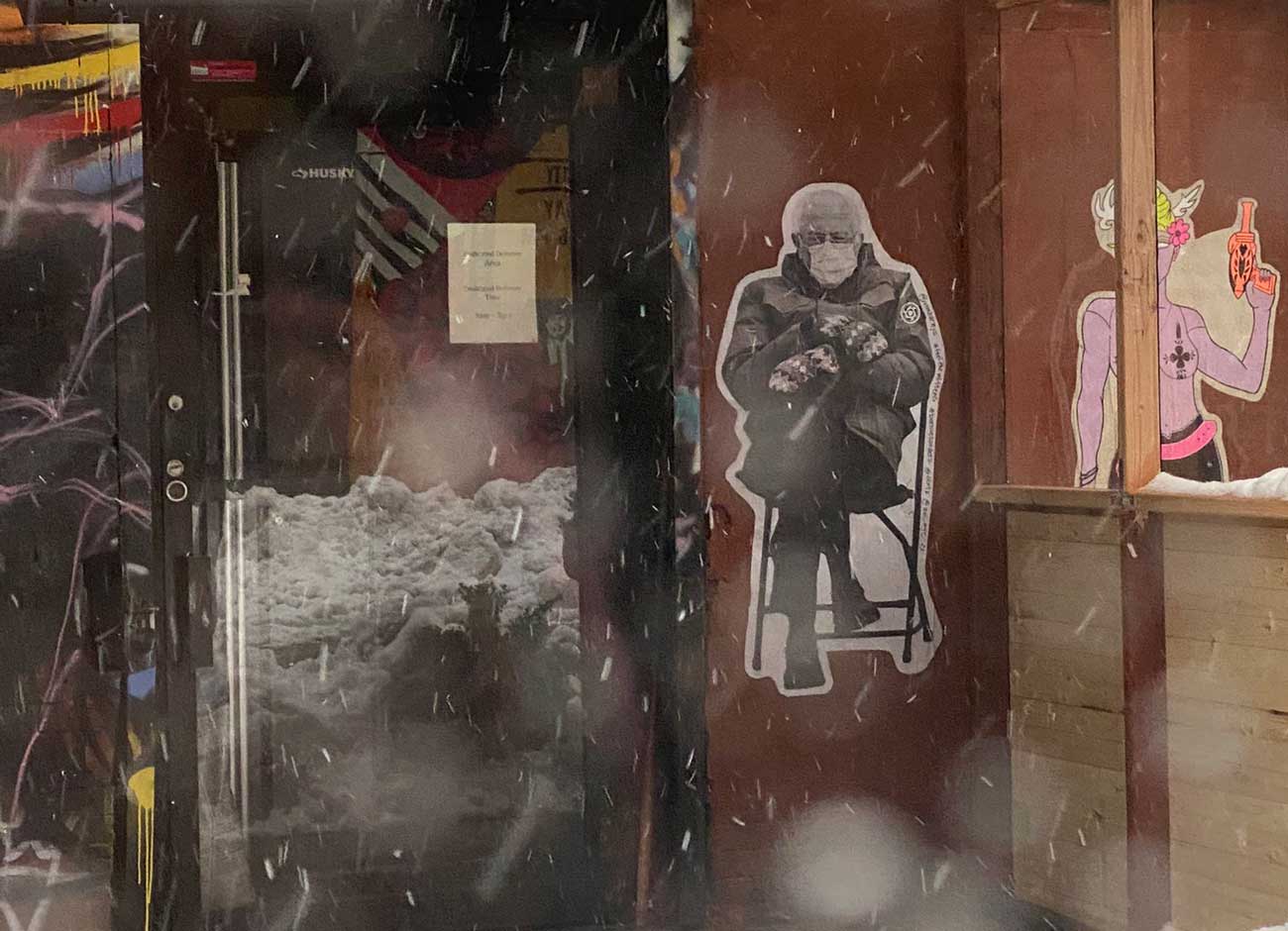 2020 was not a year people often describe as joyful.

In fact, May 29, 2020 was documented as “the saddest day in the history of @Twitter” by University of Vermont researchers from the Computational Story Lab. The group developed the Hedonometer in 2008 to track global happiness by parsing the emotions of Twitter users from the language in their tweets. The researchers randomly scrape 10 percent of the roughly 500 million daily tweets on the platform and analyze a data set of about 10,000 words coded on a nine-point scale of happiness. Unlike individual events that may skew a nation’s response, the COVID-19 pandemic touched every continent, including Antarctica, creating a climate ripe for sadness and anxiety on a global scale.

In early January 2021, TikTok brought joy to participants and viewers alike when sea shanty duets went viral. Then during the inauguration ceremony for President Joe Biden an unscripted moment of joy went viral—a simple photo of Vermont Senator Bernie Sanders sitting alone wearing a brown coat and oversized mittens. Was he grumpy? Was he cold? Why were the mittens so huge? Internet users made Senator Sanders whatever they needed him to be in the moment. One hastily built meme generator created nearly 10,000,000 different memes of the Vermont senator plugged into local geography thanks to Google maps. For millions of users feeling stuck at home, Bernie Sanders took them on a needed tour. Days later, the graduate student Nick Sawhney who built the site found Bernie “in the wild” and shared the above photo on Twitter. He was happy.

The episode inspired us to create a spontaneous act of joy. We hope you experience it in some positive way.

Download the mittens and upload your own image to the Joy Project.Download