Home / Culture  / Behind the Mask 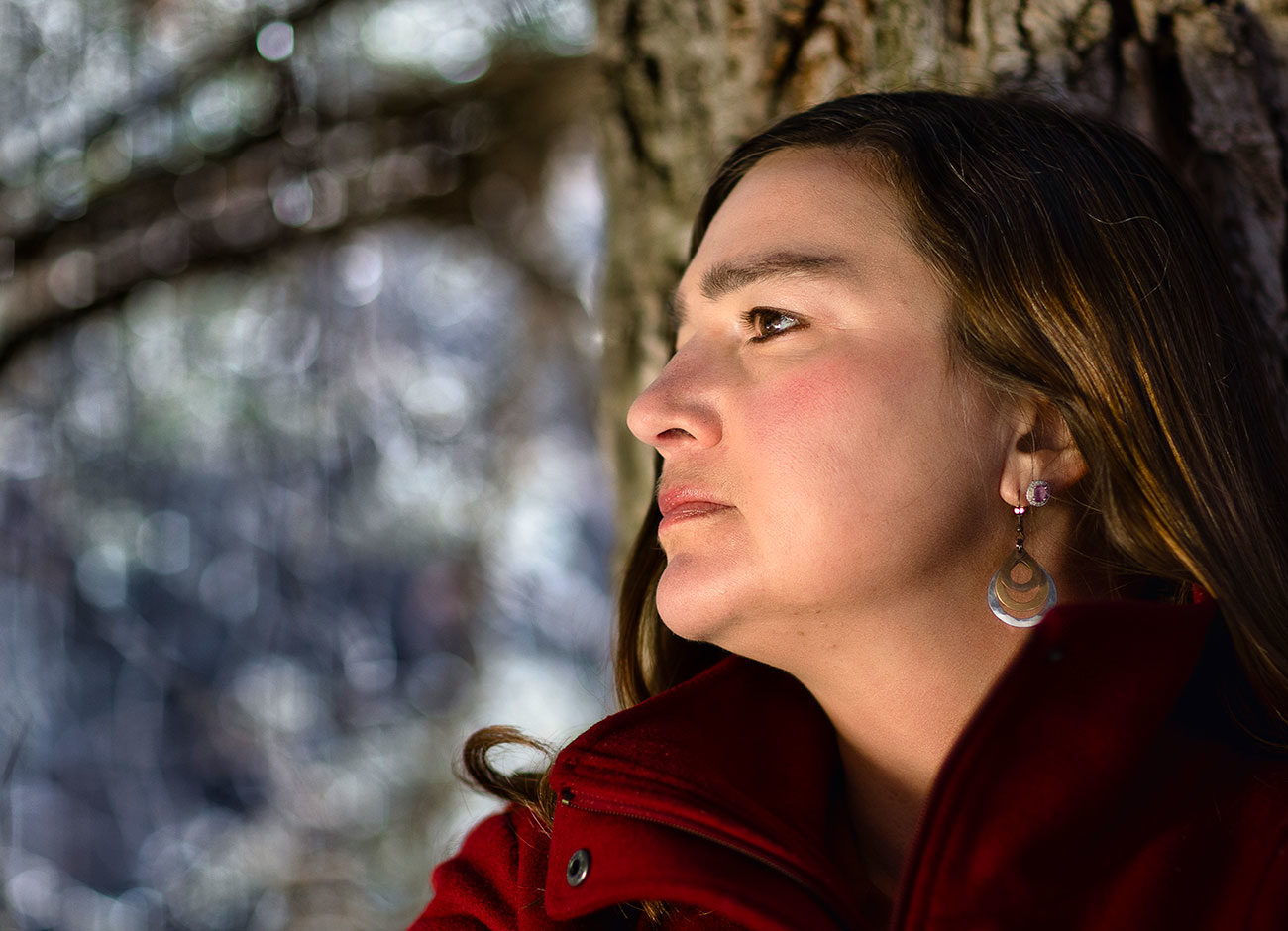 As a graduate student, poet Shanan Ballam ’97, MS ’00 found herself staring at a blank page.

She wanted to express her regrets and the growth arising from sinkholes in her life: the shadow cast by an angry, alcoholic father, a sister stalked and menaced by a former husband, a brother’s suicide.

And also, the occasional oasis, like a grandmother who cherished the young Shanan, but whose light had been muted by a restrictive culture.

But, no words came.

Her mentor at the University of Nebraska sat her down, remembers Ballam. “She told me, ‘If you’re not able to write, why don’t you try a persona or a mask.’”

And so Ballam took Red Riding Hood as her voice. The ancient fairy tale neatly dovetailed with the three major characters circling in her own mind: the naive, uncertain Red herself, a caring grandmother, and a predator.

Ballam’s first poems as Red, published in the 2010 chapbook The Red Riding Hood Papers, were fraught, sometimes bleak and tinged with violence.

“Everybody has that desire to express. And poetry is a very economical way to do that.”

In 2019 she revisited her life as Red in a second collection, Inside the Animal: The Collected Red Riding Hood Poems. The new poems describe how Red and her world, like Ballam herself, have shifted and enlarged.

In August, she was inaugurated as the new Logan City Poet Laureate. Ballam, a senior lecturer in the English department, is the second poet to hold the post, following the path set by Star Coulbrooke, who was appointed in 2014. Coulbrooke ’96, MA ’98 directs USU’s Writing Center.

So as she moves between her varied roles, does Ballam see herself as a teacher first? Or a poet foremost? She says she’s actually found a way to merge both paths. She’s taught in USU’s Creative Writing Program since 2010 as well as in multiple workshops around the state where she’s seen the power and sway of poetry. 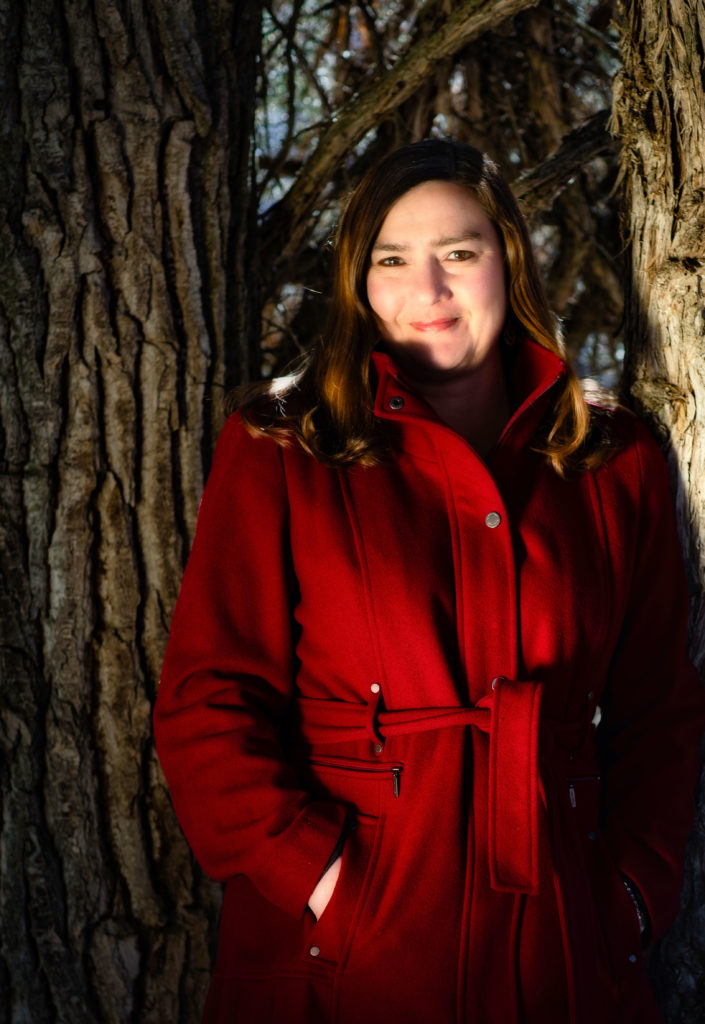 “Everybody has that desire to express. And poetry is a very economical way to do that.”

To further this approach, she’ll be hosting workshops and working closely with the Logan City Library.

“I prefer to write in an intimate space,” she says. She’s inspired in part by a sister who’s wheelchair-bound with multiple sclerosis and cannot travel easily.

But more than that, she says, “I’m very comfortable in a room where we can all write together and be a part of something.”

She appreciates the map provided by her predecessor and colleague, Star Coulbrooke, she says. “I’ll be building off of the community that she created. She did a beautiful, excellent job and brought a lot of people together.”

Ballam clearly remembers the first time she put her thoughts to paper in a poem. She was just a third-grader when she scrutinized a storm as it swept over the garden. “I watched it very carefully,”particularly one rose whose petals had been savaged by the rain, she said. “I wrote kind of a love poem to a rose.”

Perhaps there’s a tie between that rose and her identification with Red. Even beginning with the first poem in Inside the Animal, readers will quickly catch on that she’s not retelling the old tale.

The poem, “Red Riding Hood Opens the Door,” begins: “There is a house. / Inside the house / is a wolf. Inside the wolf / an old woman. Inside the / old woman an empty womb …”

In the years since her 2010 collection, she says, “the poems have evolved and became something different.” For instance, she wanted to flesh out the storybook character she identified with her own grandmother. “I wanted to give her a voice, and so in many of the poems about (Red’s) grandmother, it’s actually my grandmother I’m writing about.”

Fairy tales are malleable things that shift and reform with the society retelling it. That was Ballam’s intention as she sought to “break out of the narrative.”

Wolf, a complex, multi-faceted character, is perhaps the character most bound by the tale. In the poem “Wolf Dreaming: The Fantastic Library,” Wolf reads about the fairy tales—Rapunzel with her long locks, an old woman “who sings about babies in cradles rocking high.”

“I’m very comfortable in a room where we can all write together and be a part of something.”

Then he turns the page and sees Red. The poem reads, “Once, in a book, he saw the girl in the red cape and his heart sang.” But the fairy tale goes on to speak about Wolf himself, “the hideous beast with awful teeth that made the girl’s smile fade,” and he chafes against the story’s bounds.

Red, too, has dreams and fantasies that want to escape the story. She thinks of the “glimmering city” where she was raised by a distant and distracted mother who had fled the forest, in the process breaking her parents’ hearts.

One reviewer, the poet William Trowbridge, explains it this way, “The poems are set in an inner landscape, lushly described, charged with allure and menace, terrifying beautiful.”

This story first appeared in Liberalis, the alumni magazine for the College of Humanities and Social Sciences. Read Shanan’s poem “Red Riding Hood Opens the Door.”