These subjects often filled Matthew LaPlante’s notebooks while reporting for outlets like the Salt Lake Tribune and CNN. But the daily dose of bad news wore him down.

“I was sad and angry and I didn’t like me very much, but I felt what I was doing was important,” the associate professor of journalism says from his office overlooking Logan Peak. LaPlante saw baby animals as a path out of the darkness. “I was never a science person,” he says. “I loved the idea of it, but I had trouble speaking the language.”

A newborn elephant at the Hogle Zoo changed that. Zuri, a 251-pound calf, was the perfect introduction to science writing for the former national security reporter. Covering her birth marked the beginning of LaPlante’s fascination with nature’s superlatives. Zuri is the world’s largest terrestrial mammal. But what of its smallest organism? What of its fastest. Its oldest? What can humankind learn if we pay attention to biological extremes? All too often, it’s the middle of the bell curve that gets noticed by the scientific community, LaPlante says.

LaPlante explored nature’s outliers for his book Superlative: The Biology of Extremes. He visited a dolphin research center to glean what scientists know about their emotional intelligence. He examined how studying ant navigation may help engineers improve driverless vehicle technologies. He even tried skimming whale poop out of the Pacific Ocean to aid researchers monitoring their hormone levels.

LaPlante worries that just as scientists unlock secrets of organisms we’ve known about for centuries—African elephants—for example, that others will disappear entirely. Some before we ever stopped to reach between the leaf litter and wonder, what on earth could this be?

“Nothing larger has ever existed in 65 million years and we just figured out a few decades ago how elephants communicate,” LaPlante says. In 2017, he flew to observe a census count at Mago National Park in Ethiopia—a place where just three years earlier about 170 elephants had thrived. “We couldn’t find them.”

The following is an excerpt from Superlative: The Biology of Extremes by Matthew LaPlante. 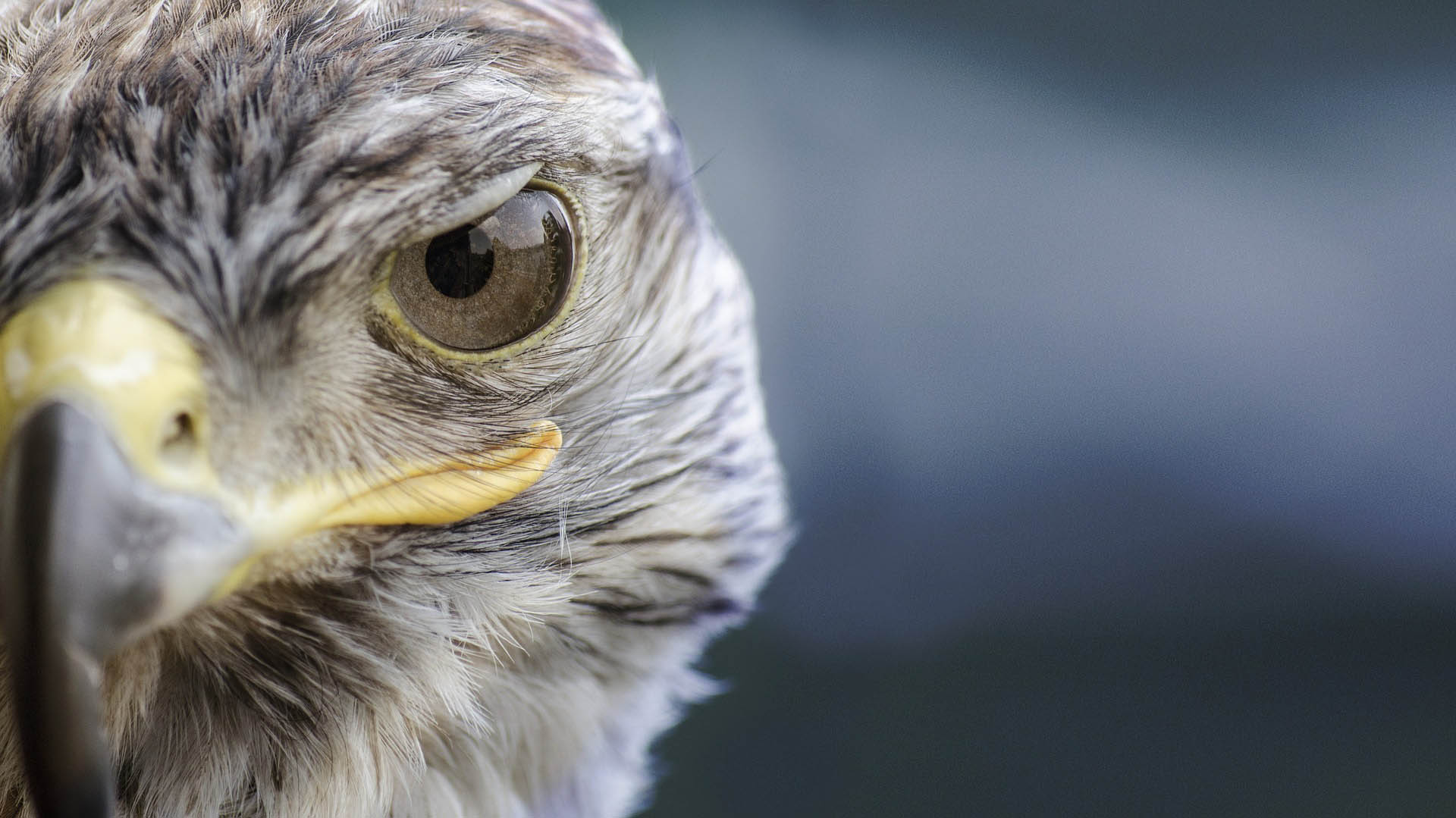 Why Engineers Are Taking A Second Look At Falcons

People long suspected the peregrine falcon was the fastest bird in the world—and the fastest animal of all, in terms of absolute speed. Its top velocity was long theoretical, though, because falcons operate in a vast, unpredictable, and very three-dimensional environment that makes a good radar-gun fix quite difficult. As recently as the late 1990s, we didn’t really know for sure how fast Falco peregrinus could fly.

That didn’t sit well with Ken Franklin. The professional pilot, master falconer, and amateur scientist knew birds had played an essential role in human flight. The Wright brothers extensively studied avian aeronautics before taking off at Kitty Hawk, and Orville Wright later wrote that “learning the secret of flight from a bird was a good deal like learning the secret of magic from a magician. After you know what to look for, you see things that you did not notice.” And yet, Franklin lamented, we didn’t even know what the fastest of all birds was capable of, because we weren’t looking.

So he decided to find out. And, since radar guns weren’t going to get the job done, he decided to take a different road. The high road, as it were.

Others had tried to calculate falcon speed by what was observable from the ground. But Franklin knew that peregrines often soar several miles in altitude—far past heights at which ground observations were possible. So, starting from a few thousand feet and moving progressively higher, Franklin and his falcon, whose name was Frightful, began a training regimen that culminated in both man and bird diving from a Cessna 172 at 17,000 feet.

Franklin wore a video camera. Frightful wore a half-ounce recording altimeter. Pursuing a lead-weighted lure that Franklin dropped once they were both diving together, Frightful tucked into a dive and reached a speed of 242 miles per hour.

At that speed, he was falling the length of a soccer field every second.

Franklin was hopeful the data he and his team gleaned from the Frightful experiments might help aerospace engineers better understand how to reduce drag and turbulence. And he worked hard to convince them to take a deeper look at the peregrine’s body shape, wing contour, and feather configuration during high-speed dives.

It turned out to be a tough sell. The writer Tom Harpole, who spent years following the exploits of Franklin and Frightful, thought for sure he’d found someone interested in understanding what airplane makers could learn from birds when he met Jim Crowder. Crowder was, after all, a senior technical fellow at Boeing whose specialty was studying airflow to improve the performance of planes. Crowder was also an amateur birder.

But while Crowder said he believed that “birds do all kinds of things that are unknown and potentially worth finding out about,” he also warned Harpole that the aviation industry saw itself as “a mature business” that had moved past birds as sources of knowledge for flight. Crowder lamented the conventional wisdom that, if there were aeronautical discoveries yet to be had, “someone would have found them by now.”

“Looking back, I do understand where they were coming from,” Franklin later told me. “I didn’t have a PhD. These people had spent their whole lives trying to quantify the mathematics of flight and, from their perspective, I was the new guy on the block who was throwing birds out of airplanes.”

Frightful passed away around 2012, and Franklin has retired from the skydiving game. He keeps pigeons these days instead of birds of prey. “Frightful and I made more than 200 jumps together,” he said. “We took it as far as we could.”

For more than a decade after Frightful set the animal air-speed record, falcon freefall got little more than a passing look from the aeronautics set. That finally changed, though, in the early 2010s.

That’s when a team of German scientists realized that maybe it wouldn’t be such a bad idea to at least take a look not only at how peregrines manage to go so fast, but also at how they withstand the high mechanical loads that push and pull against the birds’ 2-pound frames when they maneuver at such speeds. After all, when pulling out of an extreme dive while clutching a lure weighing nearly as much as she did, Frightful was confronted with more Gs than the limit for the US Air Force’s F-22 Raptor.

Building from observations taken during Frightful’s falls, the Germans trained a group of falcons to dive in front of a 200-foot dam. At that height the birds couldn’t reach maximum acceleration, but they did tuck into the same body and wing configuration Frightful had when falling much faster. Because the dam offered a high-contrast background, the researchers were able to reconstruct the bird’s exact flight path and body shape using multiple high-speed video cameras. With those images, the team built a life-sized model of one of its falcons, slathered it with oil paint, and put it in a wind tunnel. The streaks of paint showed how air moves around a falcon’s body during a fall.

And that’s when the German team noticed something interesting: regions of the model along the back and wings where paint had accumulated, indicating a separation of wind flow. When they went back to look at images of their birds, and honed in on that area, they noticed a series of small feathers that were popped up from the falcon’s body at the exact same locations the paint had pooled on the models. They hypothesized that the arrangement of feathers prevented the flow separation seen on the model. Somehow, it seemed, the birds knew which areas of their wings were not moving air as efficiently, and had figured out a solution to the problem.

That finding excited Marco Rosti, then a doctoral student at the University of London. The young Italian aeronautical engineer was part of a team looking for novel ways to address the issue of stall, which happens when the direction of an aircraft wing and the direction of the oncoming airflow get too far out of parallel, causing significant airflow separation and loss of lift. The problem is as old as aviation; Otto Lilienthal, a pioneer in glider flight, died in 1896 after a crash caused by stall. The century that followed has given us a tremendous number of innovations in aviation, but we haven’t “solved” stall.

Falcons seem to have solved it, though. So, building off what had been learned in the falcon experiments, Rosti and his fellow researchers devised a flap that could be hinged on the top side of a wing with a torsion spring. The self-activated flap was designed to pop up, just like the little feathers on a falcon’s wings, to disrupt the airflow separation. Rosti said that the entire time he’d been studying aeronautics he was told the same sorts of things about animal flight that Ken Franklin had been in the wake of the Frightful flights. “What we heard was that perhaps some animals like insects were good to help us identify completely new ways of flying,” Rosti said, “but not for helping us improve the way we already fly.”

And yet interest in his team’s falcon-inspired solution to stall was red hot—and the enthusiasm was coming not just from airplane designers, but from the helicopter community as well, which also faces that age-old problem, albeit in different ways.

Rosti remains cautious. There are a lot of remaining hurdles, not the least of which is an aviation culture that is wedded to ideas about how airfoils are supposed to work, even when those ideas begin with the premise that, in a lot of situations, airfoils won’t work.

Ultimately, Rosti said, he accepts that his team’s design might not revolutionize air travel. But if it makes it a little less bumpy for some folks, he said, it will be worth the effort.

Perhaps more importantly, though, the bio-inspired design has proven people like Franklin right. We may be more than a century into our era of aviation, but falcons are millions of years into theirs. The idea that there’s nothing more to be learned from birds when it comes to human flight is pure hubris. 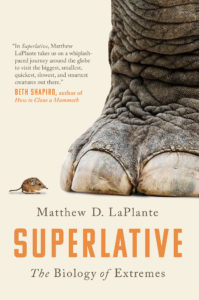 Superlative: The Biology of Extremes was published in May 2019 by BenBella Books, Inc.  Purchase a copy here.