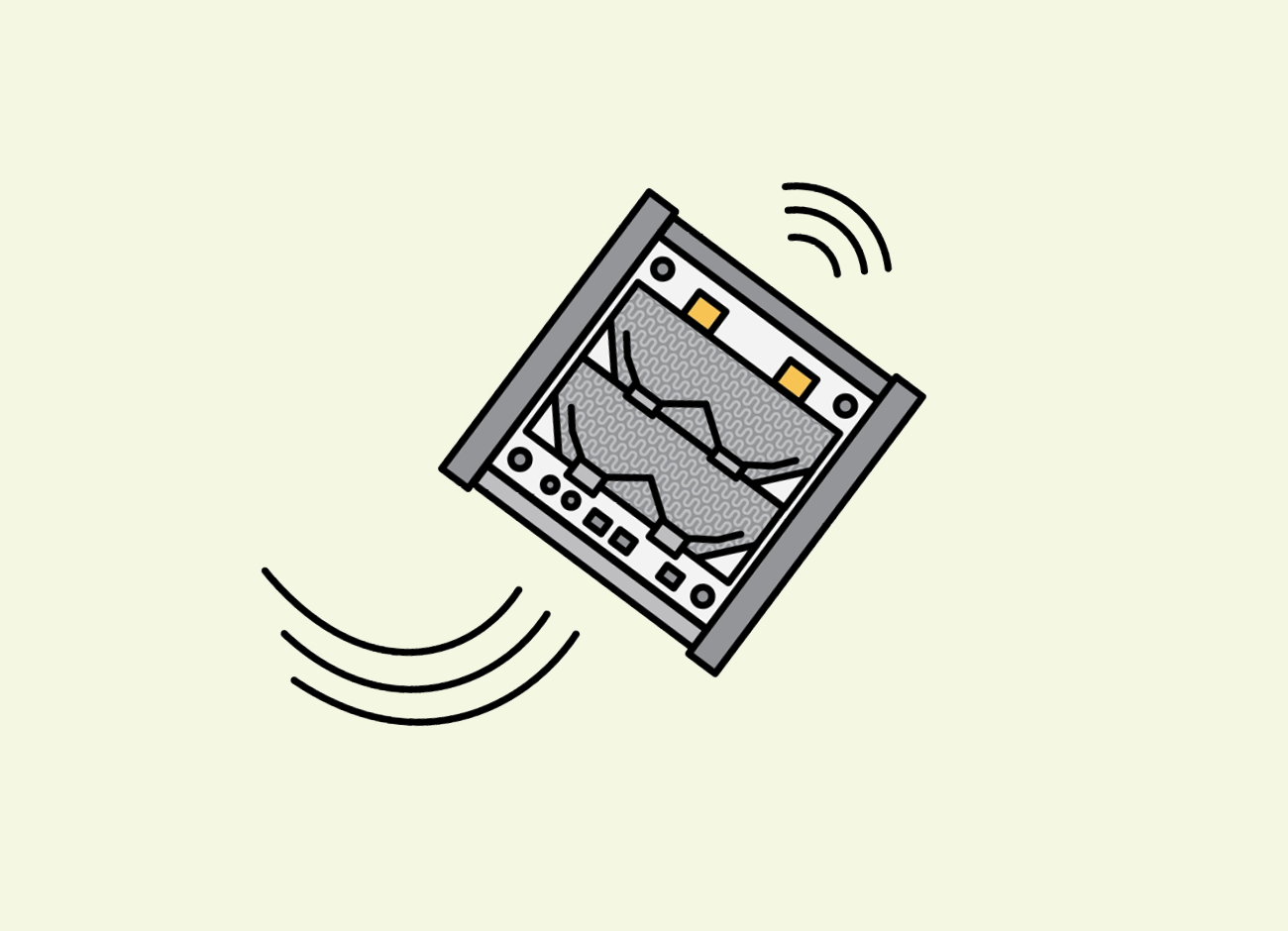 At 4 a.m. on Dec. 21, 2021, 10 members of Utah State University’s Get Away Special (GAS) team, watched its CubeSat satellite — about 10 cm cubed, roughly the size of a small Amazon package — leave Earth’s atmosphere from Cape Canaveral aboard a spacecraft on its way to the International Space Station. This is the first GAS project to leave Earth’s atmosphere since 2001.

“It’s definitely a relief that it is up there,” says senior Jack Danos, student GAS team coordinator. “It’s a huge milestone.”

Danos and his team completely assembled the satellite and delivered it to NASA in late July and waited together as the space station deployed the CubeSat on Jan. 26. The satellite has an experimental boom, about a meter long, designed to inflate and deploy from the satellite as it was put it into low-earth orbit. The boom is a proof of concept experiment to show that inflatable structures can be deployed in space.

“We knew it would be about 40 minutes before the antenna deployed and began operating,” Danos, says. “So much could go wrong. Would the satellite open to allow the antenna to move into position? Would the batteries work?”

Within an hour, a radio operator from Argentina shared a recording from the satellite playing the first bars of “The Scotsman”— evidence that the CubeSat was functioning as intended, so far.

“You can build something that starts out small, flexible, and compact that expands in space into a large, rigid object,” Danos explains. “It has a lot of applications, whether it be solar sails or building actual structures in space, such as habitats.”

From its first payload launch in 1982, USU sent several projects into space aboard NASA space shuttles. After the Challenger Space Shuttle disaster in 2001, NASA discontinued its Get Away Special program, but that did not stop USU’s GAS team from continuing to experiment. The team sent several projects into the atmosphere using high altitude balloons and did experiments aboard NASA’s Vomit Comet zero-gravity simulation plane.

NASA announced its CubeSat initiative in 2013, and the GAS team quickly submitted a proposal to have a satellite put into space. NASA approved it in 2014 and the team has been hard at work ever since creating a design and completing the components. For the next six years, students cycled through the GAS program, and many thought the day the project would go into space would never come.

“When I joined the team, everybody thought that this was not actually going to ever go into space,” Danos admits. But the focus has been on making the satellite a reality. “As far as we can tell, our team is the first team to be made entirely of undergraduate students,” Danos says.

“That’s something that nobody else gets the opportunity to say. Words can’t really describe how cool of an opportunity it is for somebody who loves space.”