A Note From Noelle: Inspiring Firsts 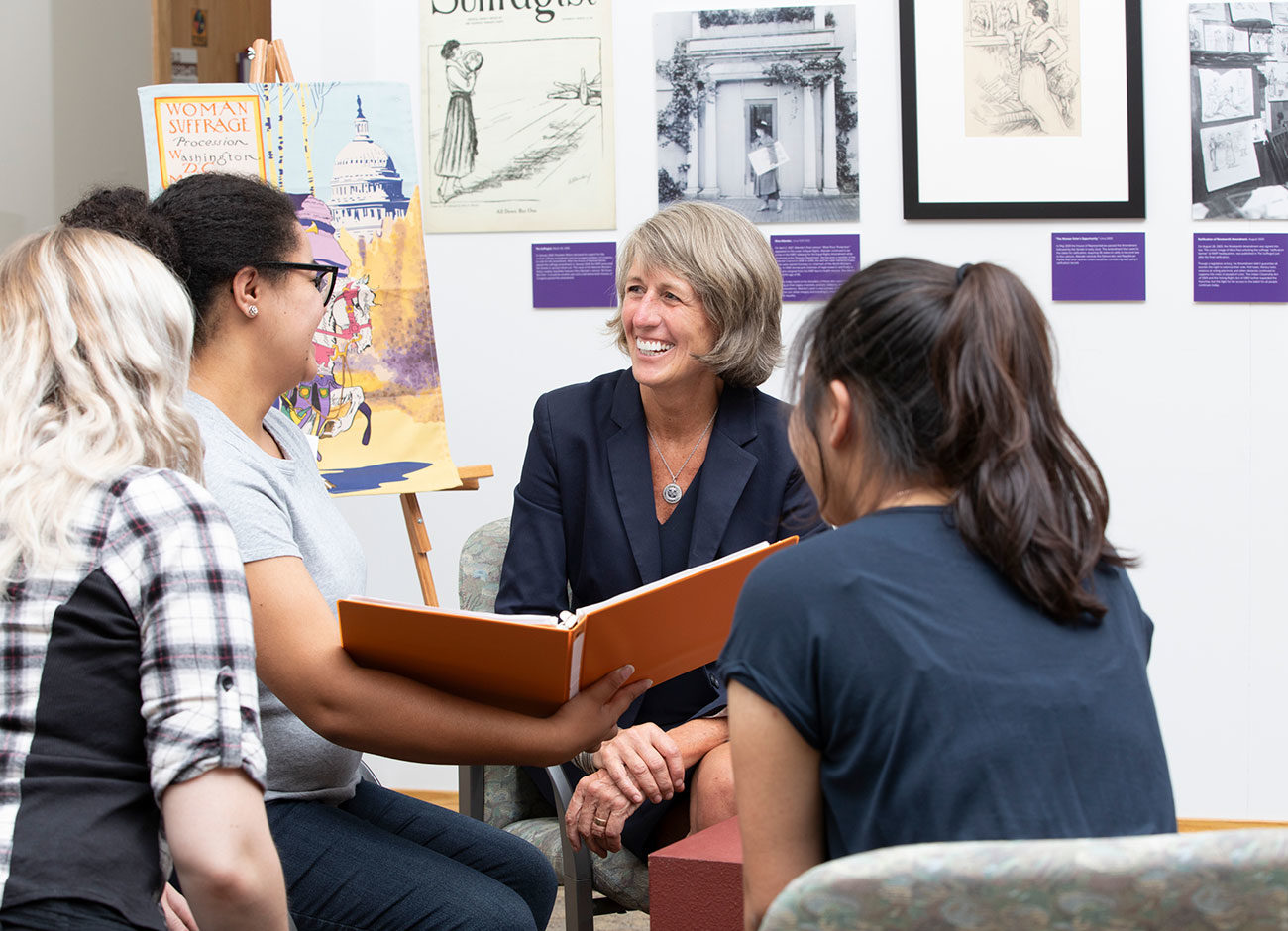 When I was a kid in Montana, I loved pretending that I was a pioneer – being the first to explore a new area in the American West.

My exploration of new lands was done by riding a stick horse miles and miles and miles, along cattle paths that I pretended were buffalo trails. One treasured fantasy was pretending I was part of the Lewis and Clark Expedition that mapped the Yellowstone River, including where it flows a mile from my childhood home.

This fascination with being “the first” has continued through my professional career.  Over the years, I’ve reported the discovery of several genetic mutations that influence or cause traits in farm animals. My research team was the first to name callipyge, a phenotype that results in heavily muscled buttocks in sheep. I’ve also been the first woman in several positions I’ve held at Utah State University, including the appointment as USU’s 16th President and first female president. While I don’t believe that I was appointed to the president’s position because of an affirmative action goal, I do believe my hire is an affirmative action success for USU and the state of Utah.

When traveling outside the state of Utah promoting USU with my husband John, I recall introductions where the people assume John is the USU president. It is not everyone’s first reaction to assume a woman is holding a senior leadership role.

I think the West is where it is easier for women to make their mark in leadership. When pioneer women came to the Intermountain West, they walked beside the men across the prairie. Pioneer women were right there building the homes and settling the land. In addition, the West’s legacy in agriculture has used women’s hands and expertise in growing plants, crops, and animals. Therefore, it doesn’t surprise me that five of the ten university presidents in Utah and seven of the 12 presidents in the Mountain West Conference are women.

I believe many women practice a collaborative management style that is very much needed and welcomed in today’s world. Women frequently invite diverse voices to the table and seek alternative opinions and ideas when making decisions. Women leaders often have high approval ratings because people within an organization appreciate when their voices are heard and when their input is valued. I hope more women seek leadership opportunities in the coming years and leverage their roles by using transformative management when leading their unit.

One of my goals in creating the University’s Year of the Woman campaign that started in August is to lift up the often-forgotten legacies of the women who carved a path for women’s suffrage in the United States. We have partnered with organizations such as Better Days 2020 to carry these stories across the state. My second goal for the Year of the Woman is to celebrate the women who helped make USU what it is today and have brought wonderful attention to our great university. Since I first joined the faculty in 1990, I have met the most incredible women affiliated with USU—people who are mothers and sisters, astronauts and entrepreneurs. I want to share these special stories with people who love USU.

My hope is throughout 2020 you will join me in celebrating the women and their pioneering ways who shaped USU, Utah, and beyond. And in that way, we can inspire others to become “a first.”