Home / Look Back  / The Fighting Sisters of the First World War

The Fighting Sisters of the First World War 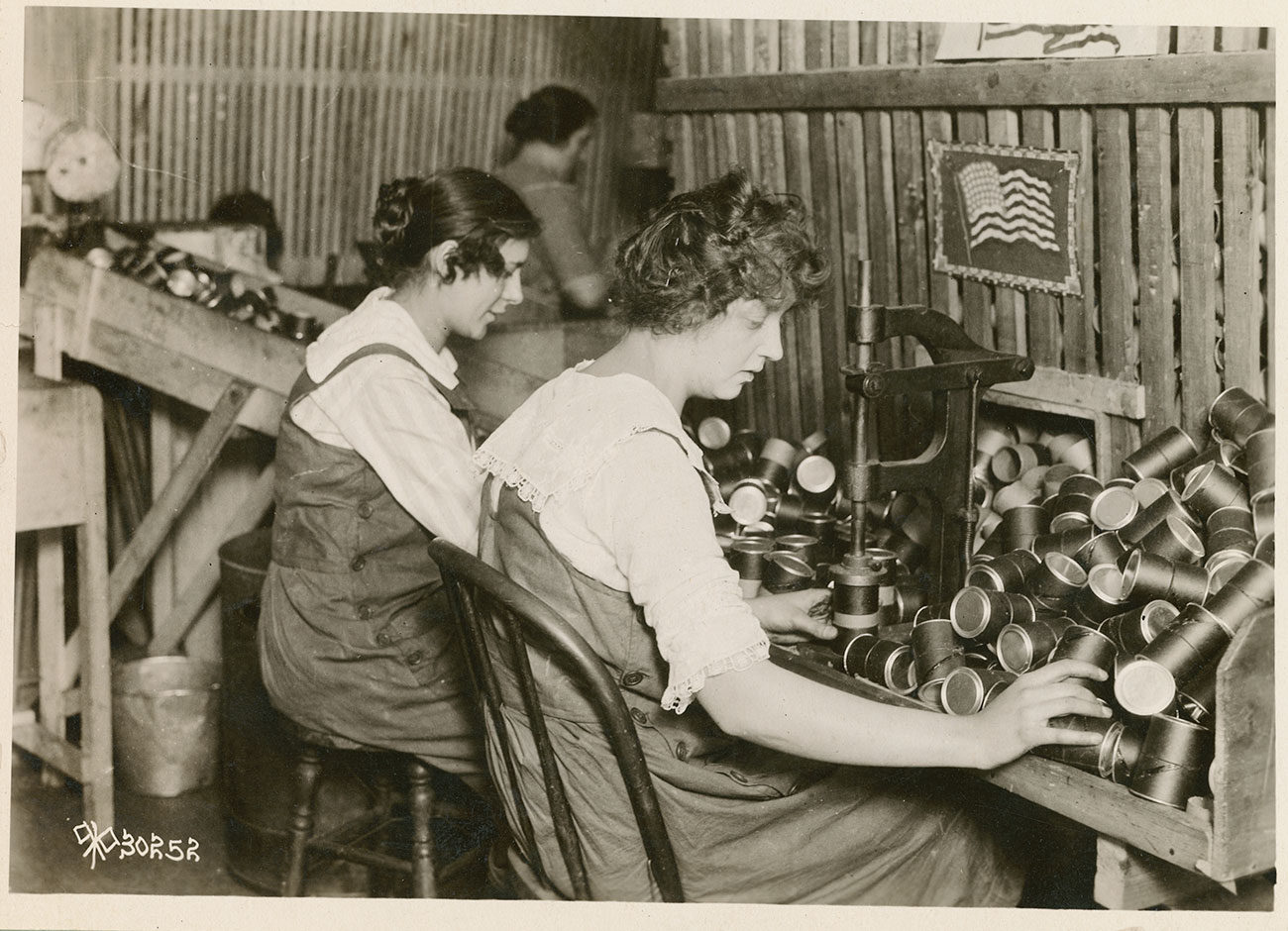 Are you Doing Your Share?” the Logan Republican newspaper asked women, following that call with an article in May 1918 celebrating the “Fighting Sisters of Fighting Men.”

Through calls such as these, women joined the First World War effort—in war relief, entertainment, heavy industry, medical services, and offices. Most of these women saw themselves as patriots and citizens who were “doing their part” to end the war. They were also modeling themselves on the example set by women in other parts of the world who participated actively in the war—out of patriotism, civic duty, coercion, and a sense of adventure. As African American women volunteers, Addie Hunton and Kathryn Johnson, described their sense of service and responsibility: “It was our privilege … we can conscientiously say that we had the greatest opportunity for service that we have ever known.” Hunton and Johnson, who served in France by operating a canteen, were only two among the thousands of American women who served in the Great War, both at home and abroad.

In the United States, women formed the front line of food and resource conservation, volunteered for the Red Cross and other war relief organizations, and worked in war-related capacities. Girl Scouts raised victory gardens and sold war bonds, women’s clubs knitted socks and put together care packages, and women even joined pen pal schemes to write to soldiers abroad. Many women took paid work in munitions, transport, and other heavy industry during the war. Women also found themselves in battle against disease as influenza devastated communities across America in 1918–1919.

One of the most visible ways that women participated during the war overseas was as auxiliaries in the American Expeditionary Force (AEF). This was paid work, so it attracted women interested in serving, but without the means to fund voluntary war service. Women wore uniforms that complemented soldier’s garb, but that retained a “feminine” look.

Influenza was not the only medical area where women answered the call. They trained as nurses, aides, and drivers for units such as the American Women’s Hospital services. Roughly 10,000 women served overseas in this organization during and immediately after the war. One interesting area where women were recruited for service was in the emerging job known as a “Reconstruction Aide.” This was a program where women learned to care for soldiers recuperating from war injuries. The RAs specialized in massage, physical therapy, occupational therapy, and speech therapy. These women used handicrafts to help men heal, so they taught weaving, woodworking, carving, and sewing to help men relearn their motor skills. 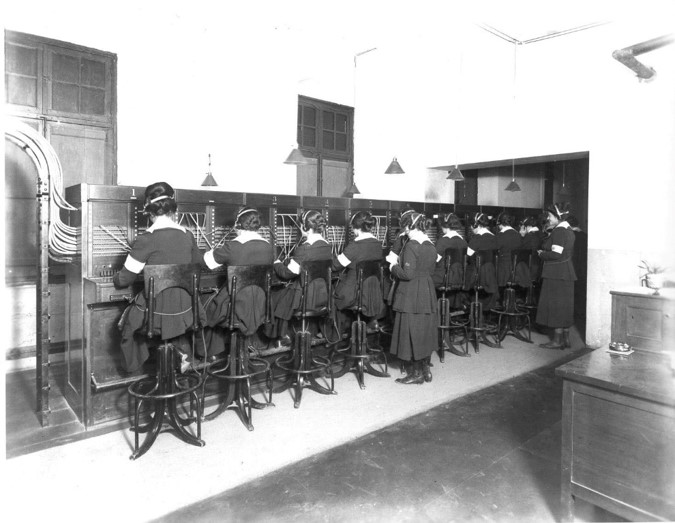 A specialized group that emerged from the needs of the Army in 1918 was the “Hello Girls,” who trained as telephone operators for the Army Signal Corps.

For women without medical training, another possibility to serve was in canteens that were established for American soldiers behind the fronts. These canteens were sponsored and built by voluntary organizations hoping to provide wholesome recreation for the men. Female entertainers made the circuit of these recreation huts, performing popular songs, dancing with soldiers, and doing theatrical pieces. In addition, organizations recruited all-American girls to serve food, play board games, maintain libraries, write letters, and otherwise distract the soldiers in “good” ways. The most popular of these organizations was the YMCA, which sponsored facilities for U.S. soldiers; nearly 6,000 women served in the canteen industry. One of the most visible ways that women participated during the war overseas was as auxiliaries in the American Expeditionary Force (AEF). This was paid work, so it attracted women interested in serving, but without the means to fund voluntary war service. Women wore uniforms that complemented soldier’s garb, but that retained a “feminine” look. Many of the women worked as drivers and cooks, but they also did clerical work and other necessary tasks. Some came with considerable experience in dietetics or nutrition, while others had served welfare organizations in the United States prior to the war. A specialized group that emerged from the needs of the Army in 1918 was the “Hello Girls,” who trained as telephone operators for the Army Signal Corps. Thousands applied for these positions, and several hundred completed the necessary training and served overseas in this capacity. Women worked in U.S. air corps and in naval battalions as well. 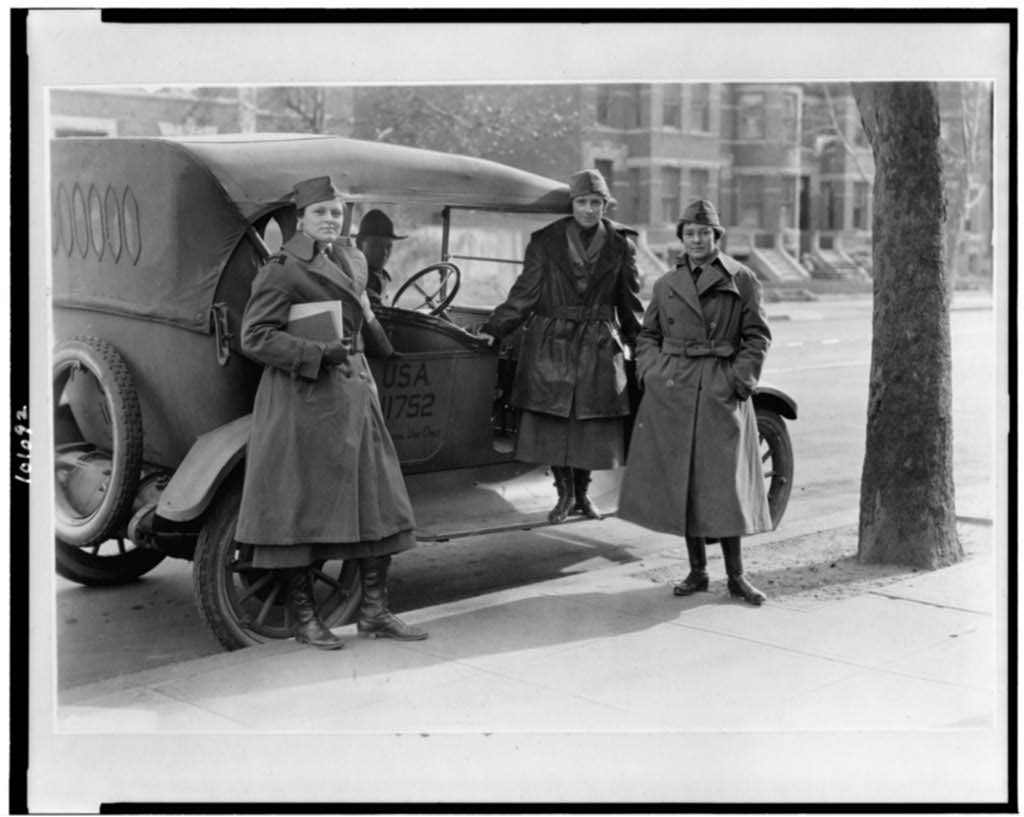 During WWI, women served in many capacities.  One of the most visible ways that women participated during the war overseas was as auxiliaries in the American Expeditionary Force. Above, are three members of the Radio Corps.

In short, World War I marked the first major mobilization of American women in Europe in U.S. history. More than 16,000 women served as part of the American Expeditionary Force in sex-segregated environments in non-combat roles. Thousands of women worked stateside in the armed services in order to free up men for war. Hundreds more traveled to France to work for other organizations related to the war, for newspapers, for relief societies, or as office staff for wartime agencies.

If the First World War was a coming of age moment for the United States and its male citizens, it served a similar role for many American women. What the First World War did for women is hard to put into concrete terms. Certainly, the war provided new opportunities for women to serve the nation, and the creation of female veterans’ organizations speak to this function. The war
also helped legitimize the women’s suffrage legislation going through the ratification process, as men vocally supported the important part women had taken in the war. While the 50-year campaign for women’s suffrage had more to do with the extension of the vote to women in August 1920, women’s war efforts served as proof that they deserved recognition as equal citizens. Women’s vote on equal terms with men helped validate their claim to citizenship in the nation.

Finally, the war established a precedent—a test, if you will—of women’s capacity to serve overseas. Their success in World War I meant that a new generation of women would be called to work for the wartime nation in even larger numbers in the Second World War.

Tammy M. Proctor is Distinguished Professor of History at USU and chair of the department. She is the author of World War I: A Short History and An English Governess in the Great War: The Secret Brussels Diary of Mary Thorp, and several other books. Her website is: tammymproctor.com.

Finding the Light in Dark Times