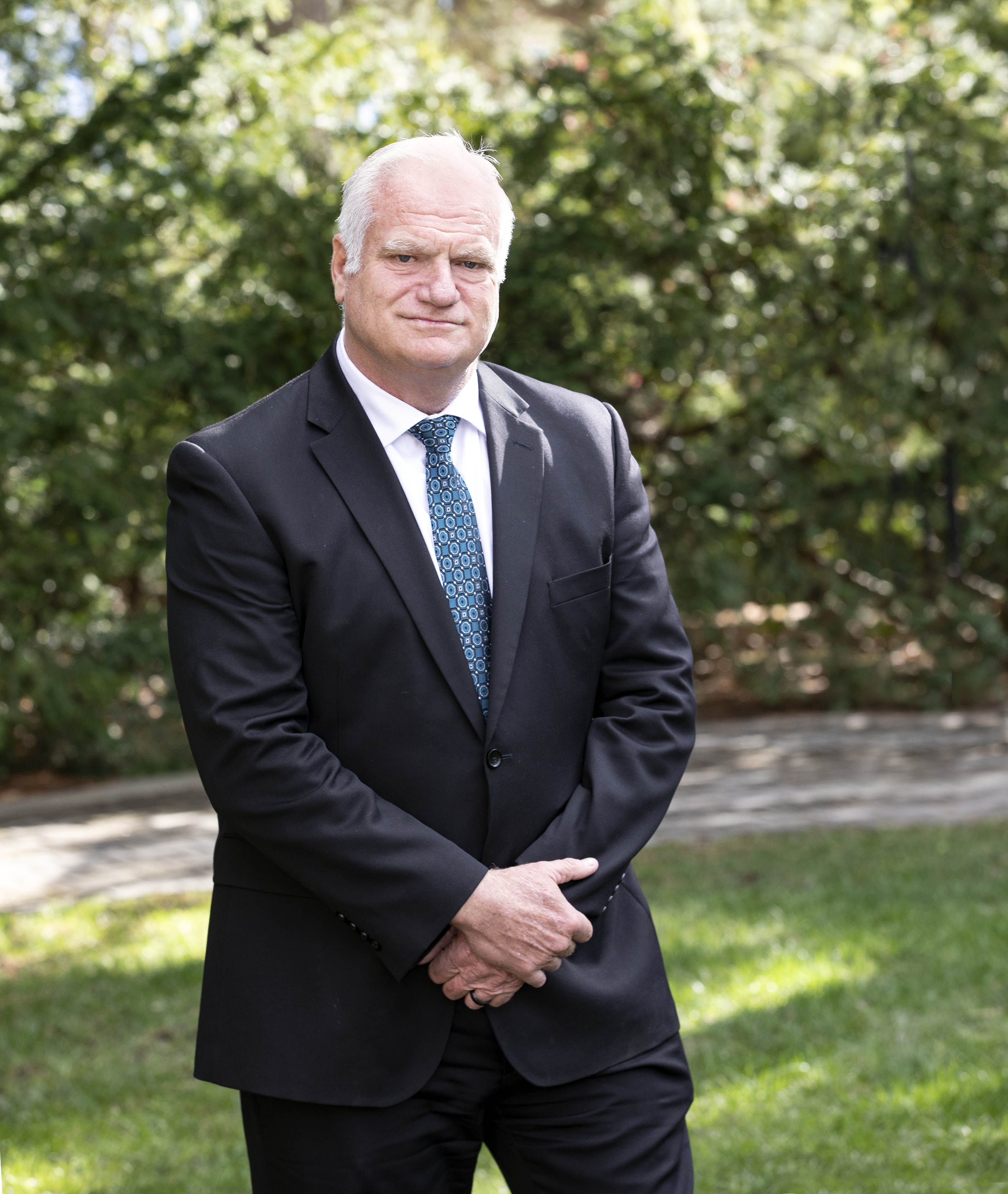 But Hipple, who spent 10 years in the NFL with the Detroit Lions, didn’t talk X’s and O’s with USU coaches and players on the football field. Rather, Hipple sat at the head of a large conference room table at the Sorenson Legacy Found Center for Clinical Excellence seeking information about what USU is doing to grapple with the challenges of mental health.

During the meeting Hipple spoke extensively about the challenges individuals who are facing transitional periods in their lives encounter, whether it’s leaving home to attend school, graduating from college, returning to civilian life after serving in the military, or, like Hipple experienced, taking on a new career after a lifetime of playing football.

“Life is a journey, and we go through some really difficult things,” Hipple noted. “But not any one transition or any one thing has to defeat us.”

After leaving the Sorenson Center, he was escorted across the parking lot to the Dee Glen Smith Spectrum, where Hipple hoped to better acclimate himself with the site of the following day’s commencement ceremonies. And yet, that simple, short walk had a heartbreaking moment.

“That’s where my son is buried,” Hipple said quietly, gesturing towards the Logan City Cemetery, which sits just southeast of the football field where Hipple starred for the Aggies from 1976 to ’79.

It was a brief—but extremely sobering—reminder of some of the challenges Hipple has battled during this life, most notably the suicide of his only son, Jeffery Daniel Hipple in 2000.

Hipple was on a business trip at the time, and while he realized something was wrong with Jeff before he left, he didn’t understand just how bad things were. He told Jeff they would deal with his problems when Hipple returned home. Not recognizing the depth of Jeff’s anguish weighed heavily on Hipple, who battled his own bouts of depression while playing at Utah State—only he didn’t recognize it as depression at the time.

Interest of NFL teams heading into the 1980 draft plummeted after Hipple had surgery after a badly timed knee injury during the annual Blue-Gray Football Classic on Christmas Day.

“When he retired, a scout for the Lions gave me my scouting report, which I thought was really, really cool. And it had me listed as a first-round draft choice,” said Hipple, who ended up being taken by Detroit in the fourth found. “So, even though my knee ended up being fine, my value just wasn’t as high and I had to go prove myself again.”

Hipple put together an outstanding professional career, however, taking over as the starting quarterback for the Lions during his second year in the NFL and being named team MVP in 1981.

But life after football was difficult, and the loss of Jeff was simply unbearable. Later, as his wife Shelly was driving him to the airport, he wrote a quick note to her that simply said, “Sorry,” and then tried to kill himself.

After surviving, Hipple continued to struggle with depression and turned more and more to self-medication with drugs and alcohol. That led to a DUI and a two-month-long stint in jail.

Finally, he turned to the Depression Center at the University of Michigan, and gained some measure of control over his demons. He also spent more than a decade at the facility telling his story and trying to help others. In 2008, he also published a book Real Men Do Cry: A Quarterback’s Inspiring Story of Tackling Depression and Surviving Suicide Loss that received national attention and received a publisher Presidential Award.

Hipple continued to struggle with depression and turned more and more to self-medication with drugs and alcohol. That led to a DUI and a two-month-long stint in jail.

Hipple, who also served as the grand marshal of USU’s Homecoming parade in 2009, is a regular visitor to Logan, returning to campus in the fall every couple of years to take in an Aggie football game. However, this spring’s visit was very different.

“I came back this time to a totally different environment with a completely different mindset, as opposed to coming back as athlete to watch a game and relive my time here as a football player,” said Hipple, who remained in Michigan after his career came to an end following the 1989 season.

“That’s great to have, but this side of it is really much more important and more meaningful to me,” he explained. “So, to come back and hear about what’s going on at the university in the arena of mental health just makes me that much prouder that I went here.”

Hipple continues to work in the field of mental health in a variety of different roles. He helped found After the Impact, a residential behavioral health treatment program that serves military veterans and former NFL players. Hipple, who was a finalist for the NFL’s annual Salute to Service Award last winter, also speaks at schools around the country and works as outreach specialist for Transformations, a mental health/addiction treatment facility in Florida.

When asked what he hoped to convey with his commencement address, Hipple said he wanted the USU community to know that help was available for those in need and that battling life’s obstacles is absolutely worth it.

“No matter what happens, you can get through it,” Hipple proclaimed with a smile. “And not only that, but life is worth living. Life can be great.”