A decade ago, Katie Wagner planted some proverbial seeds when she rebooted a program connecting an unlikely web of people in Salt Lake County: inmates and master gardeners. In 2016, the Utah State University Extension agent added seniors to the coterie. Because what if hungry bellies could be nourished, purpose could be redirected, and skills could be hardened with this arrangement? What if growing a carrot is not just about growing a carrot? What if growing a garden feeds something more?

Typically, 250 volunteers plant, tend, and harvest over 6,000 pounds of free produce on a 1.5-acre parcel at Wheeler Historic Farm for area seniors. But 2020 is not a typical year. COVID-19 upended the program’s traditional format of holding farmer’s markets at senior centers. One breezy May morning, Wagner met a skeleton crew to transplant trays of tomato, pepper, and eggplant starts.

“We won’t be able to get the herds of people out to help.” – Sharon Roper

With social distancing measures in place, “we won’t be able to get the herds of people out to help,” so we are growing produce that is easier to harvest, says Sharon Roper, a master gardener who has volunteered with the program for the last six years. She has witnessed it evolve as new needs emerge and obstacles are troubleshooted each season. But this year feels different.

“It has to be different,” Roper says.

She has studied that various center populations and learned their preferences. She knows which peppers to bring and which tomatoes to leave behind so that less food goes to waste. Roper momentarily stumbles when trying to describe what it means to grow food for someone else. She settles on a word: joy. 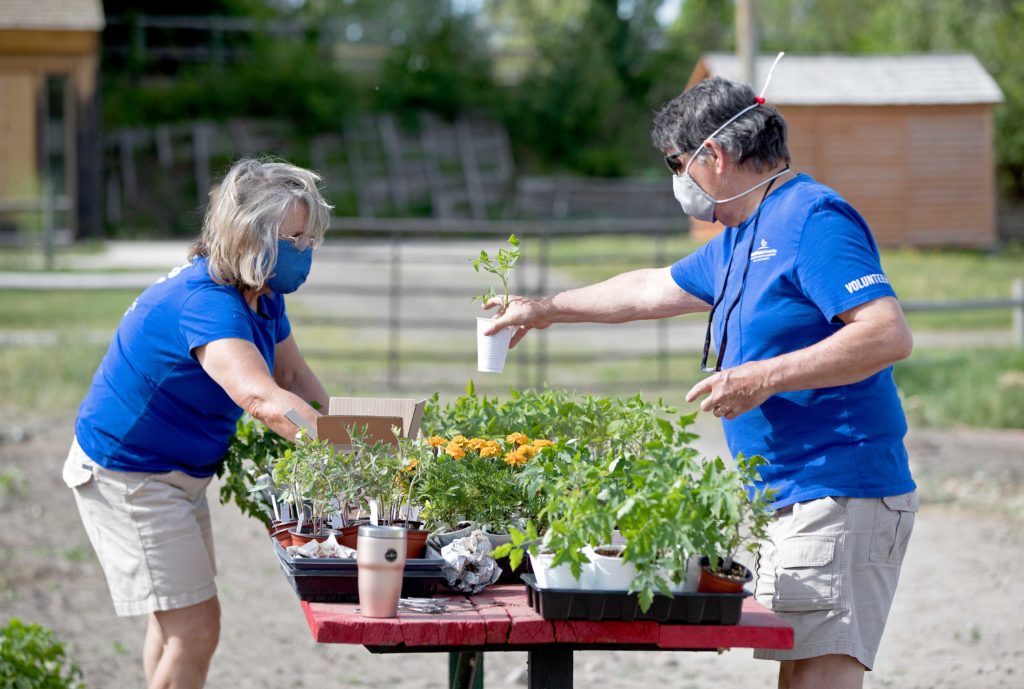 In early May, USU volunteers Sharon Roper and Phil Lehoux organize a table of seedlings before transplanting them at Wheeler Historic Farm. Photo by Jeff Hunter. 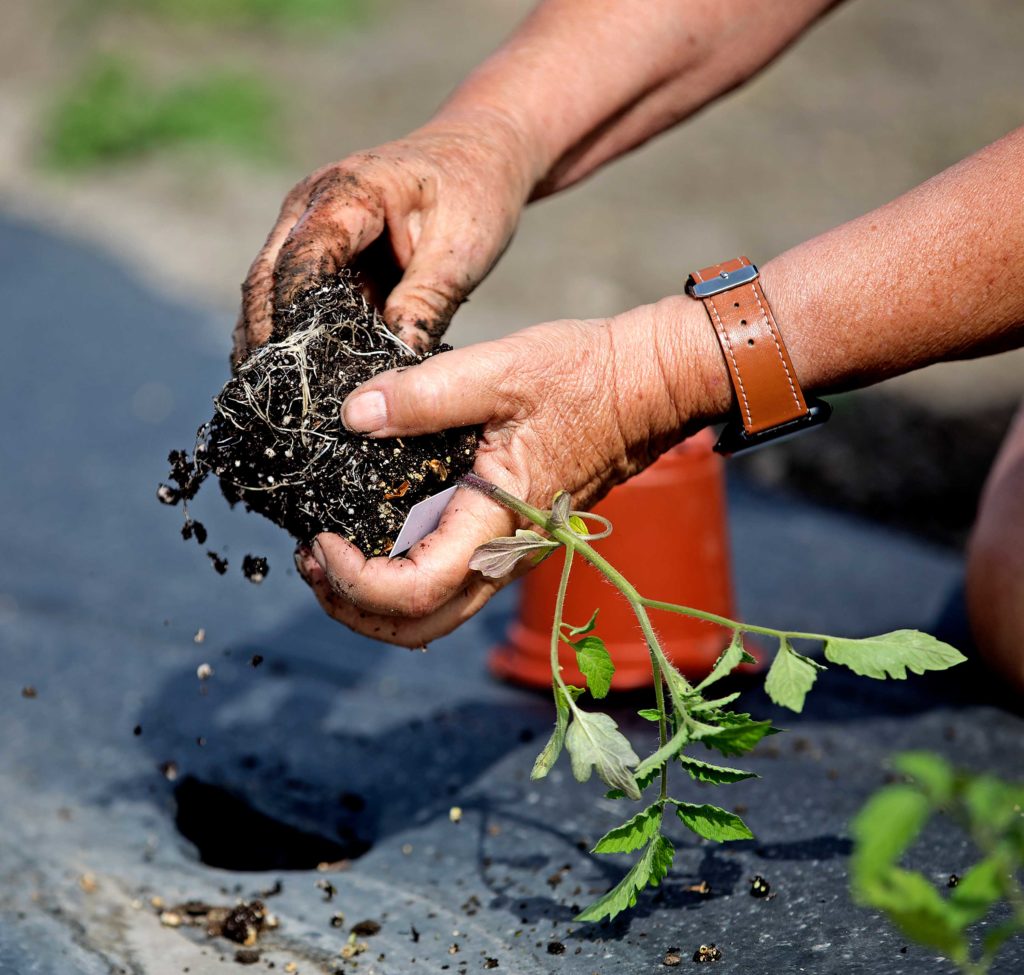 Sharon Roper puts down some roots. Photo by Jeff Hunter.

“What’s really sad to me is you see the holes in the fabric of our society when you have these pandemics,” she says. “We have hunger in this country … The need is growing, and we are handicapped. But we will do the best we can.”

Word of the closings came on a Thursday afternoon in March.

Jackets and personal effects were gathered. Hours later, senior centers across Salt Lake County closed to the public. They haven’t re-opened since.

“We started doing meals right out of the gates,” says Tim Tomes, manager of the Kearns Senior Center.

They served 13 meals the first day, and fewer on day two. The upswing came in the weeks afterward. By May, following the country’s worst unemployment rate since the great depression, the center was averaging more than 120 meals a day—a fourfold increase from last spring. While demand for food assistance has increased across Salt Lake senior centers since COVID-19 hit, Kearns has experienced the most significant jump.

“We are seeing people we have never seen before,” Tomes says.

Most people come to the drive through delivery site for meals. And some people come for the glimmer of human connection. “This is our one time getting out,” was a common refrain Tomes heard from seniors even before COVID-19.

“We have one of the older populations [of the centers],” he says. Many clients are widowed. Some struggled with social isolation prior to the pandemic. The center was where they came to grab a bite to eat and do the crossword puzzle. Now, a small team of volunteers makes weekly calls to the 1,200 registered clients to check their food status and wellbeing. Even though seniors are among the most vulnerable to COVID-19, Tomes finds they are worried about other people. “They are kind of missing their own families,” he says. “A lot of them don’t want to talk about themselves.”

“We just feel like if there is any year where this program can make a difference, this is it.” – Katie Wagner

Typically, this time of year, seniors at Kearns would attend a farmer’s market—a 14-foot sea of carrots, celery, and tomatoes—set up in the hallway to shop for produce donated by area master gardeners. Tomes suspects it breaks up a diet of television dinners. Now, the seniors receive bags of fresh produce along with a prepared meal at the center’s drive through.

“We just feel like if there is any year where this program can make a difference, this is it,” she says.

COVID-19 is an opportunistic disease. It seeks any warm body to host a virus that just wants to reproduce. However, the elderly, minority populations, and those with underlying health issues comprise a disproportionate share of the dead.

In the past, when the country needed to come together, we were encouraged to plant Victory Gardens, Wagner says. “A lot of these seniors can’t.” 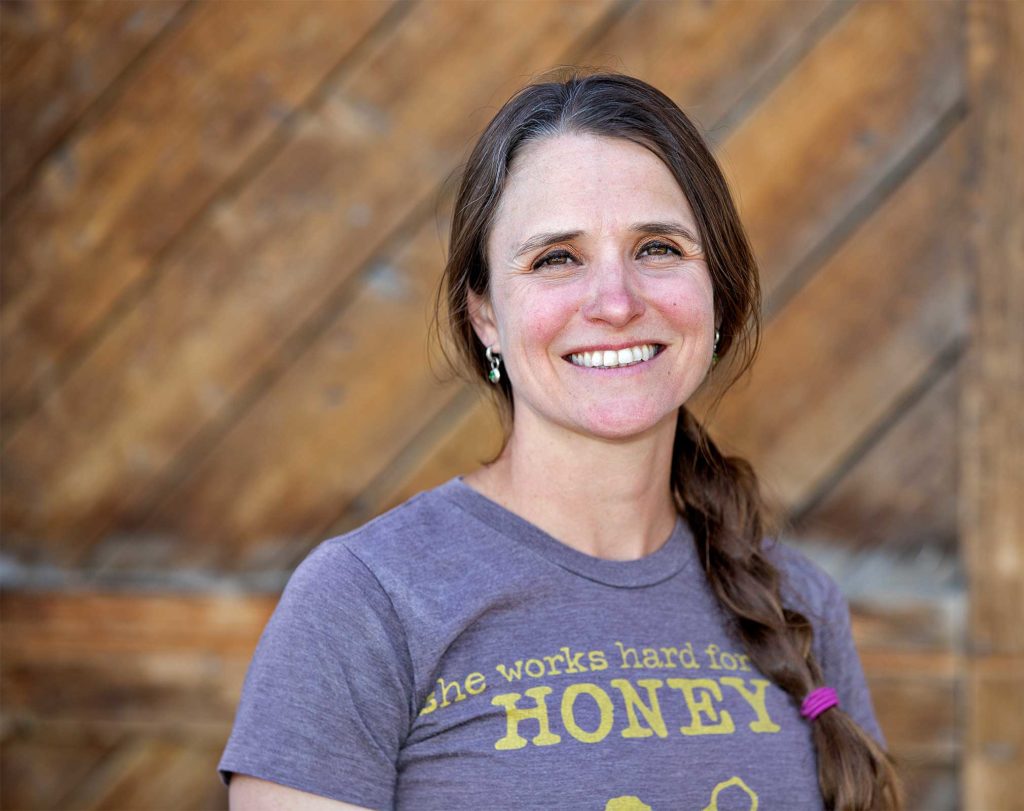 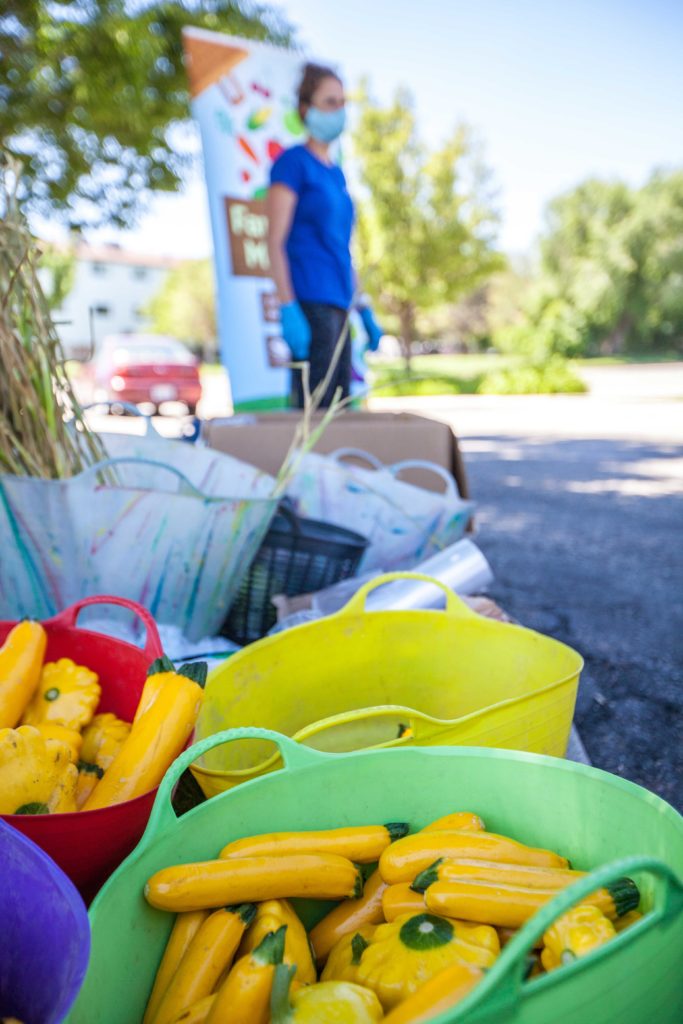 In April, pineapples were growing in the greenhouses of the Salt Lake County Oxbow Jail.

The crop was an experiment, one of Josh Murphy’s latest. Last year, the horticulture manager’s crew successfully farmed peanuts, a crop more commonly found in the South than downtown Salt Lake.

“We are a test plot in the middle of the city,” Murphy says. “We are not profit driven. It’s kind of a research garden to see what works.”

It turns out, a lot. But before there were peanuts and pineapples, blackberries and asparagus, there was a field of weeds. Acres of them.

“It was kind of an eyesore,” says Chief Deputy Matt Dumont. “It wasn’t very useful at the time.”

In 2006, shovels were turned to prep the soil. USU Extension provided initial guidance for developing a horticulture program and teaching a certificate program that indicates inmates have learned basic botany, soils science, pest management, and watering techniques. The inmates learn how to nurture crops from seed to market and have had a vendor’s booth at Salt Lake’s Downtown Farmer’s Market since 2007.

The idea was to create an educational program where inmates could participate in “prosocial activities” and develop transformative skills so they are less likely to return to incarceration, Dumont says. “I’m a huge proponent of programming. Give people an opportunity to make a change in their lives. … 98 percent of inmates will be back in our communities. How do we want to bring them back?” 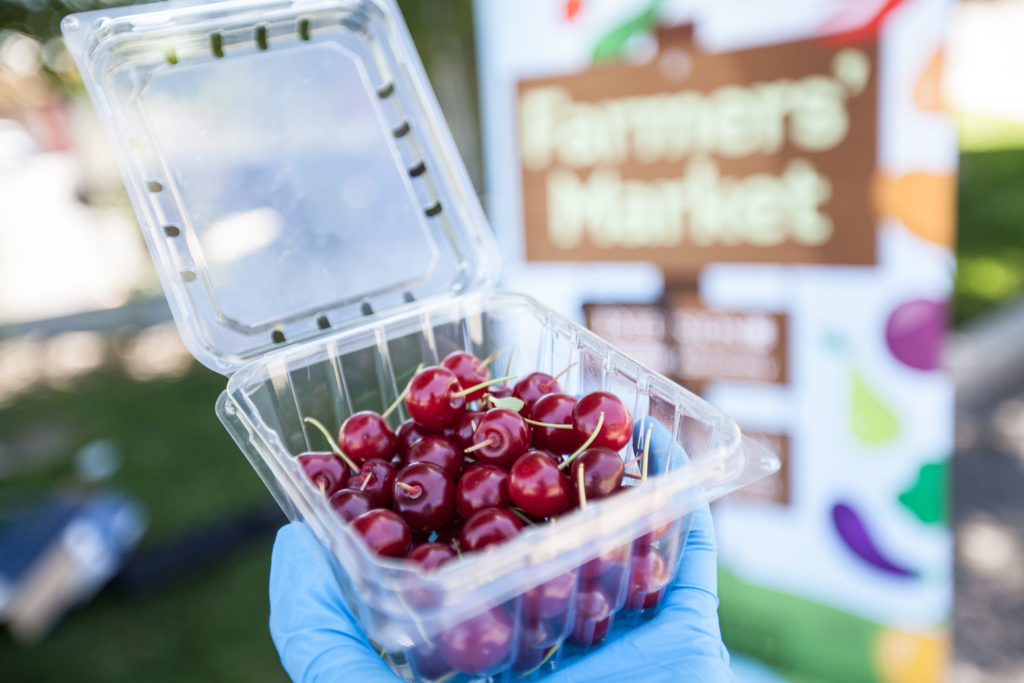 Studies have found that work programs can reduce recidivism rates and behavioral health issues in incarcerated populations. While there hasn’t been a study of Salt Lake jail’s horticulture program, anecdotally, it seems to be working. Some inmates have started landscaping businesses. Another became an arborist.

“With gardening, you can see the progress,” Dumont says. “It’s a very visible accomplishment when you start with a seed and a couple of months later you have a crop.”

Another change occurs within the inmates—they gain confidence, he says.

A 2019 study in the Journal of Offender Rehabilitation of prison horticulture programs found benefits such as “supplying the self-esteem and self-worth necessary to imagine a future shaped by the experience of giving back through meaningful work.” 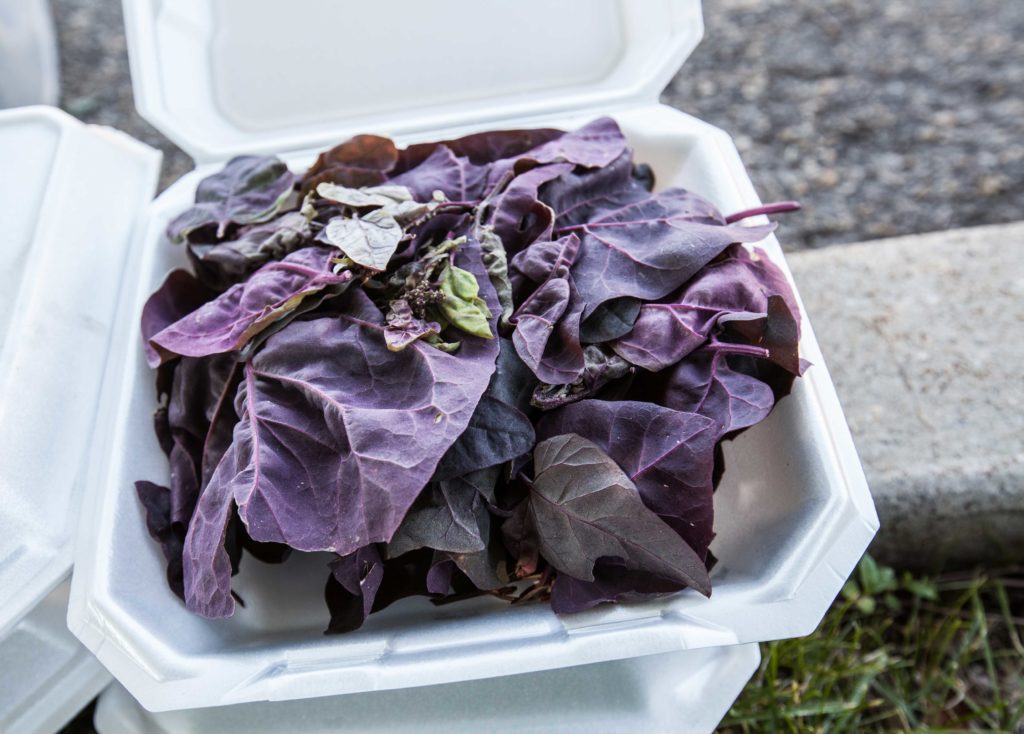 Murphy sees inmates blossom alongside the squash. Many of the inmates are in for drug-related crimes. Working in the garden allows them to see what they can do when they are sober, he says. They also learn business skills and social skills when selling produce at the farmer’s market downtown or distributing produce at senior centers. The inmates are proud of what they sell. When they instruct a senior on a new vegetable to try and way to cook it, they see they have knowledge they can share, Murphy says. “They realize their potential.”

A traditional Extension program model establishes programs that are sustainable.

But that takes time to refine. The process involves trust-building and foundation laying. And that can take years.

“You do these programs and then you step back and you hope that they do good things,” Wagner says.

The original jail horticulture program was paused after two seasons because of the 2008 economic recession. When funding stabilized, jail personnel contacted Wagner for help restarting the program. She prepped the soil, conducted trainings, and over a few years taught gardening to dozens of inmates.

These days, Murphy is the horticulturalist on site. He maintains a crew of about 16 inmates that manage four acres for produce. Each year, they generate about 20,000 pounds that is donated to senior centers, area food banks, or sold at the downtown farmer’s market. Any profits keep the program running. 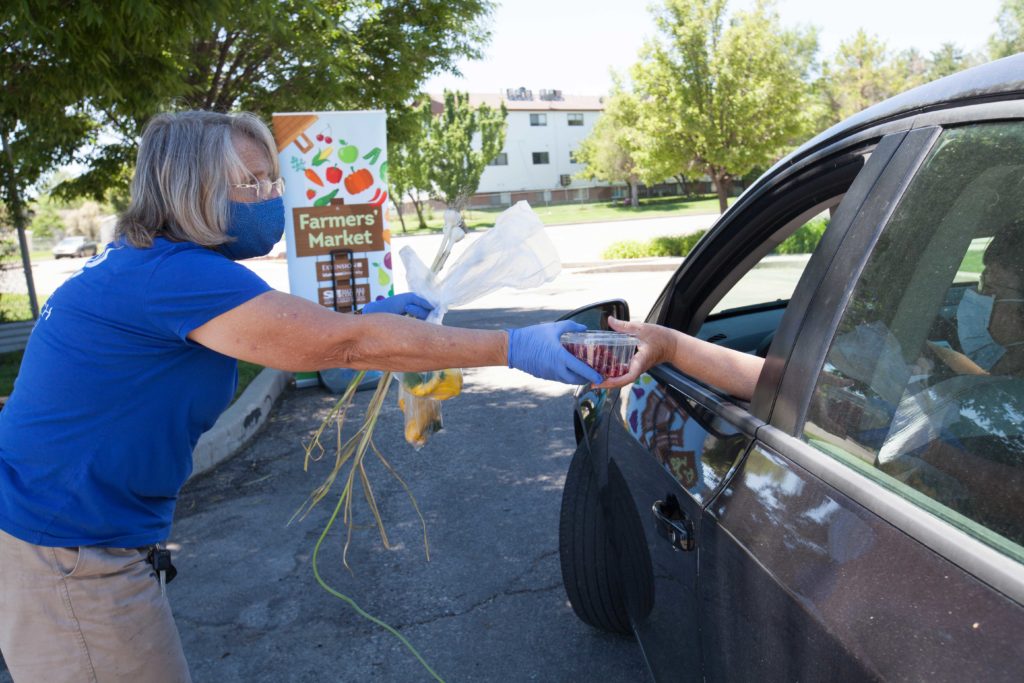 Over the years, master gardener Sharon Roper has studied the preferences of the various Salt Lake City senior centers to learn which produce to distribute on site so that less food goes to waste. Photo by Amanda Pratt.

In January, Murphy sowed seeds in the greenhouses like he normally does. By May, COVID-19 had thrown uncertainty into the operation and Wagner was still working out how to get produce into the hands of more needy seniors with a reduced labor force. But she was confident the program could leverage its connections tendrilled into the community.

“I just feel like this is the year,” Wagner pauses, “maybe this is why we’ve doing this program all along.”

“My gut feeling is the need is huge,” Wagner says. “We have at least figured out how to get produce to a portion.”