Home / Field Notes  / Can we love nature too much?

Can we love nature too much? 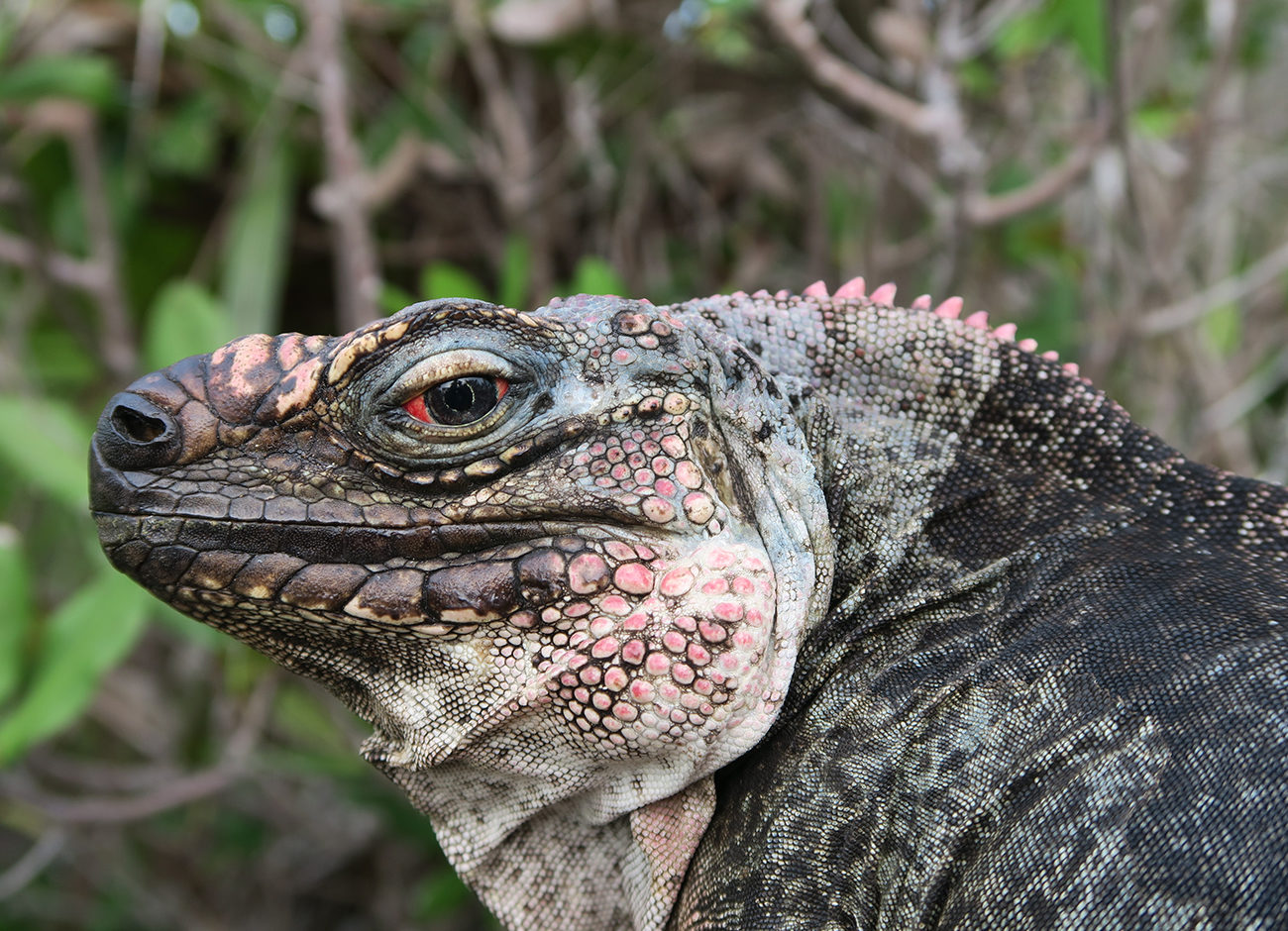 The sound of motor boats in the distance triggers a Pavlovian response in Bahamian Rock Iguanas.

The endangered lizards dart to the water’s edge of uninhabited islands and wait for the buffet to drop anchor.

Each year, ecotourism brings a flood of tourists to the Bahamas eager to interact with nature. They lure the reptiles close with snacks like grapes—foods higher in sugar and lower in fiber than the iguanas’ traditional diet of leaves and seasonal fruiting plants. During one count, scientists found up to 200 people a day were visiting the lizards.

“I hesitate to say it is harming the iguanas,” says French. “But it is definitely changing how they live. This research will help us to learn what the actual health ramifications are.”

In 2015, she joined ongoing research and monitoring efforts by the Shedd Aquarium to study how anthropogenic disturbance to the environment affects iguana endemic to the region. French’s team adds a physiological component by analyzing changes to the iguanas’ blood chemistry, immune response, glucose levels, and fertility.

“We want to know what is impacting these animals and how,” she says.

The genus of iguana Cyclura cychlura is among the most endangered lizards in the world. They live about 40 years and are native to a handful of islands in the Bahamas—three of which are trafficked by tourists. This creates a natural experiment for scientists to test differences in two populations of iguana—those fed by people—and those left to fend for themselves and determine whether or not it alters the iguanas’ microbiome, immunity, and reproduction. 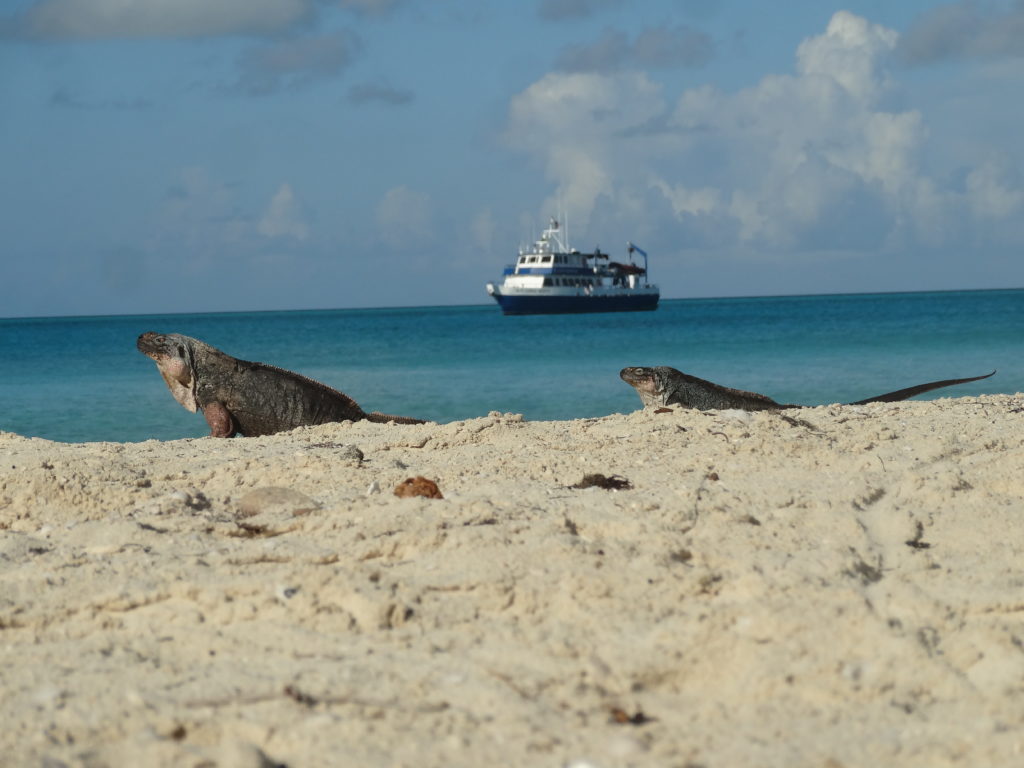 Rock iguanas await their next meal. Photo by Charles Knapp.

French’s lab investigates how organisms respond to changes in their environment. For instance, do new stressors affect a lizard’s endocrine system? Do human disruptions in the environment influence an organism’s survival rate?

In 2017, French’s team found a dose-response effect on immunity of marine iguanas exposed to tourists in the Galápagos. The more contact the lizards had with people, the lower their immune response to pathogens. Exposure to humans also reduced the clutch size of egg-laying females. French will look for a similar effect in the Bahamas where iguana populations have low, medium, and high exposures to people.

“Tourism is the main economic driver in the Bahamas,” French says. “We are trying to find out what that means for these animals.” French hopes the research findings will help scientists produce recommendations for the local government about ways to protect the iguanas, and with it, their tourist dollars.