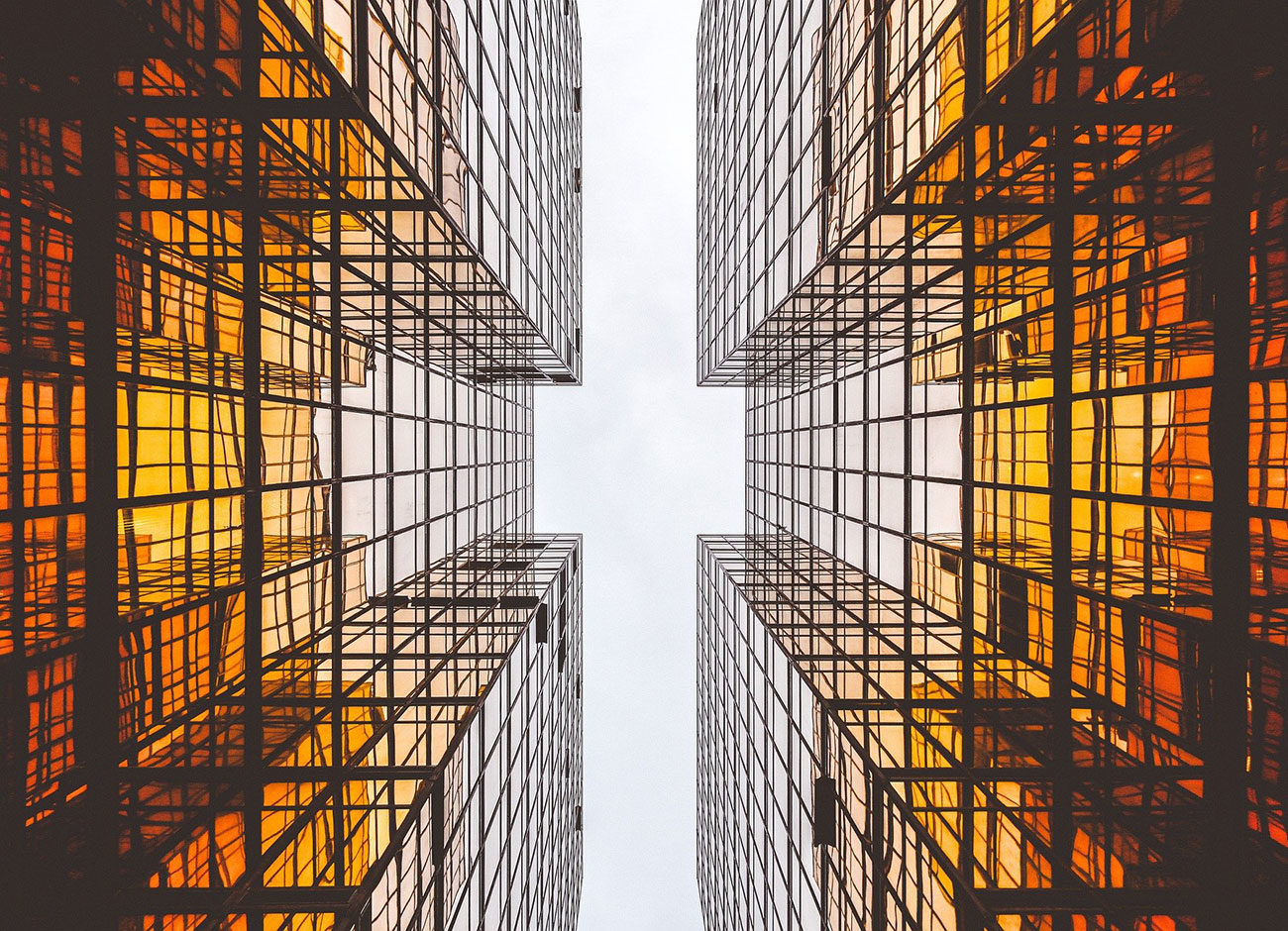 Joseph Tainter knows this well. In 1988, the anthropologist published The Collapse of Complex Societies. While writing the book it became evident to him that the stories of ancient societies have modern implications—particularly in terms of sustainability. Consider Cahokia, an ancient city located on the outskirts of present-day St. Louis. A series of grassy mounds are all that remain of one the largest prehistoric societies in North America. Cause of death: irrelevance.

“It was an elite concept that couldn’t be sustained over time because there was no reason for it to exist,” Tainter says. “It wasn’t an economic center; it was a political center.”

Cahokia was built in about 50 years, persisted for several generations, and then collapsed. For Tainter, Cahokia and ancient cities like it, provide lessons about the process of urbanizing. A top down approach like Cahokia is problematic, but modern success stories exist, too. In China, masterplanned cities have emerged seemingly overnight as a method for injecting economic investment in underdeveloped regions. Some have thrived. So what is the ideal way for cities to develop? With coronavirus upending how many professionals work, will cities be a thing of the past? And what if COVID-19 isn’t the thing that threatens our way of life most?

“The future is very hard to predict,” Tainter says.

The following conversation is about trying to anyway.

Kristen Munson: The challenges facing cities today are myriad. And the geography of cities is different. Houston is not San Francisco. But a common hurdle involves growth: what is the best way to grow?

KM: Has COVID-19 changed your thinking of city growth?

JT: A few years ago, at a conference on the future of cities it was really looking like oil supply was going to be a major problem in the future. What I thought would happen then is that American cities might become more like European cities where the city center is residential and a desirable place to live. But with the virus hitting and more and more people working from home, it turns out that a lot of people like the situation of not having to drive and like the fact that cities now have clearer air. It opens the possibility that perhaps in the future that we are not going to be driving as much and that more people might work from their residences. And if that’s the case, then distance becomes less of a constraint.

KM: How long does a disruption have to last for something to actually create a lasting change in a system?

JT: It’s hard to give an exact number of how long. Certainly if the effects of COVID-19 go on two to three years people will have to find new ways of adjusting and doing some things. If we do transition to more people working at home then distance becomes less of a problem. Retailing and services would probably follow wherever people are living which could be some distance from city centers.

KM: We recently asked elementary school students to make predictions about the future. They all want flying cars. We always seem to be looking at technology as going to be the next great thing. Or the thing that is going to solve our problems.

JT: I would explicitly challenge that. There is an argument that what I would call technological optimists make that we don’t have to worry about resources, that all we need is markets and the price mechanism and we will always be able to innovate our way out of problems. This is a common argument. It would seem to me that there is an implicit assumption in that argument that the productivity of innovation of the future will be the same that it is today. The work that I did on collapse led me to work on sustainability issues today and in our future.

KM: What have you found?

JT: I have been working for the last few years with a couple of economists working with data from the U.S. Patent Office trying to measure the productivity of innovation. In the 18th and 19th centuries, science was the province of lone wolf naturalists. People Charles Darwin or Gregor Mendel or and Marie Curies could really invent new fields by themselves. What humans generally do is we first pluck the low hanging fruit. And so over time the questions in science and the questions in technical development become more and more complex and costlier to resolve.

Over time it takes more and more innovators to make a patent. Patents per inventor is our measure of productivity and productivity is going down. It’s costing more to innovate than in the past. What we found was that over the last 30 years or so the productivity of innovation has declined by over 20 percent.  Now if you project that it into the future another generation or two our system of innovation will be very different. It will become too expensive to fund some lines of research. My assessment of the future as far as technological innovation goes is that we are not going to be able to rely on it as we have up until to this point.

KM: In the past you’ve written that cities must innovate. Is it possible to innovate in a simpler way?

JT: There is a phenomenon called frugal innovation such as medical devices that can be afforded in places like rural India that minimize costs of research and development, manufacturing and maintenance. But it doesn’t eliminate the problem, it just postpones it.

KM: So then are we just doomed to collapse?

JT: One of the things you have to talk about when you talk about sustainability is for how long? Now, if you want to sustain the way of life we have now in Western industrialized countries and that way of life and material consumption, we have to remember that the earth is finite. We are not going to be able to grow forever. So the question is how are we going to make a transition to an economy with less growth or to a no growth economy. Now, a steady state economy has a lot of problems and I want to make it clear that I am not advocating it, it’s just I think this is the direction that we are probably heading eventually. A society in which we have less economic growth and less material growth than we have been accustomed to. This has a number of implications because our society is so dependent on growth and our political system is so dependent on advertising the wonders of growth that a steady state economy just presents a lot of problems that would mean a very different way of life than we lead today.

KM: It’s not often that we get to press pause on such a global scale and reevaluate what we are doing and where we are going. Are you hopeful that we will learn something from the pandemic?

JT: I am hopeful that we will learn from it, what we learn I think depends on how long the crisis goes on. If we have a vaccine by early next year as some people are predicting, the way of life that we have had for the past several decades will likely be restored. If it goes on longer than that, we are going to have to be making changes to how we live that will become to look increasingly permanent. Such as telecommuting, less physical commuting, the configuration of cities changing because it’s not necessary to drive to a job. These are all possibilities and the COVID-19 crisis is exactly the sort of situation where major changes to a cultural system may come about.

KM: You’ve said that ancient cities can give us lessons about the process of urbanizing. Will you talk about the top down approach of developing?

JT: Cities can develop out of nowhere. The classic example of that is Brasilia, the capital of Brazil. Or cities can emerge organically, responding to local patterns of traffic and commerce. Which is best? In the case of Brasilia, the Brazilian government created this highly sterile administrative center complete with residences for government workers but it actually works best because an organic community grew up around it that provides the goods and services that people need. In the case of Cahokia, it’s hard to find a reason why Cahokia existed. It was an elite concept that emerged very quickly over a period of about 50 years and persisted for several generations and suddenly it went away. It looks like people were forced to move to Cahokia. The labor to build it was very expensive and couldn’t be sustained. People just left.

KM: How did you get interested in studying societal collapse?

JT: I was very interested in an area in New Mexico called Chaco Canyon that had a fairly complex society that extended over the San Juan Basin and it collapsed around the 11th century ad. It just suddenly just goes away. A genuine collapse. As I researched for the book The Collapse of Complex Societies it was clear that what I was coming up with was not just about ancient societies it had definite implications for us today and for our own future.

KM: And that’s why you study sustainability and innovation today.

JT: Energy is the basis of everything.

KM: Are you excited about any innovations in energy that are happening?

JT: Everything is a tradeoff. Everything has costs and benefits. In terms of energy, clearly we want to reduce the role of fossil fuels in our society. At the same time, there is nothing more versatile than a liquid future. It is just easiest to run our transportation system on liquid fuels. As far as transitioning to renewables, there are a lot of challenges. One is low energy density. To produce enough electricity to sustain say an American city takes a lot of land …. In the United States we are blessed with land and there are calculations that say that wind generation off the east coast of the country could supply a lot of the energy that we need. I think we have greater capacity for renewable energy, but electricity is not an ideal solution for things like transportation. There is the problem of latency. There are days when the sun doesn’t show and wind doesn’t blow. And we still don’t have a good solution for it.

It is probably not going to be possible to develop battery storage that is going to supply all of the country’s needs. There can be a lot of conflict over renewable energy development. There is no ideal solution. I think in the future energy sources are probably going to be more diverse than what we have today. I am someone who never gave up on nuclear power. It has potential if we learn to use it safely.