Home / Environment  / Traces of Us 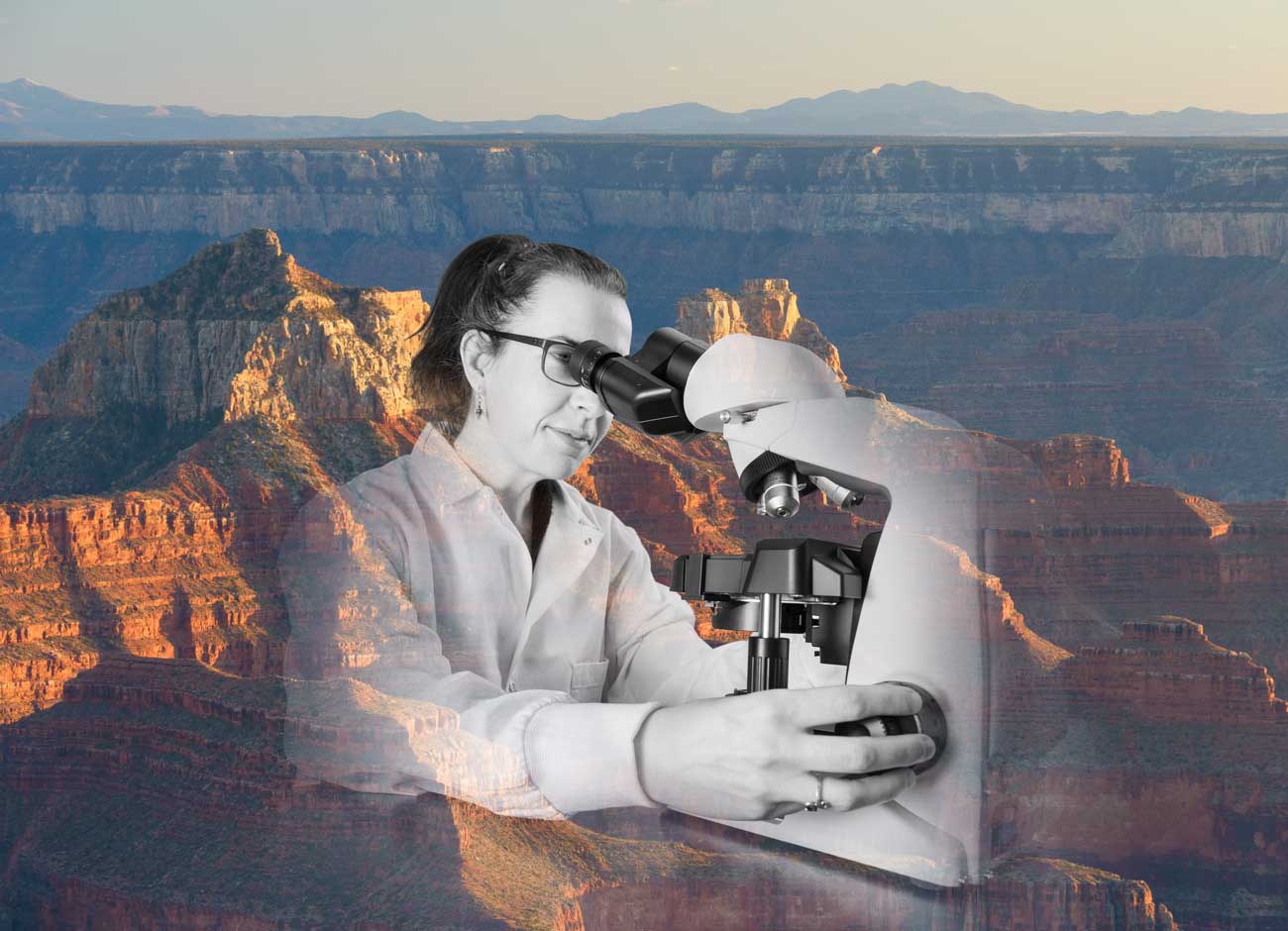 When was the last time you bent down and studied dust?

Often, we notice dust the moments before unceremoniously wiping it from our windowsills. Dust, to the bare eye is tiny, nearly weightless, and seemingly insignificant. Unless of course, those particles are vectors carrying pathogens, microbes, pesticides, or microplastics directly into pristine ecosystems like mountain lakes or deep inside your lungs.

There are a lot of reasons why people should care about dust, says Janice Brahney, assistant professor of watershed sciences at Utah State University.

“It can influence agriculture because it can transport pathogens, it can remove nutrients from soil,” she says. “Dust from the major deserts like the Sahara influence the carbon cycle because they bring nutrients like iron to central ocean areas that then act as a fertilizer to increase [phytoplankton] production and suck up carbon. There are lot of different ways that dust touches on humanity.”

Brahney has studied the effect of dust on alpine ecosystems for the last decade. She became interested in the subject when her doctoral advisor mentioned taking a sediment core that showed dust deposition increased 400 times since settlers came to the American West. Brahney’s dissertation research found that even trace amounts of dust—mere micrograms per liter—can have large effects on habitats like mountain lakes that acquire most of their nutrients from rain or snow. Tiny disturbances in phosphorous levels from dust may alter life across trophic levels.

“One of the things that is striking to me is we don’t monitor dust,” she says. “We just don’t have a good idea of how much material moves through the atmosphere or its makeup.”

Brahney’s research investigates ways to quantify material in the atmosphere, determine its chemical composition, and find out where it goes. She recently invented a sampler to capture and measure both dry and wet material. While examining dust samples collected across 11 protected regions of the United States, including the Wind River Range and the Grand Canyon, something bright caught her eye under the microscope. Brahney noted another colored fleck. Then another. So much material, she wondered if she had somehow contaminated her samples.

Although Brahney’s grant funding was to study how nutrients like phosphorus carried by air and precipitation affect remote ecosystems, she began logging nights and weekends teasing more than 15,000 particles from the dust.

“I knew I was finding something that no one else had found yet,” she says.

Outdoor dust is a concoction of particles like decaying organic matter, pollen, pollution, and soil minerals. It arises from man-made activities such as road building and agriculture or from natural sources like plumes of windblown topsoil. The colored pieces on Brahney’s slides were fragments of plastics of unknown age and origin. They were found in 98% of samples and comprised more than 4% of soil concentrations, the majority from synthetic fibers used in clothing. Her team crunched the numbers and estimates a minimum of 1,000 tons of microplastic fallout is raining down on the nation’s protected areas in the West each year. Envision 120 million plastic bottles littered across national parks like Canyonlands and Joshua Tree.

“That is an enormous amount of plastic in the atmosphere,” Brahney says. “That number was shocking. I honestly thought it would be less than one percent.”

“It’s going to get worse before it gets better. There’s so much that we don’t know, it’s really difficult to fully comprehend the implications of plastics that are absolutely everywhere.”

For years, scientists have known microplastics have made their way into marine organisms, disrupting the photosynthesis of algae and accumulating in fish gills. Brahney’s discovery of large quantities in wilderness areas suggested microplastics are not only airborne but ubiquitous. There is likely no escaping microplastics on Earth. Her team published their findings in the June 2020 issue of Science.

“It’s going to get worse before it gets better,” Brahney told National Geographic. “There’s so much that we don’t know, it’s really difficult to fully comprehend the implications of plastics that are absolutely everywhere.”

Humans manufactured 359 million metric tons of plastic in 2019. We know how to make plastic. Getting rid of it is another problem entirely. In part because the life cycle of plastics remains unclear. It may take decades, and likely centuries, for certain plastics to fully break down in the environment. We also don’t know the health ramifications of inhaling microplastics.

“What we do know is that certain sizes, regardless of their composition, are bad for lung tissue, particularly the really small particles,” Brahney says. “We don’t know what the effect is of a low concentration of plastics in our aerosols.”

The problem of microplastic pollution requires systems level change with solutions beyond one dust scientist. In August, Brahney and a team of five other scientists were awarded a five-year, $5.1 million grant from the National Science Foundation to study the dust cycle in the Southwest from its formation and movement to its impact on snowpack and alpine watersheds. The project is part of an NSF initiative to understand how distant ecosystems are connected.

“The Earth is one big system, and nothing exists in isolation from everything else,” says Jeff Munroe, a geologist at Middlebury College leading the study. “Dust is a great example of how processes in one location can affect the environment somewhere far away.”

Brahney’s piece of the puzzle will model how dust moves through a watershed and potentially drives ecosystem change. At least, that’s what she is looking for this time.