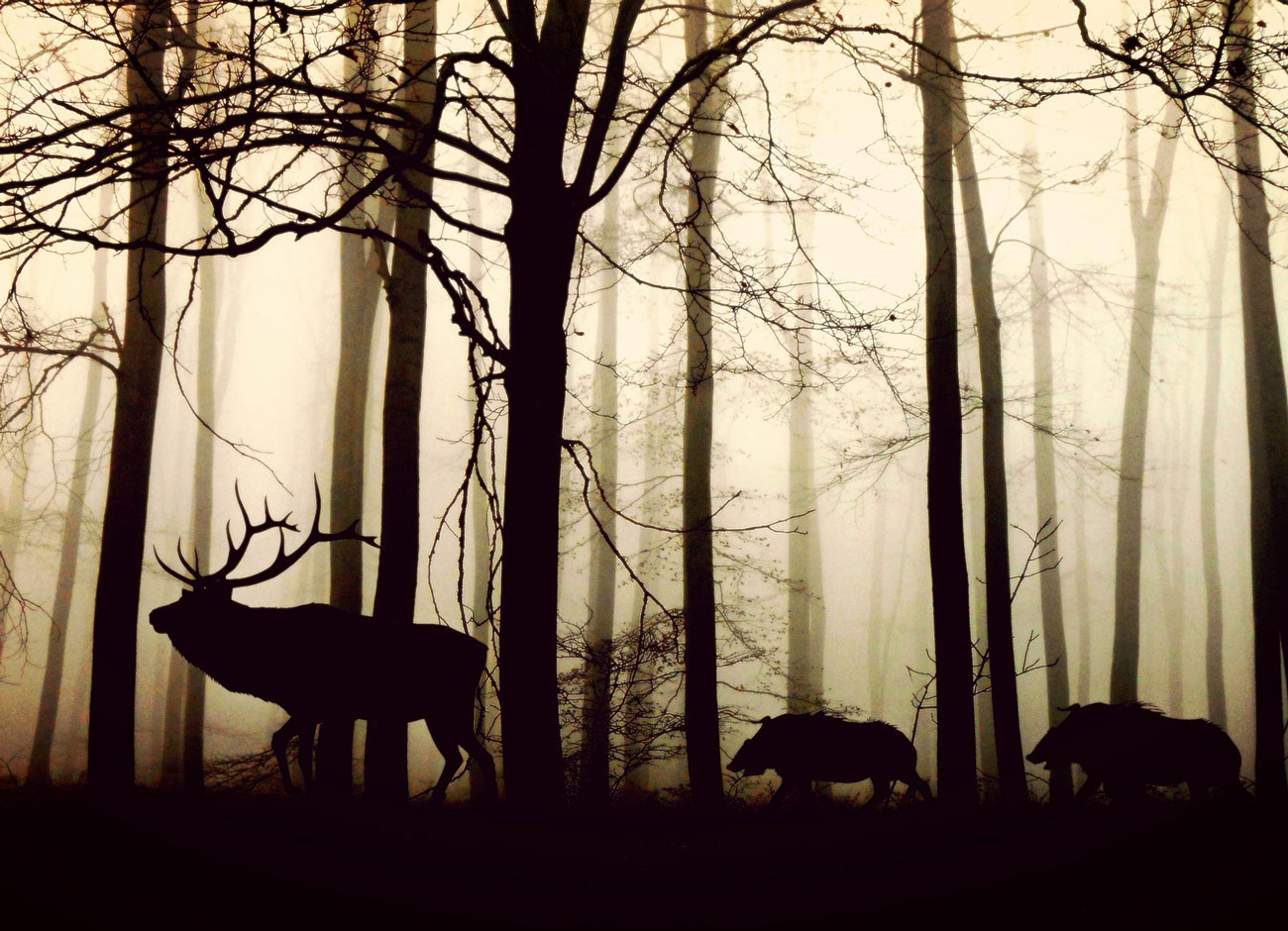 The concept of rewilding first made headlines in the 1990s when a few ecologists suggested populating tracts of North America with Asian elephants and African lions.

They were to serve as proxy species for extinct Pleistocene mammals like the mastodon and saber-tooth tiger. The idea was that habitats benefit from the presence of large herbivores and predators because of the way their grazing and hunting habits maintain vegetation cover and nutrient cycling — conditions that impact the health of smaller wildlife. The argument was since these important species are missing, perhaps similar mammals could play the part and restore function to altered ecosystems.

“It’s an interesting an idea that was more philosophical than anything else,” says Johan du Toit, a large mammal ecologist at Utah State University and a theorist of the emerging discipline. “There just isn’t space in the Americas anymore to bring elephants and lions, so it was really a thought experiment.”

But it worked. Two decades later, numerous rewilding efforts — none quite so exotic — are underway in Europe and South America. What did carry over from the original Pleistocene rewilding pitch is the notion that the functional properties of species are more important than the actual name of them.

So, if most rewilding efforts aren’t focused on bringing back the woolly mammoth (although one Harvard University lab is trying) or introducing elephants where none existed, what is rewilding? Du Toit and research fellows at the Zoological Society of London, Nathalie Pettorelli and Sarah M. Durant, edited the book Rewilding to help answer this question. And like any complex question, metaphors are a helpful start. For du Toit, think: old-fashioned Cuban cars.

Pop the hood and you may find a fully restored 1950s car, or you may discover it is running with the aid of repurposed tractor parts, he says.

The point is that the car runs. Rewilding works in the same way.

“Rewilding is fundamentally important in terms of boosting biodiversity and conserving biodiversity because rewilding focuses on ecosystem function,” du Toit says. “It’s essentially like getting a broken machine to work again.”

But rewilding is not without controversy. It’s different from landscape restoration because one is putting things back to where they were, while rewilding is reorganizing due to a change in the environment.

“Rewilding is controversial because people get quite shocked at the thought that they cannot necessarily restore something,” du Toit says. “And it comes down to the notion of change—people find it very hard to accept change.”

But in this era of rapid climate change, few ecosystems will emerge unscathed. In 2019, the Intergovernmental Science-Policy Platform on Biodiversity and Ecosystem Services released a global biodiversity assessment which found that humans have significantly impacted nearly 75% of terrestrial environments and 66% of marine environments.

Rewilding is considered by some people, like du Toit, as an opportunity for restoring ecological function to degraded ecosystems.

It might involve establishing corridors for wildlife to safely roam between preserves or reintroducing species to environments where they once thrived, like gray wolves in Yellowstone National Park and beavers to waterways in Britain. Rewilding could entail taxonomic substitution, such as using cattle, horses, and sheep, together with musk oxen and bison to graze in Siberia’s Pleistocene Park in the absence of megafauna long extinct. Or rewilding might be passive like the reclamation of abandoned farmland by nature. Consider the Chernobyl Evacuation Zone, a 1,000 square-mile uninhabited ring around the former nuclear reactor. Since radiation forced humans to abandon the region, wildlife like wolves, deer, and wild boar have moved in.

“It’s different to what it was because there has been a lot of disturbance,” du Toit says. “But it’s wild.”

Oostvaardersplassen, a nature reserve in the Netherlands sited on a former seabed, is an experiment that seeded future rewilding efforts. The area was drained and slated for development in the late ’60s but lay idle. The mudflats attracted myriad bird species and fertile soil attracted plants and trees. The Dutch government transferred the conserved land to the country’s forestry department which stocked it with domestic herbivores like cattle and horses as proxies for extinct aurochs to graze the vegetation. The site bloomed into a new ecosystem teeming with various bird populations — and occasionally with mass death.

“It’s a bit controversial because the managers try not to manage the place,” du Toit explains. “It’s been called the ‘Auschwitz’ of the Netherlands.”

During an especially brutal winter in 2017, many deer and horse populations were starving — a ghastly sight for visitors who observed the bony animals stumbling, prompting some locals to toss hay over the fences. In prehistoric times, fences would not have prevented the animals from going in search of food in hard times. Then again, no one was around to toss hay to hungry ungulates either.

Rewilding projects look different across the globe depending on where they are, the purpose they serve, and what resources are allocated to them. Other factors include if and how projects are managed.

And what stakeholders choose is ultimately a philosophical exercise.

Some people believe that nature is sacrosanct, and you mustn’t mess with it, he continues. “But in reality, we have messed with it fundamentally, completely, we are still.”