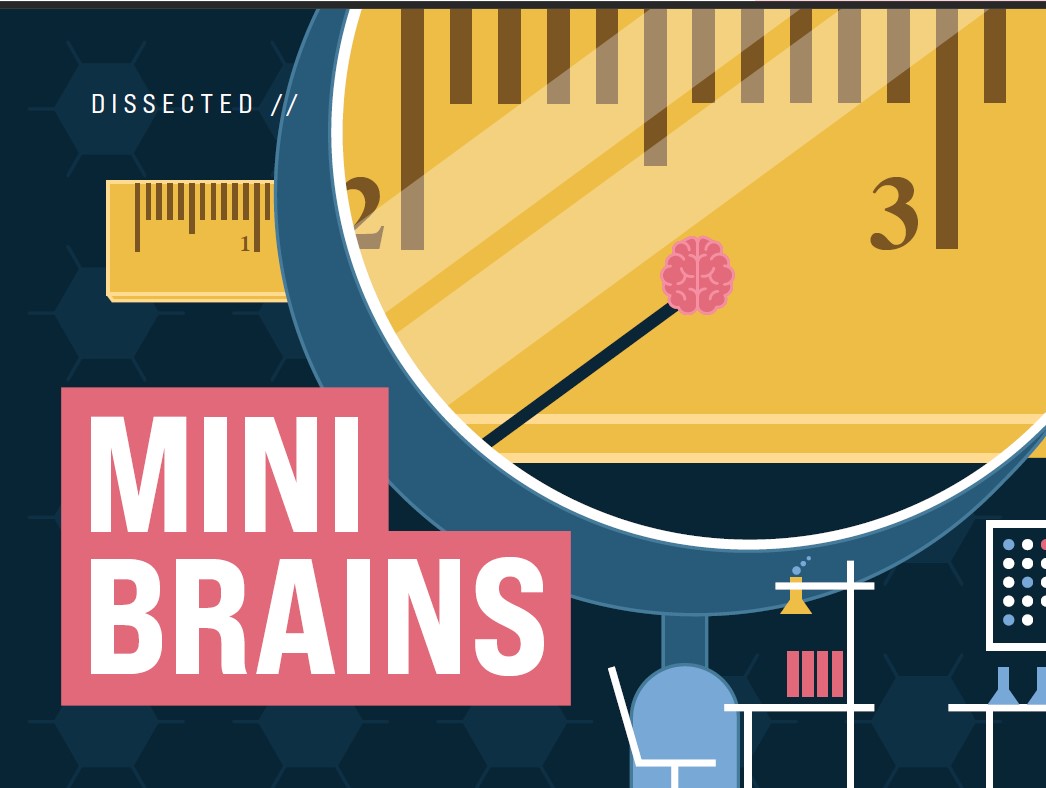 The human brain is full of unknowns — from its billions of neurons to its cerebral folds.

Using micro-engineered materials and devices, the research of YU HUANG, a biological engineering assistant professor at Utah State University, may unlock some of these mysteries. Huang leads the MicroBrain Laboratory and focuses on biomedical microelectromechanical systems, or Bio-MEMS. His particular interest is the micro-tissue engineering of neurons, tumors, and stem cells, and has won the support of the National Institutes of Health’s (NIH) largest single grant awarded
to university researchers.

BUT WHAT IS A MINI BRAIN?

HOW DO SCIENTISTS MAKE A MINI BRAIN?

They are created from stem cells and develop the six layers of the human cortex, the region of the brain responsible for advanced cognitive functions like thought and speech.

WHAT CAN WE POTENTIALLY LEARN FROM MINI BRAINS?

Mini brains illustrate how a typical brain develops and how a variety of diseases or disorders, such as Alzheimer’s or brain cancer, impact the brain. Recently, Huang received a $1.8 million grant from the NIH to use mini brains to study cerebral folding, a human-specific structure thought to support higher-level brain functions, such as social interactions and linguistic abilities. Huang and his collaborators, Kevin Moon and Jia Zhao of USU’s math and statistics department, want to better understand how a brain develops this unique architecture under spatial constraints.

Huang will use brain organoids fabricated inside a tiny 3D-printed microchip to replicate a spatially constrained environment like the skull and trace the structural changes of these organoids that may shed new perspectives on the biological and physical forces that help shape a human brain.

Growing a microbrain in a standard petri dish is like putting them in an ocean where they have room to stretch out, Yu Huang says. His team has devised novel techniques to shrink the developing chambers to more realistically simulate the environment of a brain and automate the growth process — an outcome he expects in the next few years.

The plates are placed inside incubators. Every other day, researchers use a pipette to nurse up to a few dozen stem cells with a media solution optimized with proteins, growth factor, and pH balanced to nourish the growing cells. They replenish about 50 to 70% of the solution to remove toxins that may build up in the plates.

STEP 3:
Depending on the experiment, it may take 4 to 12 weeks for the organoids to grow to about 100 microns in size, about the width of a fine grain of sand. For instance, preliminary results of Huang’s NASA-funded study of growing mini brains in microgravity showed that it took significantly longer for the cells to develop than their ground-controlled specimens.

STEP 4:
Viewing the growing mini brain structures involves inserting miniature microscopes into the arrays to monitor them. Once the organoids are complete, researchers remove the mini brains and insert dye into the structures for viewing under a fluorescent microscope where fine details in the brain structure are examined.