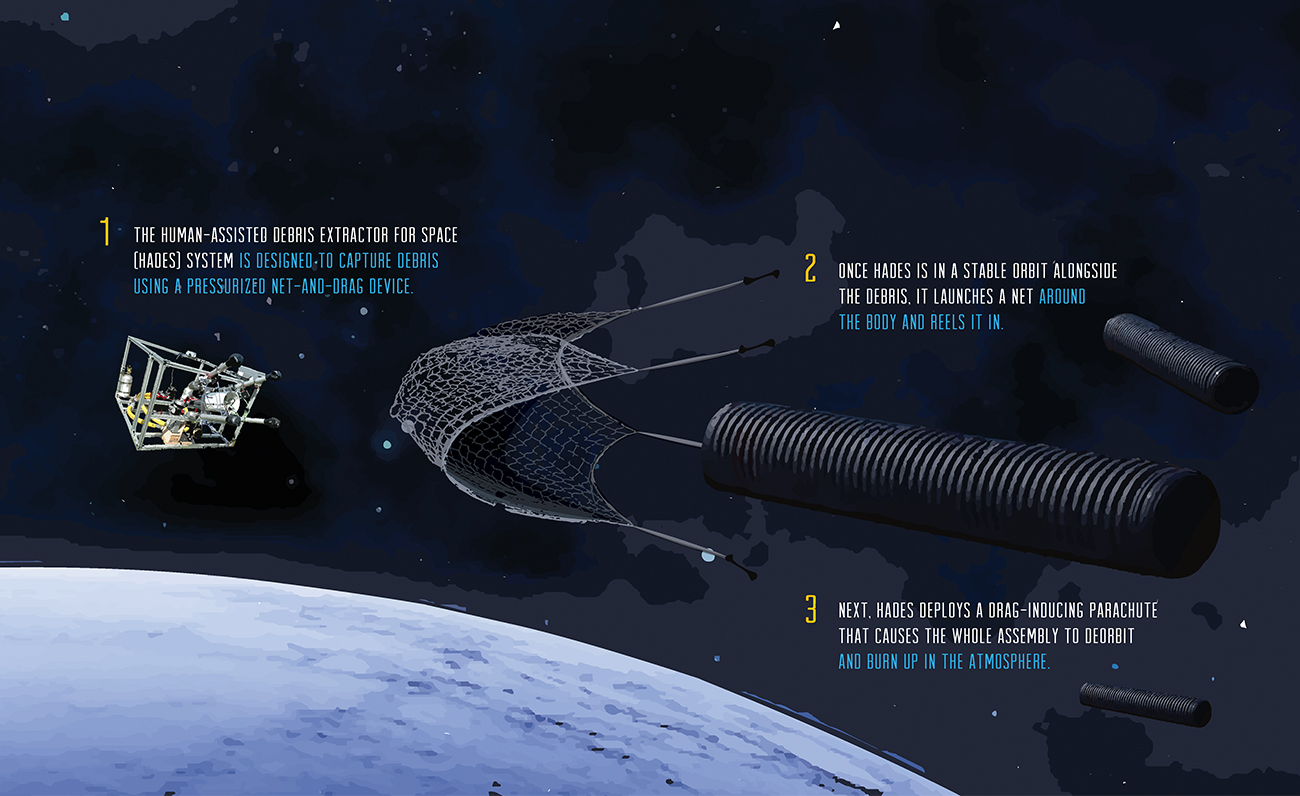 NASA describes orbital debris as any man-made object orbiting the Earth that no longer has a useful purpose. Traveling up to 17,500 mph, even the tiniest speck of space junk is a threat to functioning spacecraft. The catastrophic collisions depicted in science fiction films are exaggerated, but experts say the possibility of impact is a very real concern. That’s why United States Air Force officials are taking a close look at a USU student design that may help the planet’s growing space junk problem.

A team of undergraduate students in USU’s Department of Mechanical and Aerospace Engineering designed and built a device to capture orbital debris. “We designed the instrument to capture large space debris such as a rocket body,” says team lead and recent engineering graduate Russell Babb.

The design earned the 11-member team a first-place win at Air Force Research Lab University Design Challenge held April 11 at Arnold Air Force Base in Tennessee. The top three space debris mitigation designs are now under review by the Air Force. The award is the third first place win for USU since 2012.

Illustration by Elizabeth Lord and Kjpargeter/Freepik