Profiles in Resilience: Finding Her Voice 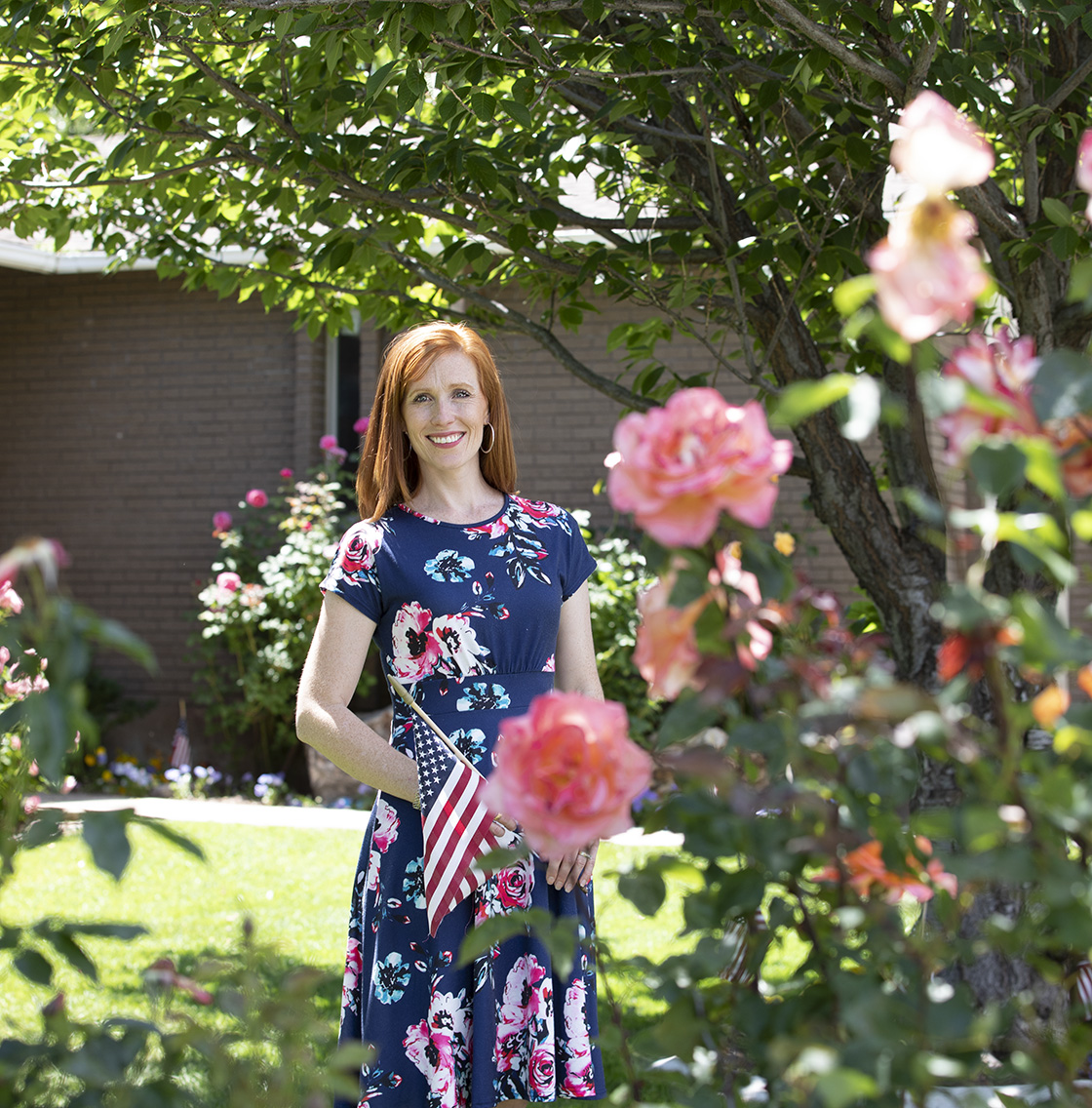 “I am honor bound to go and serve. I would go even if I knew I would die.”

Major Brent Taylor wrote those words shortly before departing for Afghanistan. His hand-written journal sits on a bookshelf in the North Ogden home that he and his wife, Jennie Taylor, ’07, shared with their seven young children. Reading his words, one might wonder if he had a premonition that he would not come back from this tour. But though wartime casualties are a keenly-felt possibility for all U.S. service members, Taylor says that Brent never worried about dying. “He gave 100 percent. I asked him if he was coming back to me, and he said yes. I’m grateful that he felt he would return. He didn’t choose between God and country and family—we are one.”

When Brent was deployed for his third overseas tour with the U.S. Army, his youngest child, Caroline, was only a few months old. Brent was serving as the mayor of North Ogden while completing his doctoral dissertation on international relations at the University of Utah. Taylor’s whirlwind life as a mother of seven could barely be paused to think about the possibility of his not returning. But 10 short months ago, Taylor and her family received the devastating news that Brent had been killed by a rogue Afghan security officer.

Family members and friends, dignitaries, hundreds of mourners who lined the roads for hours holding American flags, police and civilian motorcycle brigades, and throngs of servicemen and women who escorted Maj. Taylor to his final resting place, have continued to offer love and support to the Taylor family. “Brent has provided for us,” says Taylor. “He helped and served so many people, and now they are the ones helping us.”

Neighbors, family, and strangers are welcomed into the Taylor home and into the stream of their daily life; Jennie manages the constant flow with a gentle grace. Asking for and accepting help is a vital tool for healing. “Stop thinking you can do this alone,” she says. “There’s a beautiful power in feeling the love and support of someone who wants to help. People we’ve never met will drop off a casserole or candy or a blanket at just the right moment. Our gratitude has softened our grief.”

She and Brent carefully searched for the right family home before settling in North Ogden— Taylor’s childhood community. One of Brent’s greatest joys was working in their garden. “The roses in our front yard are Brent’s. It’s always the little things that unlock a flood of grief; sometimes it smacks me in the face like it’s brand new that he won’t see them bloom this year, or the year after that.”

Humor is a tool that Taylor and her children use daily to cope with their loss. When Father’s Day came, they bought an assortment of Brent’s favorite candy. Their oldest, 14-year-old Megan, was shopping with Jennie and wanted to add popcorn to the cart. She turned to her mother and said, “Dad wants me to have this popcorn.” They both burst out laughing. “We laugh every day, and we cry every day, too.”

As her community and her country now rally around her, they also frequently request Taylor’s leadership, and she has risen to answer that call. She speaks at universities, devotionals, military events, Independence Day parades, Girls State programs, and veterans’ centers. She turns heartache into comfort by inspiring others with the ideals she and her husband worked together to embody. “Brent and I love this country, and we felt we had a duty and an obligation to serve. We can all give something, no matter how small and humble. We owe it to those who have given their lives. Even if it’s too painful to think about, you can’t give that gift back. You can only honor what has been paid.”

As her deeply held patriotism soars vividly to life, Taylor’s sincerity can sweep her audience off its feet like a rushing wave. At the same time, her grief is raw and painful, like a baby bird whose fragility is so palpable you can feel its heartbeat against your fingers.

When asked what else she wants Americans to know, Taylor emphasizes the values of both sacrifice and compromise. “Listen to someone who sees things differently than you do, and then shake hands at the end of it. That’s how our founding fathers got things done,” she says.

Taylor earned her master’s degree in education at Utah State University while Brent was in basic training. “Education is the foundation that builds our future leaders. I haven’t taught high school since my kids were born, but I use those skills every day—teaching has prepared me to speak in front of a group.”

She allows herself to be carried on the unceasing tide of demand for her presence and passion. Taylor was a guest at the 2019 State of the Union address and recently visited the Pentagon and the White House with her oldest sons. Back at home, she soothes her youngest, Caroline, into a much-needed nap, helps 3-year-old Jonathan right his overturned bike, and welcomes a group of volunteers who have just arrived to weed the flowerbeds. She quickly responds to a request from six-year-old Ellie by finding a place for the child’s watch on her own wrist. Taylor then smiles good-naturedly for our photo shoot before hopping into the family van and rushing off to the next task that requires her time and energy.

The older children will soon learn to drive the large white van. Brent’s roses will fade this summer and bloom the next. And the tide will carry Taylor onward.