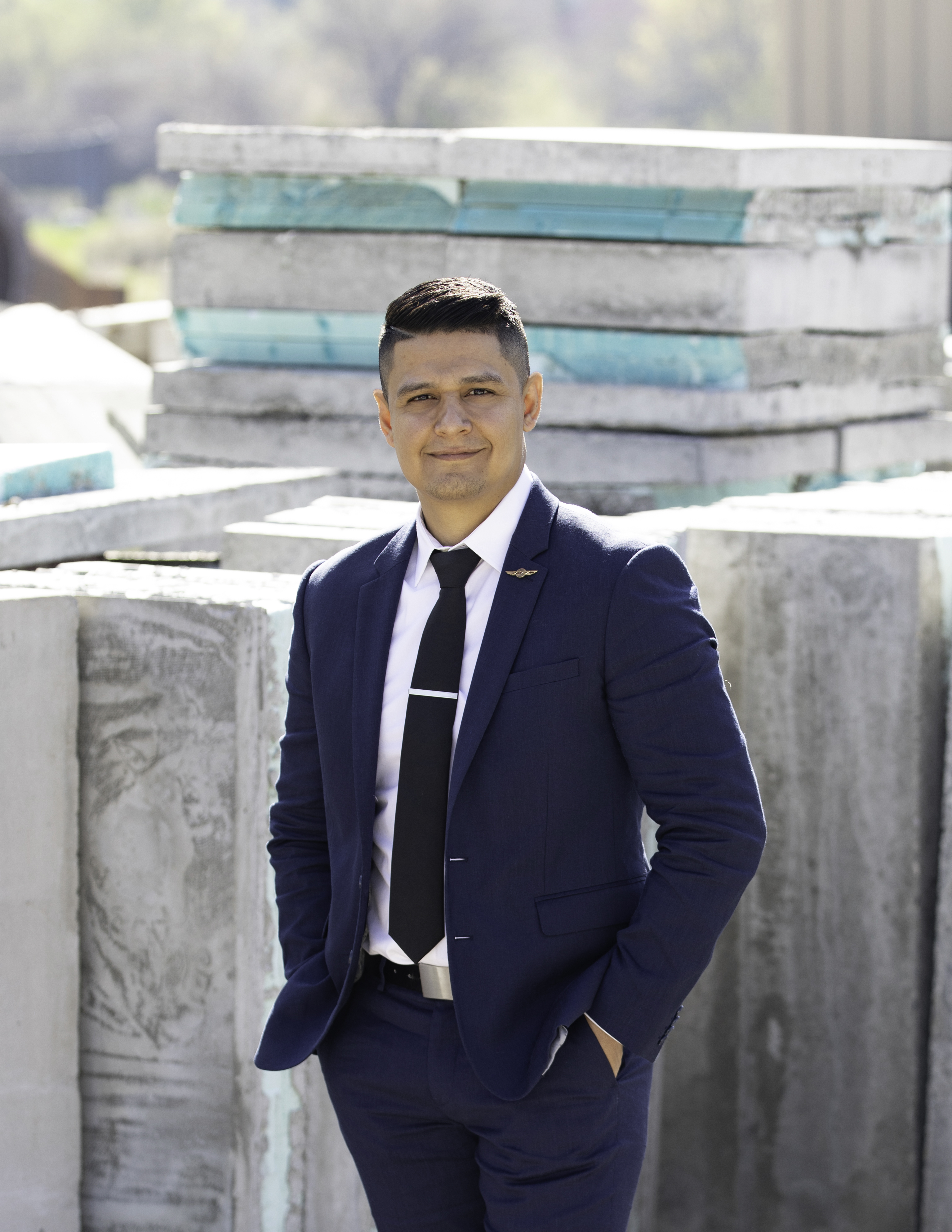 When Boeing gave their summer intern, Jorge Espinoza, ’13, a project to remedy a problem with aircraft window shades on one of its most popular models, he already knew what he had to do: establish the parameters and begin testing.

He felt confident he could solve the problem, after all, this Utah State University master’s student in engineering has been successfully negotiating parameters and testing them since he was at least a junior in high school when he and his family immigrated to Utah in 2006 from Torreon, Coahuila, Mexico.

A Boeing client that wanted to purchase a fleet of these planes, complained about light that leaked into the cabins even after the window shades were fully drawn. He asked if they could solve the problem, not only to protect against light and heat, but for aesthetic reasons.

Espinoza responds to the methodical, incremental rigors of solving a problem—developing variables and seeing what the forces are, first in the X direction, and then in the Y. “I know I can do it because I’ve done a lot of hard things,” he says. “I just have to sit there, think about the problem, and develop a way to solve it.”

Hard things like moving from Mexico to Logan, Utah, when you are just 17 years old after watching your parents struggle for seven years trying to save their home and business from bankruptcy. “It was hard growing up,” he said. “It’s very, very hard to just get up and leave. You take nothing with you. You have no money. You leave your friends, your family, everything that you know when you go to another culture.”

Especially one separated by a border. Something marked, defined, and guarded. Something that demands a declaration: Where are you going? For how long? Why? A place beyond where both fear and hope awaits. A place today into which roughly 34 million other lawful U.S. immigrants have crossed.

With Espinoza’s help, his parents found an apartment in a quiet neighborhood near the Logan Temple. They had no beds. They had no car, which meant having to carry groceries, even in the dead of winter.  Money for food and housing depended entirely on getting and keeping jobs—initially the sort of work that nobody else wanted to do—hauling rocks at construction sites, cleaning bathrooms at night.

It was hard to adapt to a new school. Espinoza knew some English, but it was far from perfect. He had a difficult time understanding in class because everyone spoke so quickly. He did not have friends and so he got up early each morning and read books from school. He did well.

He also worked doubly hard not to have an accent. He said he learned early that he and his family were judged because of their accent. Little things like saying kooky instead of cookie. “It takes a toll on you psychologically,” he says. “It’s hard to explain, but it makes you feel bad about yourself in a sense.”

He also worked doubly hard not to have an accent. He said he learned early that he and his family were judged because of their accent. Little things like saying kooky instead of cookie. “It takes a toll on you psychologically,” he says. “It’s hard to explain, but it makes you feel bad about yourself in a sense.”

He says he tries not to, and fights feelings of being judged for being Hispanic. “I don’t like that,” he says. “I don’t like barriers. You got to step over them.”

Like when Espinoza first applied to work at Boeing three years ago, making it through two interviews only to be rejected. Then lining up again the next year only to hear a Boeing recruiter announce that all the positions he wanted had been filled. “I’m like, ‘I’ve been waiting in line for three hours, I’m not getting out of this line until they listen to me and hear what I have to say and offer,’” he recalls.

The next day Espinoza got a second interview and a summer internship offer.

His ambition is what attracted his wife and Logan native, Deidre Nicole Chambers, to Jorge. “He just had goals and I like that he was hard working,” she says. “He would always strive for more. I saw that in him, and I really liked it.”

Espinoza likely gets it from his parents. On the day before he left for Seattle for his second summer with Boeing, his mother was rushing off to work in her red SUV to a Logan automobile detailing business that she and her husband now own.

Espinoza completes his master’s program in December. This young father of two is still trying to decide whether to pursue a doctorate in engineering education or to return full-time with Boeing. No surprise, he is taking a systematic approach, testing things out to see what fits best. Like he did when earning his first USU bachelor’s degree in political science in 2013 that included an internship in Senator Mike Lee’s office. While earning a second bachelor’s degree in civil engineering in 2018, Espinoza came to realize how much he liked puzzling over engineering problems, like how to solve for light leakage.

He says he put his experience at USU working with 3-D printers to good use by creating models for the Boeing airplane windows. “I went in and had someone do a mold of where the reveal goes,” he says.

Espinoza discovered that even though window designs had changed on the aircraft, the grooves in which the reveals go, had not. The solution was hiding inside the problem.

“It actually showed that it was wrong,” he says. “The reveal was square, but the windows were not. They did not match all the way. We changed that.”

Editor’s note: Jorge successfully completed his second internship with Boeing this summer. He accepted an offer by the aerospace giant to begin working full-time, beginning in January, following his graduation from USU in December. He joins Boeing’s Everett, Washington plant as a structural design engineer. He says, once he’s settled, he plans to take advantage of his political science degree from USU, as well, and become involved in local politics.