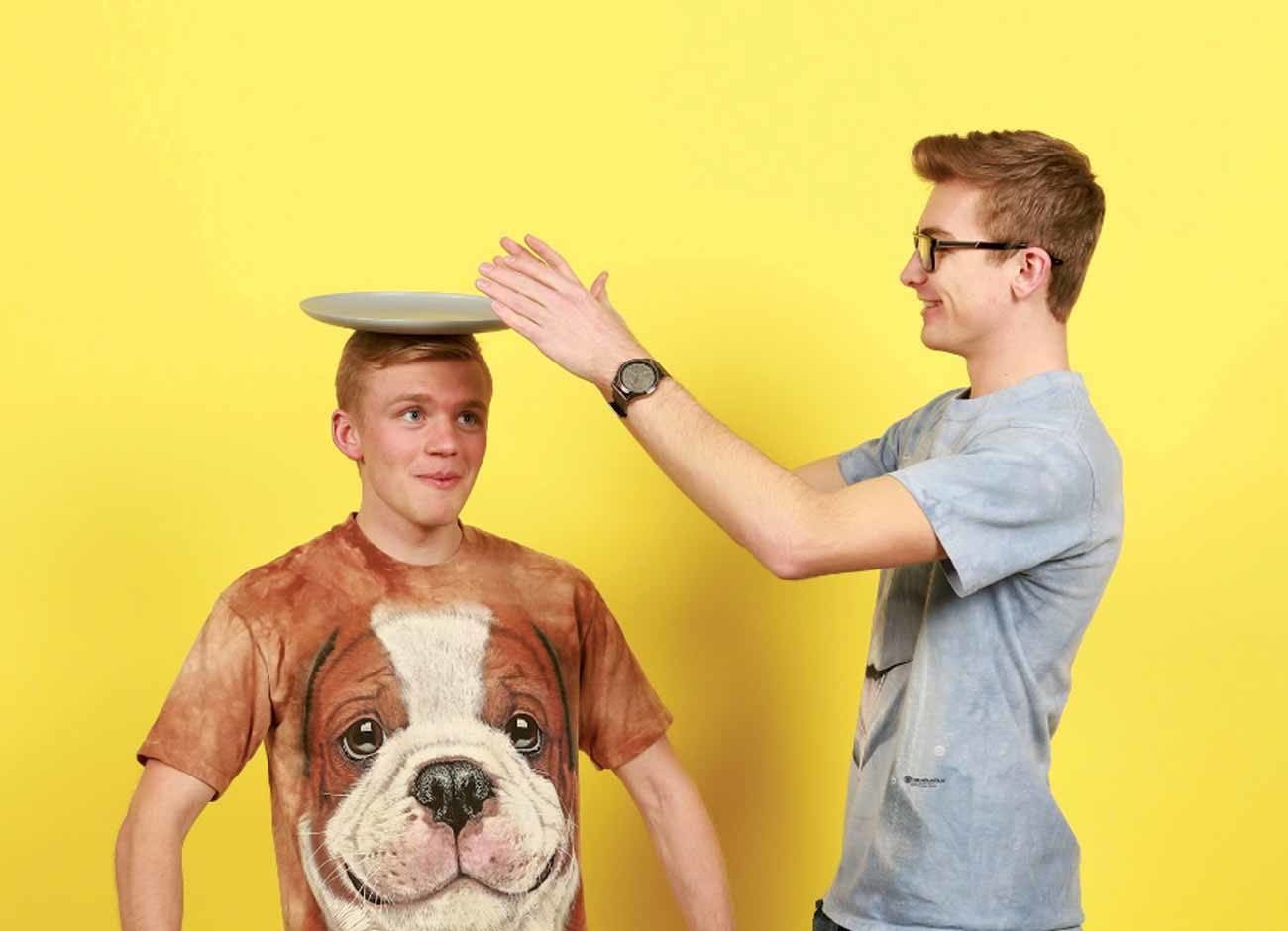 In the past, roommates were matched by hand, a painstaking effort that was time consuming and didn’t always produce pairings to write home about.

In 2018, Utah State University’s Housing and Residence Life office put students in control. Similar to how one picks a seat on an airplane, students can peruse available beds and summaries of potential roommates before selecting their dorm room.

“It is challenging to match people,” says Whitney Milligan, USU’s Director of Residence Life. Now, “it’s on them to do the research.” The new method, she says, gives students a little more control over the process and more ownership of when things go wrong.

And over the last two decades, Milligan has seen many roommate relationships go south. Conflict tends to operate around cleaning common areas such as kitchens and bathrooms. (No one wants to do it.) Other areas where problems fester? Borrowing stuff like food or clothes and cost sharing for cleaning supplies, Milligan says. Then there’s good old-fashioned personality clashes. And this is the foundation for growth.

For some students, that means residence life staff trained in conflict resolution push roommates to have difficult, but needed conversations. About dirty dishes. Chore charts. Personality conflicts. Boyfriend issues. And to do it respectfully. This is part of being a responsible adult, Milligan says. “It’s hard and it’s scary, but they have to learn this. It’s a life skill … Conflict isn’t necessarily a bad thing. Unless you don’t address it.” 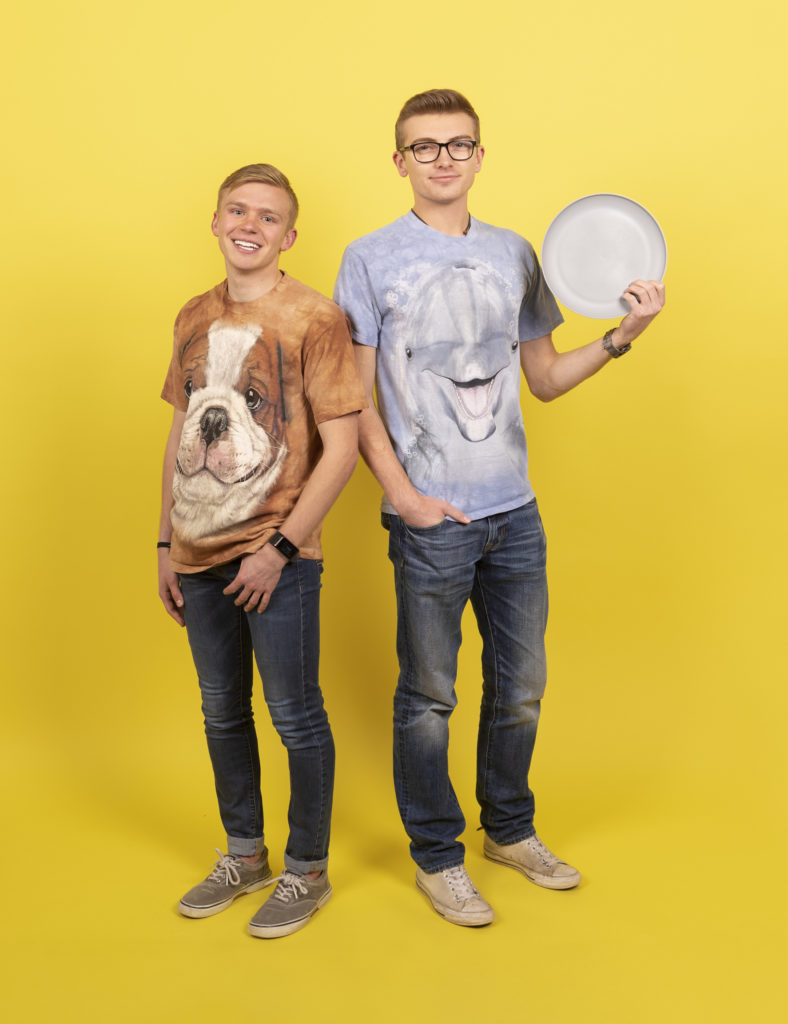 Justin Hodges, left, and Koy Chaston are both runners for USU’s track team. They say one of the key’s to getting along with one’s roommate is to address problems as they arise. In person. Photo by John Goodman.

The pantry of 302 Morgan Hall is stocked with the hallmarks of college living: Campbell soup cans, cartons of dried ramen noodles, protein powder. It was the mountain of dishes that was the problem. Plates congealed with last week’s dinner filled the sink. Eventually, one of the six roommates would break down and spend an hour chipping them clean.

“We all knew it was an issue,” says Justin Hodges. “We made a one plate rule.”

“Now, if you want to eat again, you have to wash it,” his roommate Koy Chaston continues. “We got together and talked and brainstormed a way out of it. I think a lot of people want to avoid conflict, but I think that makes it worse.”

The two freshmen are both runners for Utah State University’s track team, both studious with similar sleep habits. They describe each other with endearing phrases like “very thoughtful” and “one of the nicest people I’ve ever met.” Chaston is a reserved minimalist, Hodges a conversationalist with a robust collection of animal T-shirts. They say their differences are in their personalities and musical tastes. (Although, Chaston is coming around to like Taylor Swift.)

“I’ve learned to appreciate her music,” he admits.

Did the two hit the roommate jackpot or is there a special formula for sharing a room with a stranger? One key is a healthy dose of self-awareness.

“I have a unique personality and I could see how that would be annoying,” Hodges says. “I tell him literally everything that happens to me.” Meanwhile, Chaston has found company enhances college.

ADVICE
Hodges: Being different is good. Getting to know somebody is an opportunity for growth. You can see how somebody else lives. You can see their strengths. And it’s a time for self-reflection. You can see how you can be easier to live with.
Chaston: If you’re meeting someone new for the first time, know that you can get along with anyone as long as you try. I think people let things annoy them. Try and communicate with your roommate and try to do it before something becomes a problem—and try to do it face-to-face.

The chatter comes from all sides. Eight bodies smoosh into a small front room huddled on couches, cross-legged on the floor, standing in the doorway. Ashley Mahaffey is front and center—a place she seems comfortable presiding. “She is basically the mom of the dorm, even though I am supposed to be the mom,” says Paige Nelson, the suite’s resident assistant.

“I thought my roommate was going to be crazy,” Maggie Sanders laughs. “I heard a lot of stories … One lady told me you are going to have a roommate that doesn’t ever wear her clothes.”

Katie Stringham didn’t know what it was like to have a sister, let alone live with seven other girls. “I thought they were going to steal my clothes, things that you hear that sisters do.”

Nelson worried the suite wouldn’t like her after clashing personalities plagued her room last year. “I have a strong personality,” she says. “I don’t like to sugarcoat things. I’m … here’s the problem, what can we do to fix it? I was afraid my assertiveness toward that would ruin our relationships. I don’t think it has. I hope it hasn’t.”

It hasn’t. The roommates have overcome differences in bedtimes, navigated conflicts like clearing the microwave timer after use, and use Venmo to pay each other back. They have group Snapchat and Instagram accounts and make a habit of having family dinners. Some crochet together while watching movies, others bond over “stress brownies,” at 2 a.m. (And sometimes all three.) With Mahaffey’s prodding—anything becomes an adventure—dance parties up Logan Canyon or taking out the trash.

“I like adventures,” she says. “I take it back. I love adventures. And now, I get to go on adventures multiple times throughout the day.”

The roommates say patience, respect, and an open mind are keys for getting along.

“We all just teach each other what we know and what we love and it kind of helps us—Ashley calls us a family—but it helps us become that family environment that we want,” Sanders says.

ADVICE
Nelson: Get to know your roommates and understand their backgrounds so if a conflict arises you can put yourself in their shoes and realize where they are coming from. And when you address a problem, be willing to work toward a solution.
Sanders: You need to be a little bit selfless—give some of your time to understand who your roommates are and what they like and who they are as people.
Shayla Patton: I really don’t think you should come to college and know your roommate. I feel you will just get so attached to that person that you won’t get to know your floor. None of us knew each other before and were kind of forced to connect.

Not all roommates will be friends. But for Clair Canfield, a senior lecturer of communication studies at Utah State University, that doesn’t mean they can’t live together respectfully. He believes most conflicts can be overcome—if we reframe our thinking.

Canfield studies conflict resolution. He views conflict as a tool for transformation. But he didn’t always feel this way. When Canfield was an undergraduate, he struggled with his roommates over dirty dishes. They solved it the old-fashioned way—by devising a chore wheel.

“But it didn’t actually fix the conflict,” Canfield says. “Because it was not about the dishes. It was about respect.” Unless people actively address what’s at the heart of our conflicts, our problems won’t get solved. “We feel like we fixed it, but now it pops up in some other way—now it’s about toilet paper,” he says. 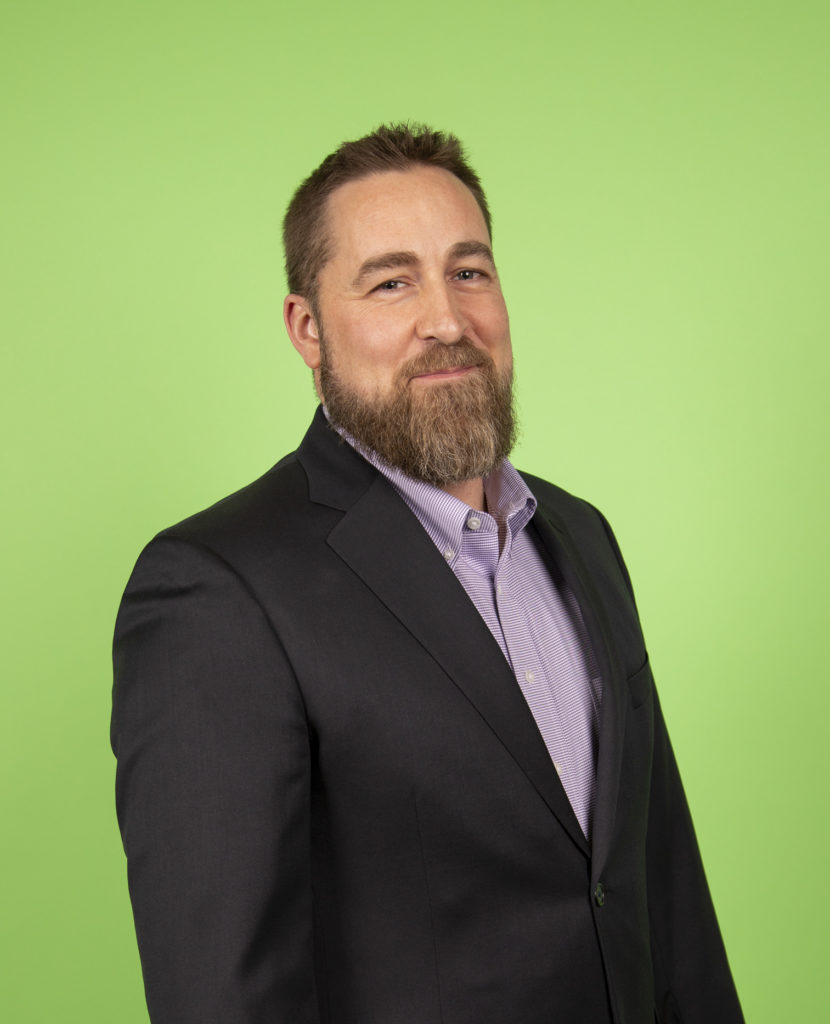 Clair Canfield knows a thing or two about overcoming conflict. The professional mediator believes we can all communicate better if we practice our VOCAB. Photo by John Goodman.

Getting to the root of problems requires more than creative cardboard solutions tacked to the wall. It involves self-reflection, listening, and empathy. Because you can’t change anybody else.

Most people aren’t raised in households where conflict management is taught effectively, he says. Conflict is either avoided or emphasized as something bad. Canfield tries to introduce USU freshmen to the idea that conflict can be an opportunity for growth during Connections courses taught during the first week of school.

But we often catch students during the “honeymoon” phase, he says. “They may not see what’s coming down the road. They may not see it, but I do.” Typically, by around Thanksgiving things fall apart if they haven’t learned to address their problems. “I try to give them some vocabulary and ways to think about it.”

Recognize what our conflict is really about. They are about our identity, our relationships, the things that matter to us. (Read: they aren’t really about the dishes.)

Recognize when you are stuck. “A lot of people get stuck in storytelling,” Canfield says. “Stories … are the way our brains make sense of things.” But what if you both have different stories about a problem? “Instead of telling a story, try to ask a question. Storytelling shuts off our understanding. It just leads us to certainty.”

Being vulnerable can disarm the conflict. Ownership involves taking responsibility for your needs and words. Communication entails learning to ask questions and to listen to others. You aren’t just waiting to talk, Canfield advises. Listen as they express how they really feel. “This can create empathy, which can create a different type of conversation.” Acceptance means you embrace reality and let go of what you cannot control. The final part, setting boundaries, involves laying the foundation for acceptable behavior.

It’s like learning a new language, he advises, so you must practice. Once you have the skills to work through conflict, perhaps then it will become something less scary and uncomfortable for people to address.

“I want to believe that there is more possible,” Canfield says.

He has hope. He once barricaded his toddler in the bathroom with a mattress because she refused to pick up a hair tie she dropped. Even conflict mediators can improve. And with practice, we all can.

The Blue and the Aggie Blue: Capt. Craig F. Smith and the mother of all Aggie Twitter accounts