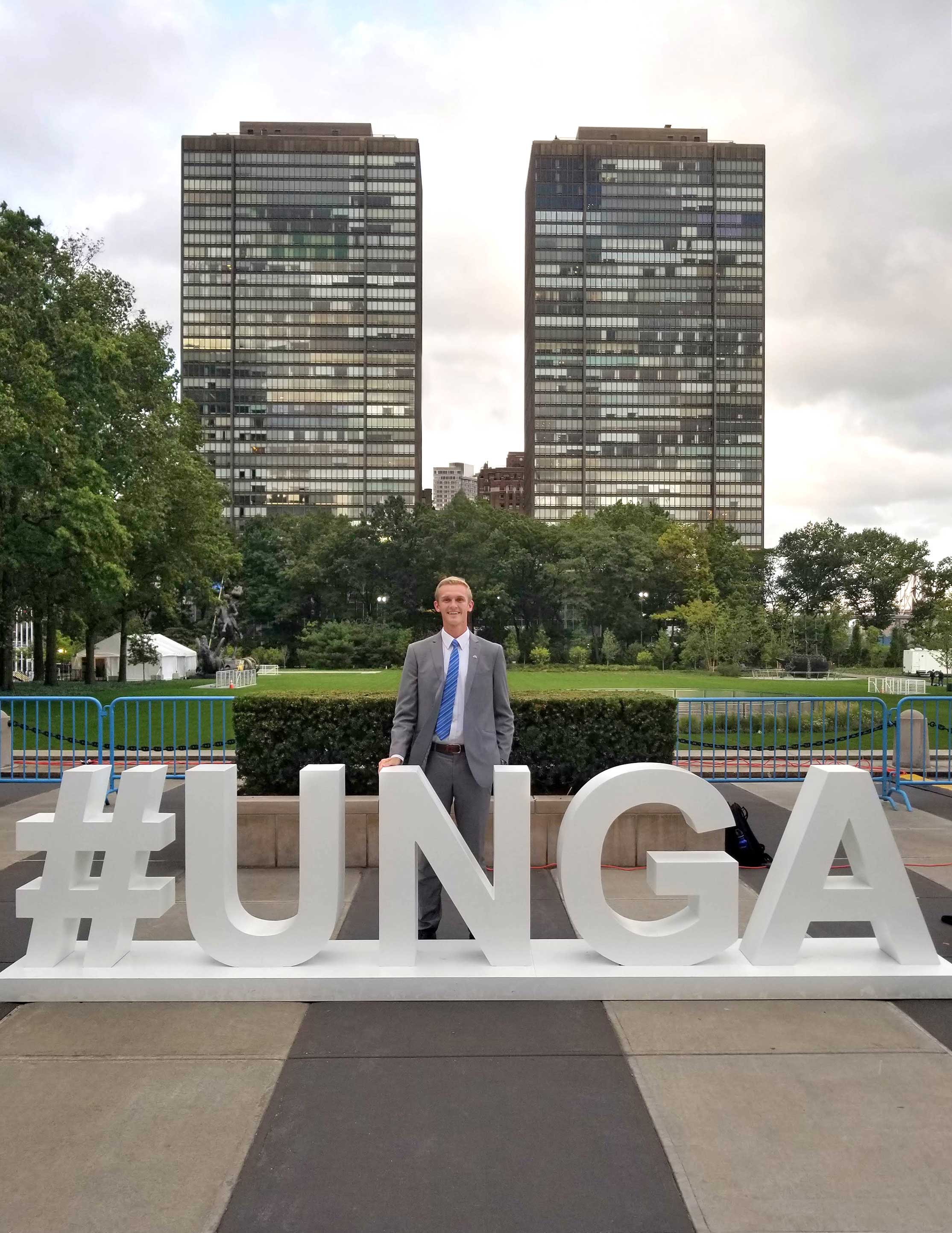 In September, as the United States Youth Observer to the United Nations, I attended the UN General Assembly, also known as the Super Bowl of diplomacy. My role was to take young people behind the scenes at events like the General Assembly to provide a unique perspective.

I spoke with youth delegates and young leaders from around the world about strengthening our relationship with the United Nations and raised key questions from American youth during high-level meetings focused on our well-being. As a United Nations participant in the launch of Youth 2030, I came to appreciate the commitment of the United Nations in helping young people succeed. One of my favorite moments from the launch was when the Prime Minister of Denmark briefly addressed the audience and then turned the majority of his time to the youth delegate from Denmark to show the importance of our youth voice.

Youth should not be viewed as a problem but rather a key part of the solution. I am excited to use the Youth 2030 strategy over the coming year as a framework for our engagement with the United Nations.

In my first address as Youth Observer, I shared a story from Neil Gaiman on imposter syndrome to increase the confidence of young people because so often we advocate for a seat at the decision-making table, yet we sometimes are unsure of how to react when granted such an opportunity.

Just moments before presenting this message, I introduced myself to a kind woman in the speaker lounge. I asked her what she did for a living and she responded, “Well, I am the Prime Minister of New Zealand.” Suddenly, I felt like the imposter! As a young college graduate, I felt sheepish standing in the presence of a world leader. I responded jokingly, “Is that all?” and we ended up as good friends. Nevertheless, this experience reinforced Gaiman’s point. I know confidence is essential to our personal development and progress toward social good.

At the conclusion of this incredible week, I visited with students from New York University’s Stern School of Business where we were joined by executives from Fortune 500 companies and industries of digital technology, global health, and climate and clean water. As the concluding speaker, I shared some ways students and businesses are working together to take action on global issues such as by using our purchase power to influence the workforce and private sector leadership.

As young people, we are at a critical point in our lives because the decisions we make now will largely shape our future. Meaningful work can often be found in the details of our lives.

At Utah State University, my passion for public service was stoked thanks to the mentorship of professors in the Huntsman Scholar Program, Shannon Peterson and John Ferguson. They encouraged me to think critically about global issues as I studied abroad in Europe. While visiting the World Health Organization in Geneva, Switzerland I learned about the goals of the United Nations to maintain worldwide peace and security, develop global relations, and foster cooperation between nations to solve economic, social, or humanitarian problems. This global perspective inspired me to act locally to further improve our Aggie campus.

As a result, I ran for USU Student Association President in the spring of 2017 to advance student health, advocate equality, increase idea sharing, promote events, and enrich the cultural experience. During my term as president, the Aggie family created the Aggie Heroes initiative, implemented the Upstander training program to prevent sexual assault, and improved the election bylaws and student code. Throughout my term, I was motivated by a quote from Helen Keller that reads, “Alone we can do so little. Together we can do so much.” At graduation, I knew there was still work to be done to create social good.

Consequently, I spent the summer afterward in the Dominican Republic mentoring victims of human trafficking in principles of entrepreneurship and self-reliance. I am now grateful to continue advocating for human rights as the U.S. Youth Observer to the United Nations. The U.S. Youth Observer program was launched in 2012 to increase youth engagement in global affairs. As U.S. Youth Observer, I travel the country meeting with young Americans to talk about how the UN is relevant to their lives. Through these conversations, I realize that while we all come from different backgrounds, we believe in U.S. engagement at the UN. In fact, this is represented in a recent UN Foundation poll of millennials and Gen Z, which found that 63 percent of young Americans across parties believe that the UN supports America’s interests around the world, especially when it relates to human rights and the environment.

The most critical role of the Youth Observer is to empower young people to be active participants in dialogue on international issues and to have a global impact. I encourage young people to identify problems in their local communities and unite with their peers to find solutions.