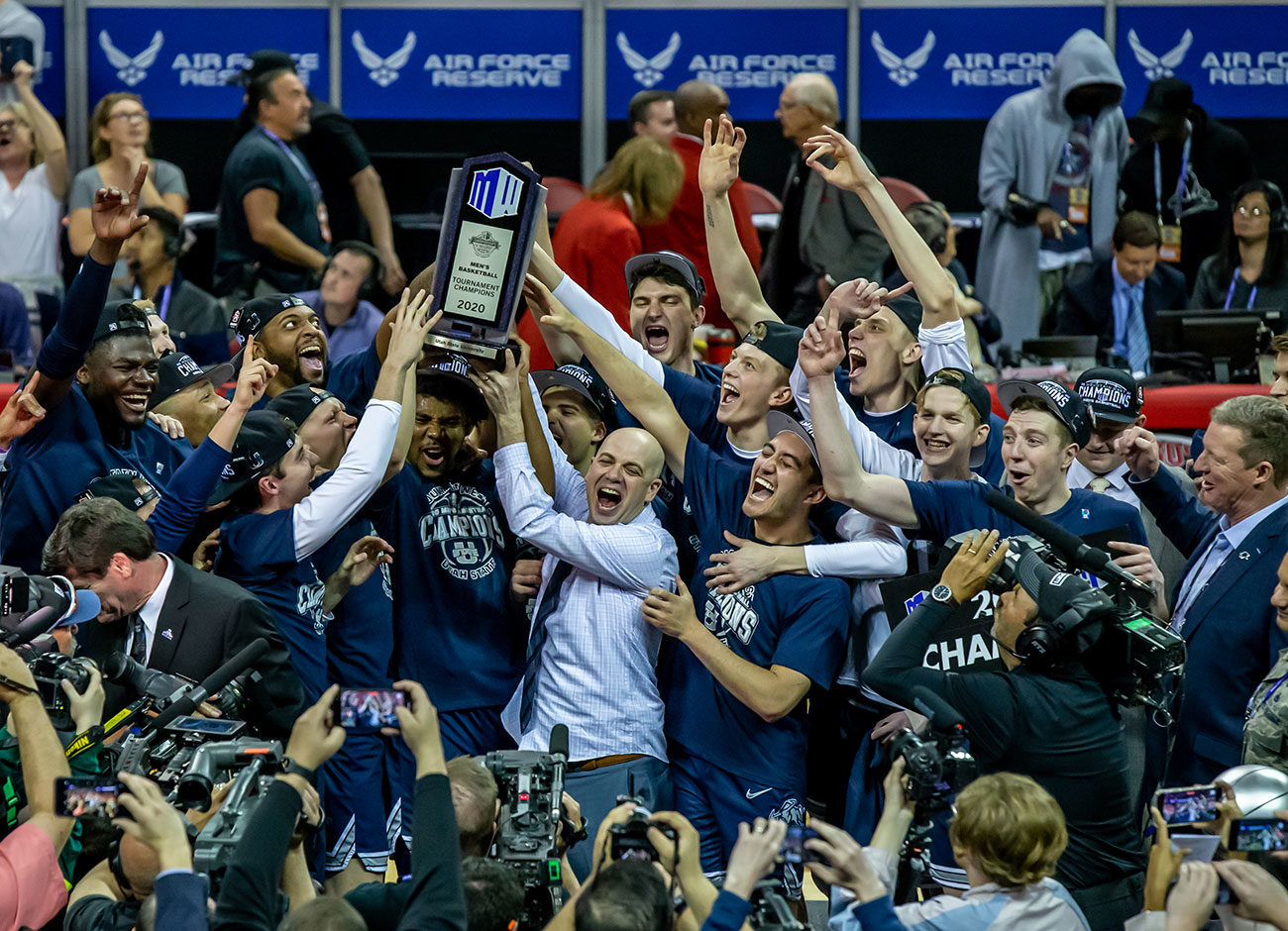 Senior Sam Merrill was walking to practice when he heard the news that his USU basketball career was over.

He read on his phone that the annual NCAA Tournament was cancelled to prevent the spread of COVID-19. While the USU players were mentally preparing for an early end to their season, the official announcement was gut wrenching, the senior guard says.

Merrill led the Aggies to their second straight Mountain West tournament title and sank a 3-pointer with 2.5 seconds left in the championship game to break a tie against San Diego State—a shot that won the game and punched USU’s ticket to The Big Dance.

The team clawed back to a 26-8 record after a disappointing start to their conference play.

“We needed to be knocked down to come back up,” Merrill says. “We fixed ourselves, looked in the mirror, and ended it the perfect way possible.”

Nearly a storybook ending, but with the final pages ripped out.

“We wish there was more,” he admits. “I feel for those spring sports that were just getting started.”